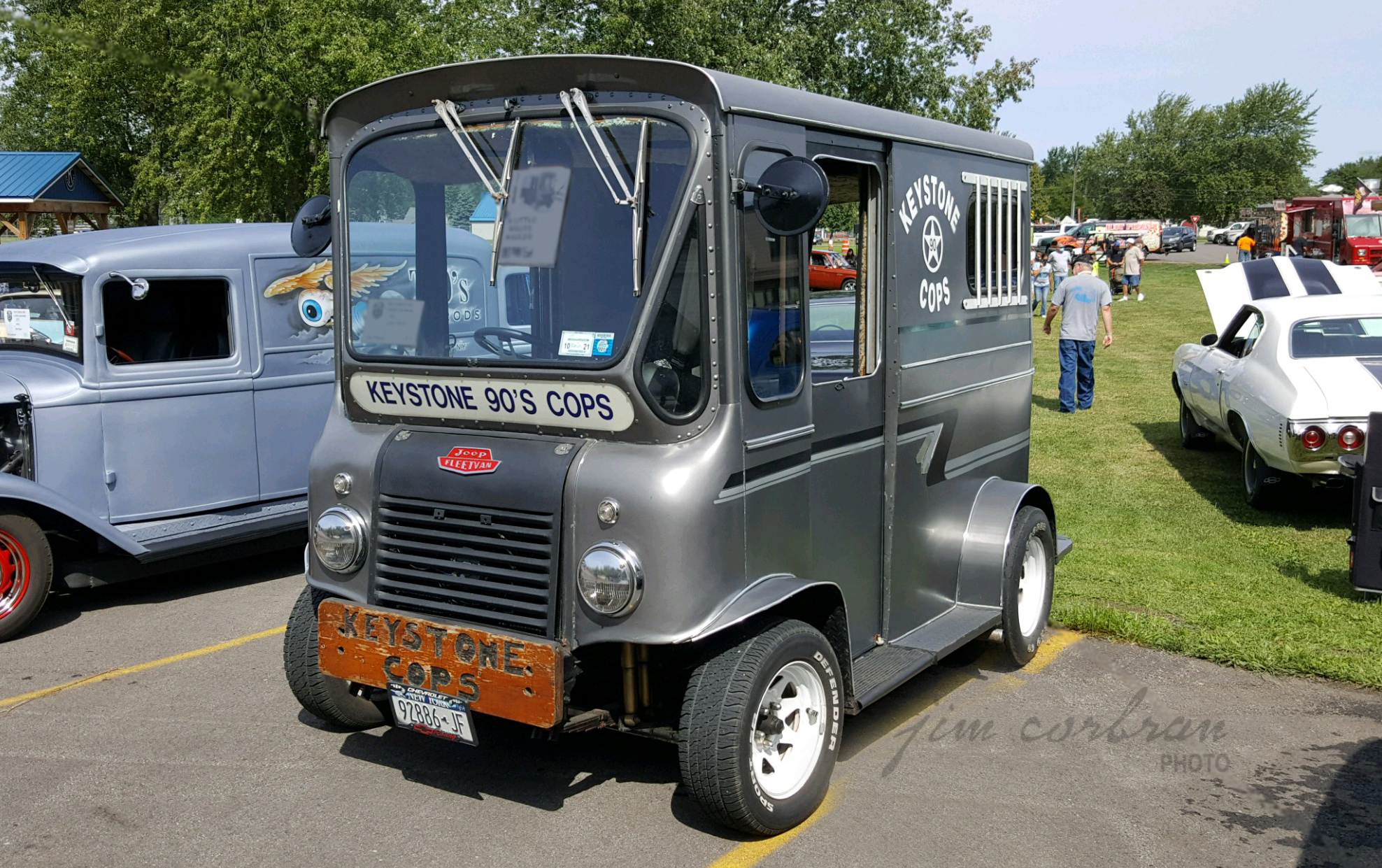 As you can see, this 1961 Jeep Fleetvan has been turned into the ride of choice for a local Keystone Kops group. Compare it to the original Kops and their ride from almost 100 years ago in the photo at the bottom of the page. The Fleetvan was a rear-wheel drive delivery vehicle produced by Kaiser-Jeep. Vehicles produced under contract for the United States Postal Service had right-hand drive and a horizontal front grille, while the private sector vans had their steering wheels on the left, as well as a more Jeep-like vertical slot grille up front (just beneath the driver’s feet!). We saw today’s RealRide back in 2020 at one of the few car shows that didn’t get cancelled. Well, it wasn’t entirely cancelled, but the taste part of that year’s Taste of West Seneca Car Show got nixed, producing in its place the Tasteless Car Show in of course, West Seneca. 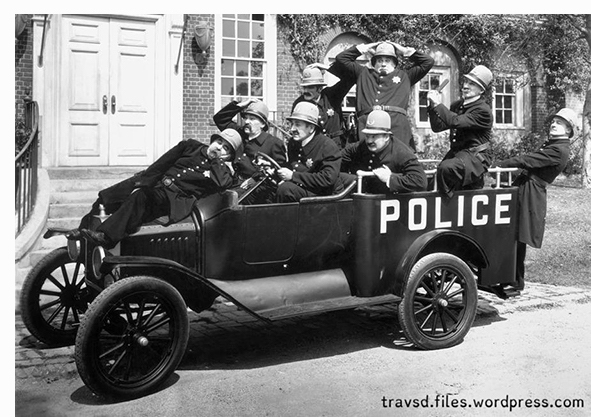