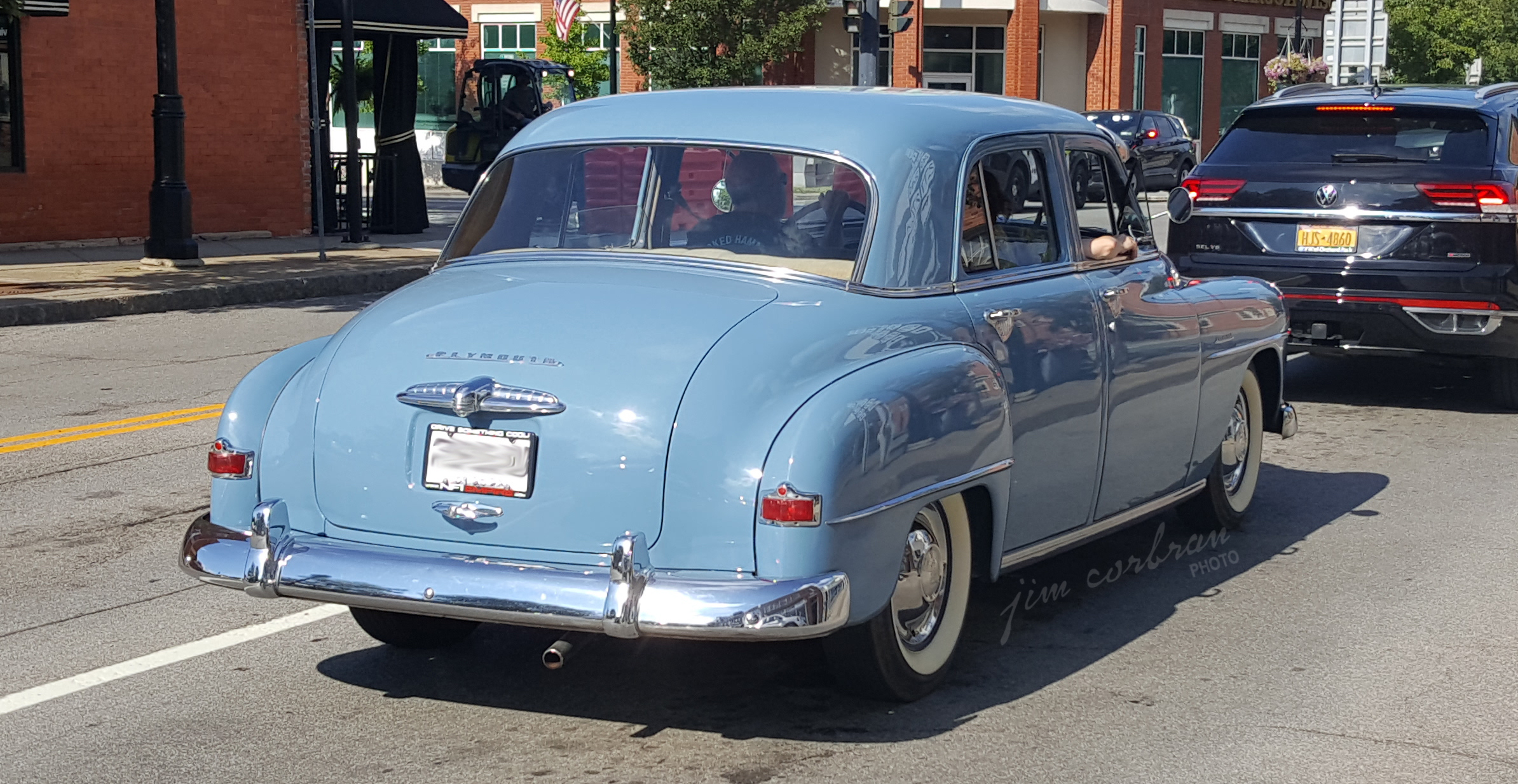 If you’re looking at this 1951 Plymouth Cambridge and saying “How do you know it’s not a ’52 Model?” I’ll point out the main (but very minor) difference between the two (at least from the outside): on the trunk lid, look for the “Plymouth” lettering. On the ’51 it’s a few inches above the license plate light housing, while for 1952 it became integrated into a new, reshaped housing (see the brochure illustrations below). Okay. Then how can you tell it’s not a 1950 model, as the ’50 & ’51 shared that rear feature? That’s simple. The front grille & hood area were completely different for MY 1950, even though on the ’51 & ’52 they were virtually identical. We saw today’s RealRide over the summer in Orchard Park.