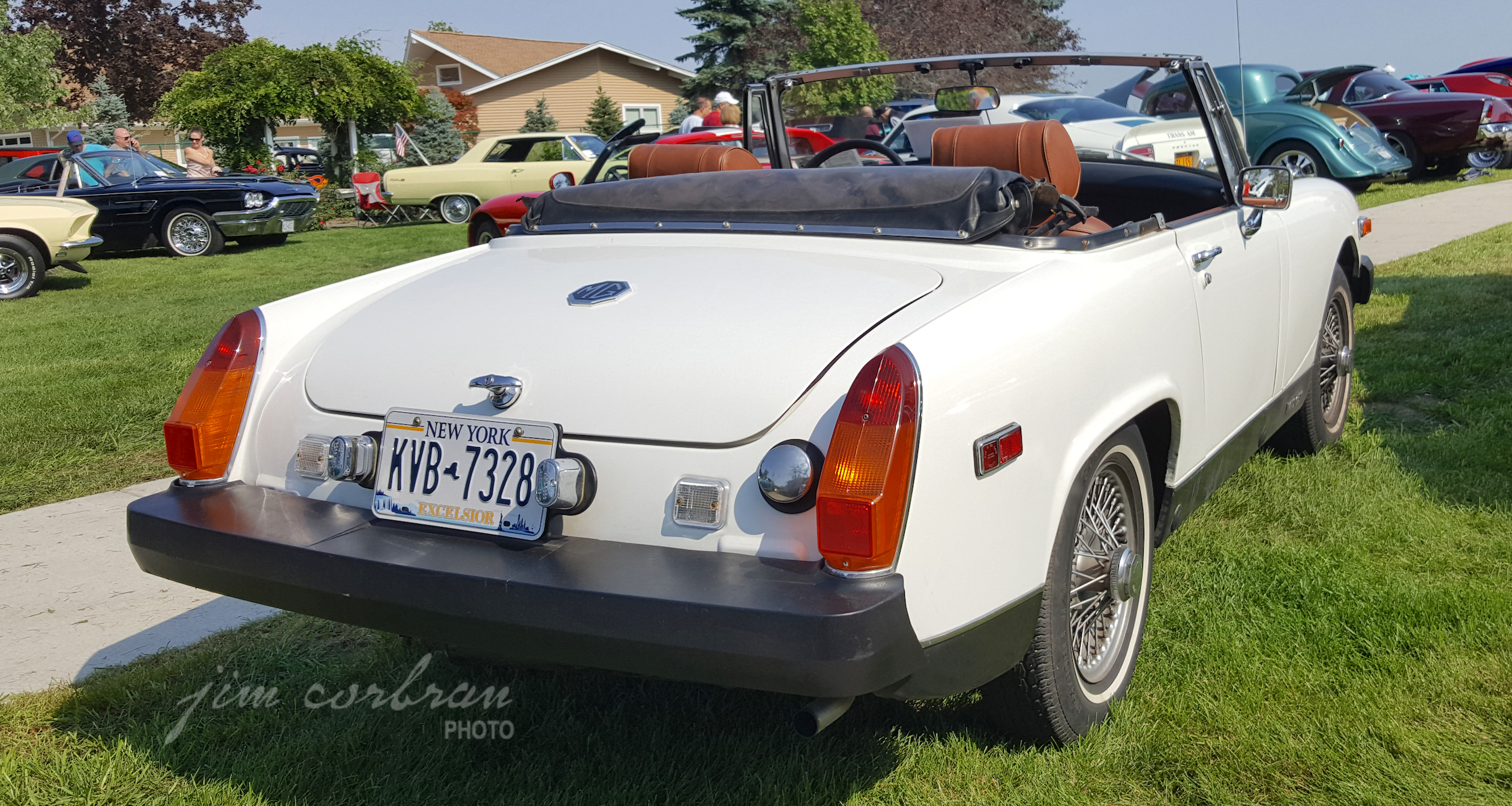 When this 1975 MG Midget was new, the typical sports car as a British convertible/roadster wasn’t long for this world. Thank you very much, Datsun 240Z. The Midget et al. were getting a bit long in tooth by 1975, having been introduced years ago (the Midget debuted in 1961 — see brochure illustration below), albeit with some upgrades along the way, but they were still pretty old designs in a modern automotive world. Regular readers of this space won’t be too surprised to hear that I think the whitewalls, along with the factory wire wheels, do a lot to dress up today’s RealRide, seen back in September at the 43rdAnnual Buffalo Launch Club Car & Boat Show on Grand Island. 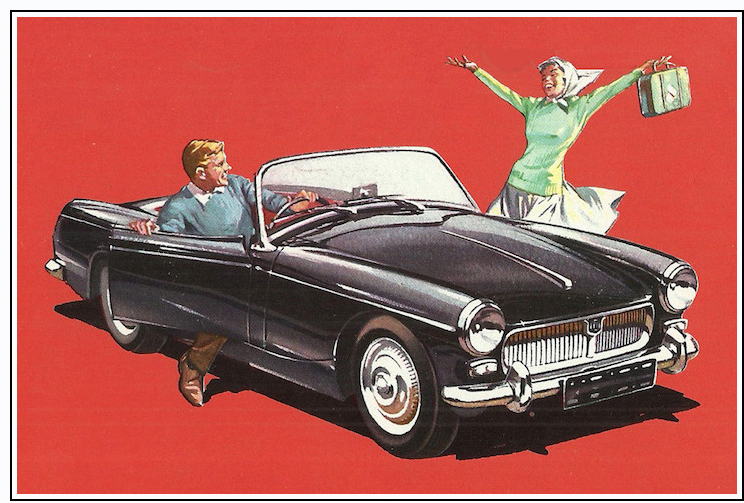