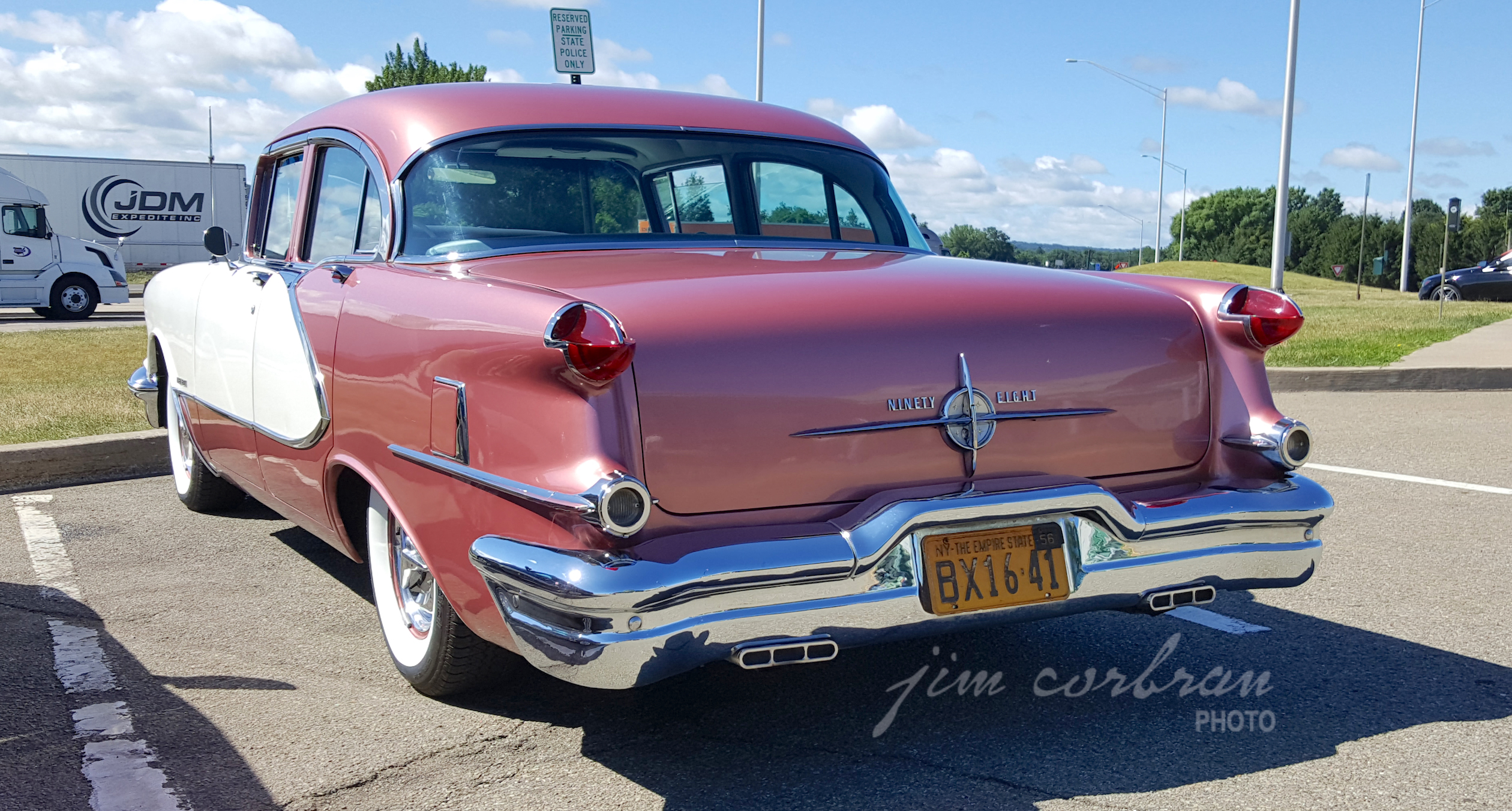 When this 1956 Oldsmobile Ninety-Eight passed us on the I-90 in Chautauqua County this past summer, we were wishing we had a co-pilot along to take a few quick photos. Luckily, as we approached the rest area just over the Pennsylvania state line there it was in the parking lot. The top-line Ninety-Eight series did have a four-inch longer wheelbase than the 88 and Super 88 models, but visually they weren’t all that different. As Olds told us, “Unlimited luxury, pleasure and prestige are personified in the distinguished Ninety-Eight Four-Door Sedan — the ultimate in good taste.” The rest area where we took the photos is in North East, Pennsylvania.