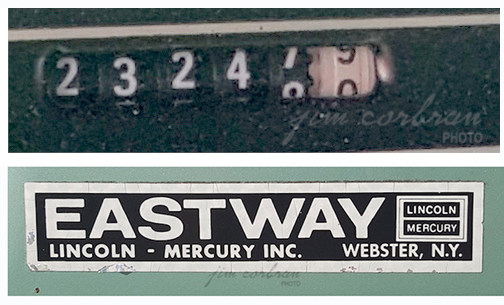 It’s not uncommon at a car show to see a car much older than its owner, but it's not often a car from the disco era. In my experiences it’s usually along the lines of a car from the 1930s or 1940s owned by someone born in the 1950s or 1960s. So it bodes well for the hobby to have met Buffalo’s Matthew Cehulic at this year’s Toy Town Car Show in East Aurora, who was there with his low-mileage (see inset) 1978 Mercury Grand Marquis. That’s him wearing the color-coordinated green felt hat in the top photo, and the age gap between him and his car is about 18 years. On the back of the Grand Marquis is a dealer sticker from Eastway Lincoln-Mercury in Webster, New York, a dealership which filed for bankruptcy in 1996. They were located on Empire Boulevard, in a building which looks like is now the home of Ron’s Auto Repair.

Got a RealRide you'd like to see featured here 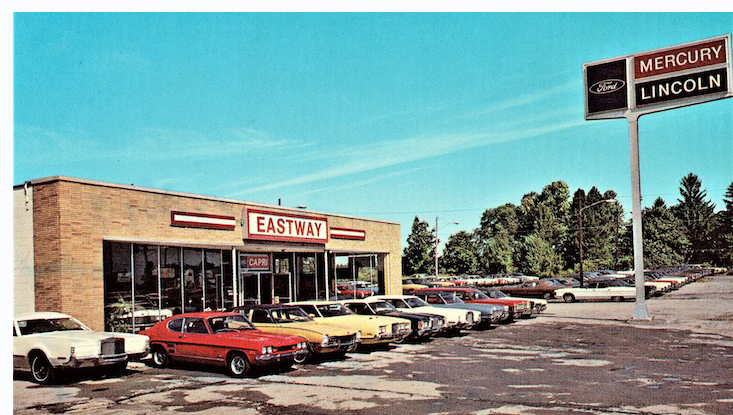