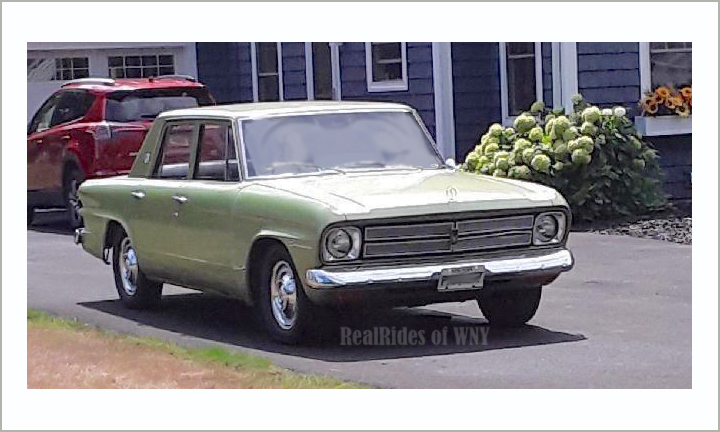 Our pals Eric & Amy Pease of Greece sent in this photo of a 1966 Studebaker Commander which they came across in a Webster driveway over the summer. Model year 1966 was the grand finale for the venerable old Studebaker nameplate. They produced a total of only 8,947 cars in their Hamilton, Ontario plant that year: both sixes and eights (bought from Chevrolet) were available; Commanders, Wagonaires, Daytonas, and Cruisers in two- and four-door sedans and sliding-roof station wagons. The last Studes to come out of their South Bend, Indiana plant were built in 1964, which is also the final year they used the Lark name; beginning with MY 1965, they were very similar cars, but they were just Studebakers with the four series names attached. Below is an article from the Nov-Dec issue of Special Interest Autos, which shows what a 1967 Studebaker might have looked like had it been produced. 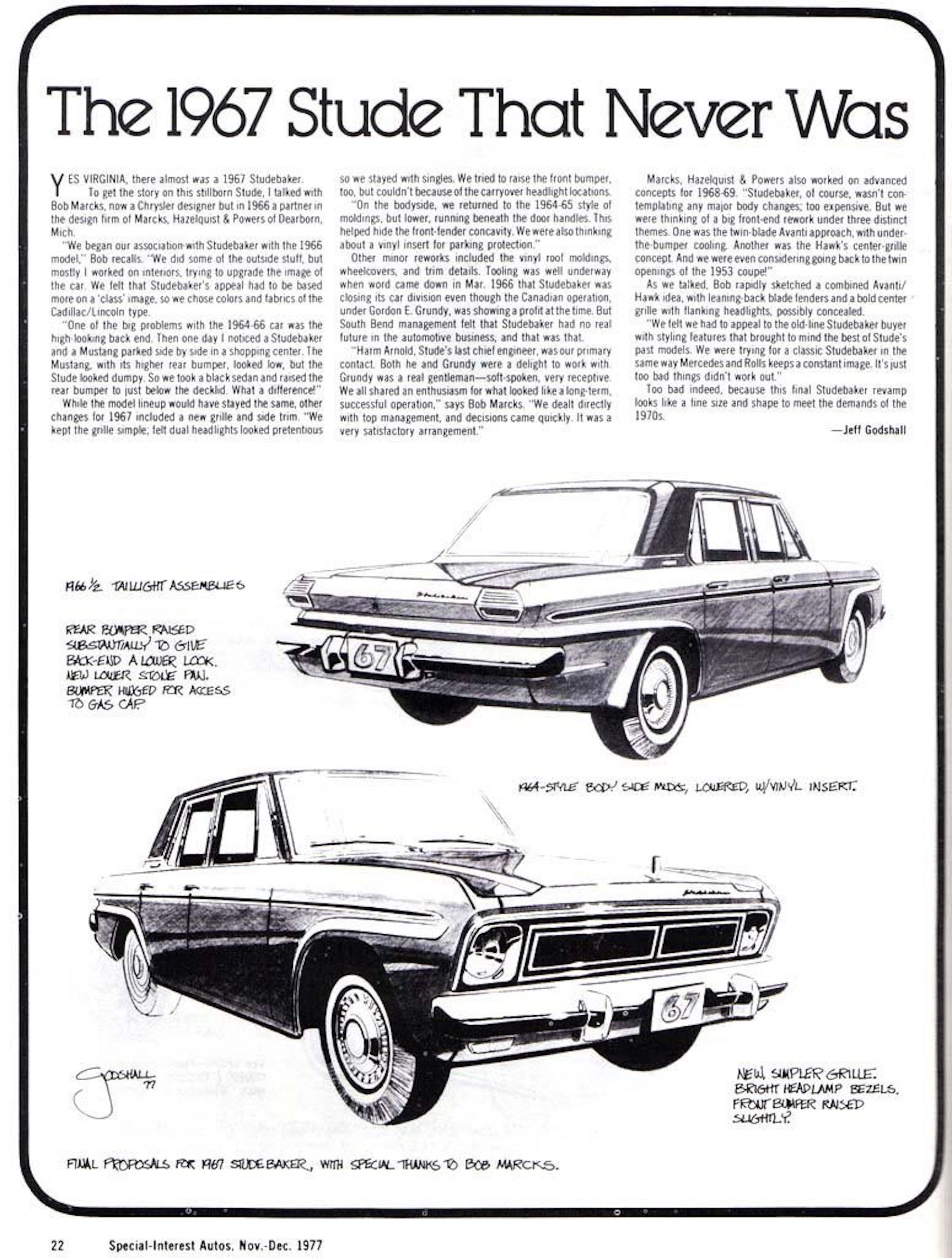