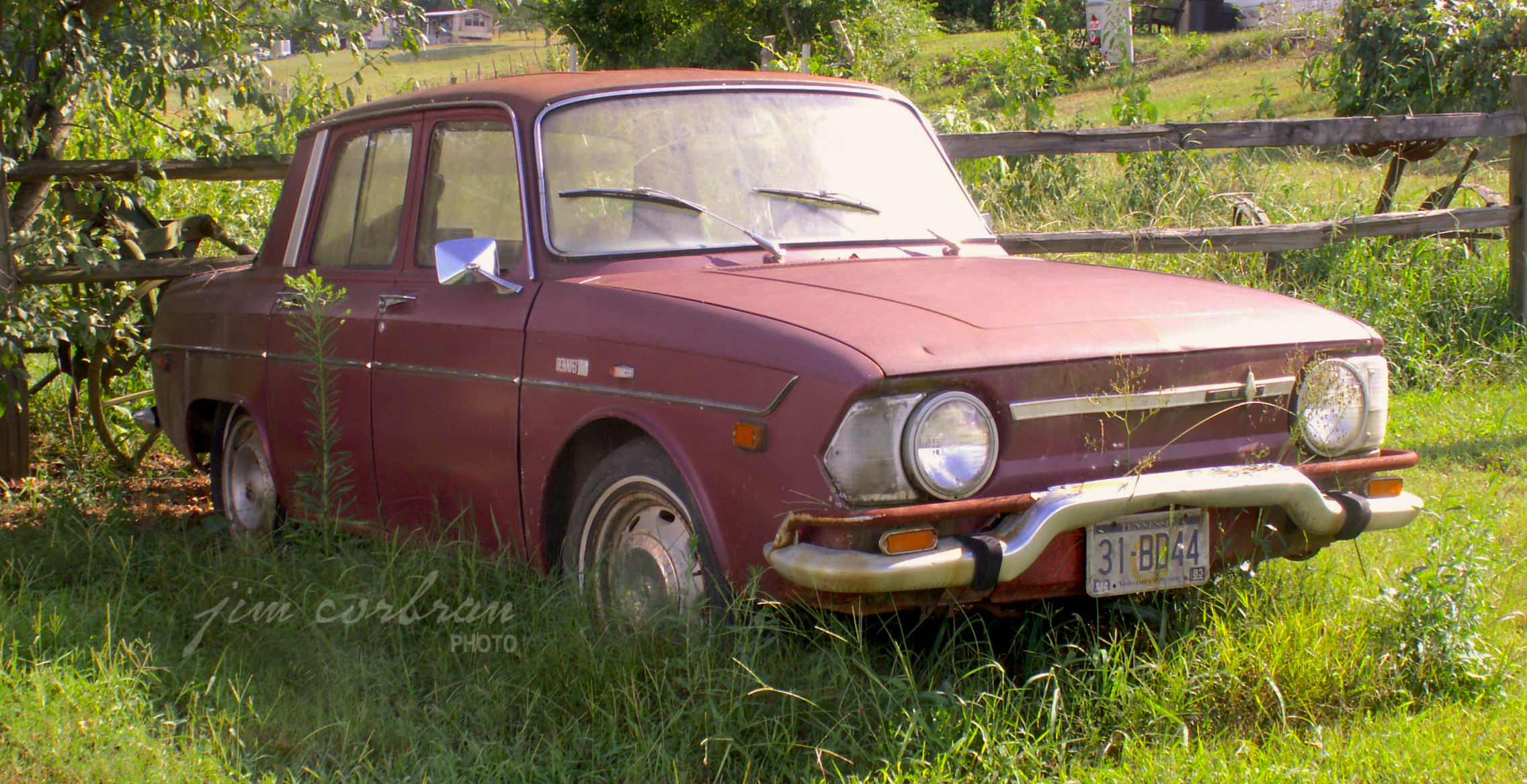 The brochure writers wanted to cover their bases when this 1968 Renault 10 was being marketed. It was a somewhat ancient rear-engine rear-drive design, being sold alongside the new Renault 16, which was a front-drive front-engine four-door hatchback. So they cleverly pointed out the advantages of having the engine over the drive wheels, as seen here in a blurb in the inset. Mission accomplished! They also seemed to know that back in 1968, whitewall tires were still very popular in North America… but which ones? So in one brochure the cover photo featured the more traditional (at the time) somewhat wide band of white seen below in the top photo, while the car in the bottom ad photo is shod with what looks like a set of very narrow-banded whitewalls from, I assume, Michelin. We found today’s RealRide while on a drive near Pigeon Forge, Tennessee a few years ago. 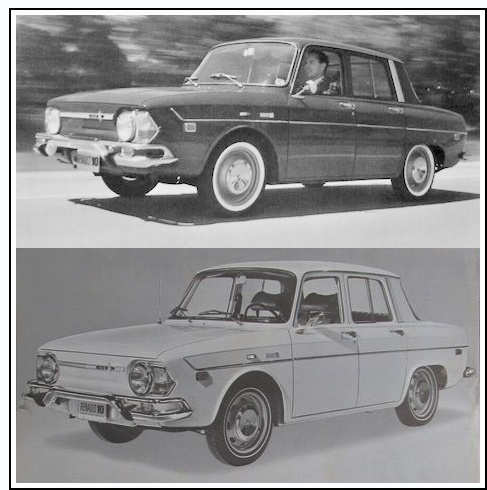