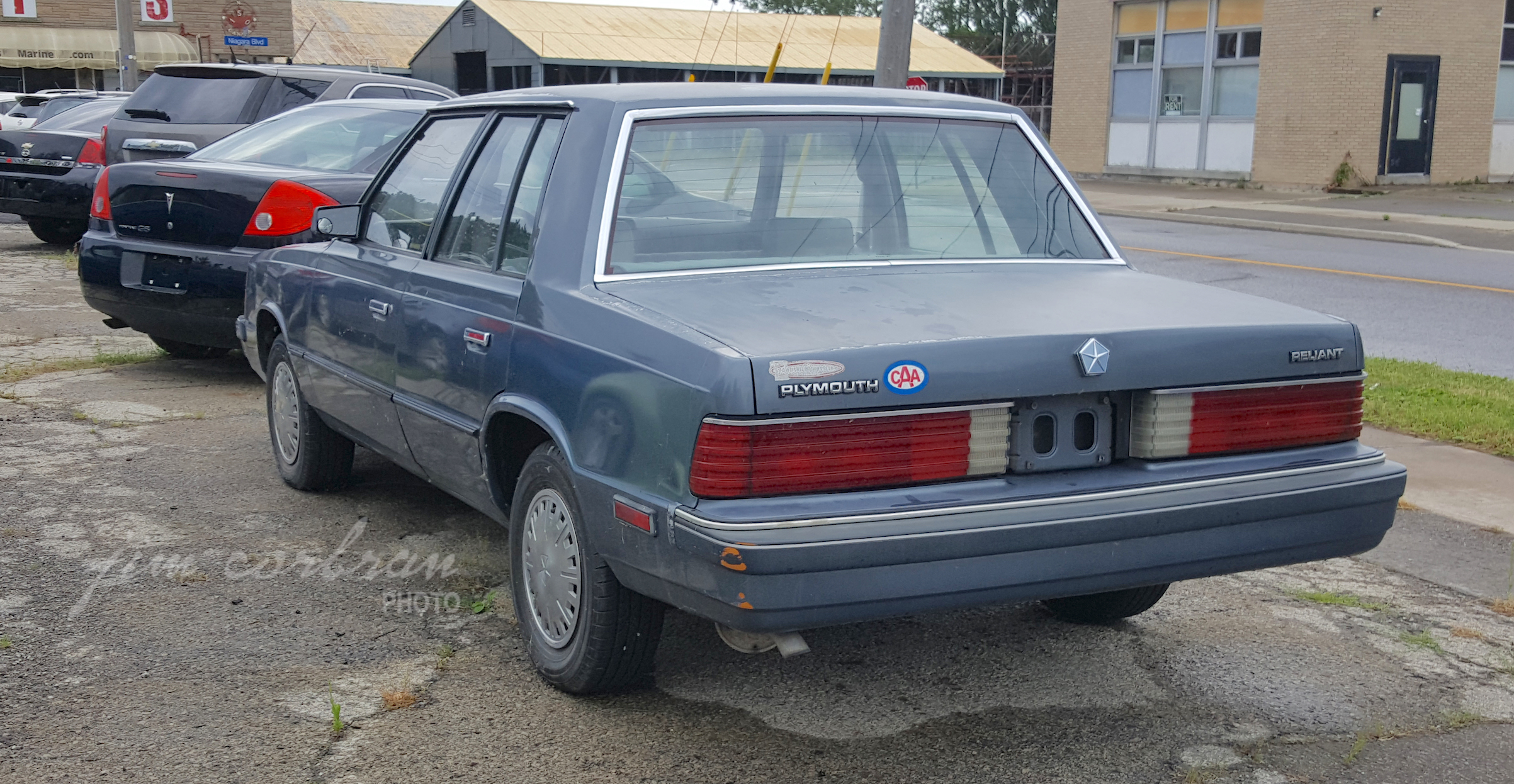 Came across this 1985 Plymouth Reliant over the summer in a parking lot in Fort Erie, Ontario. This is another case of “Where’d they all go?” as Chrysler sold almost 138,000 Reliants for MY 1985 (and another 118,000 of the almost identical Dodge Aries). Seen one lately? This one, other than some failure of the paint job, looks pretty much intact. It’s even wearing four wheel covers fer cripe's sake! All Reliant/Aries models for 1985 were powered by one of two inline fours: a 2.2L was standard, while a 2.6L Mitsubishi-sourced engine was optional. Body styles were two- and four-door sedans and four-door station wagons. Series designations were base, SE, and LE.