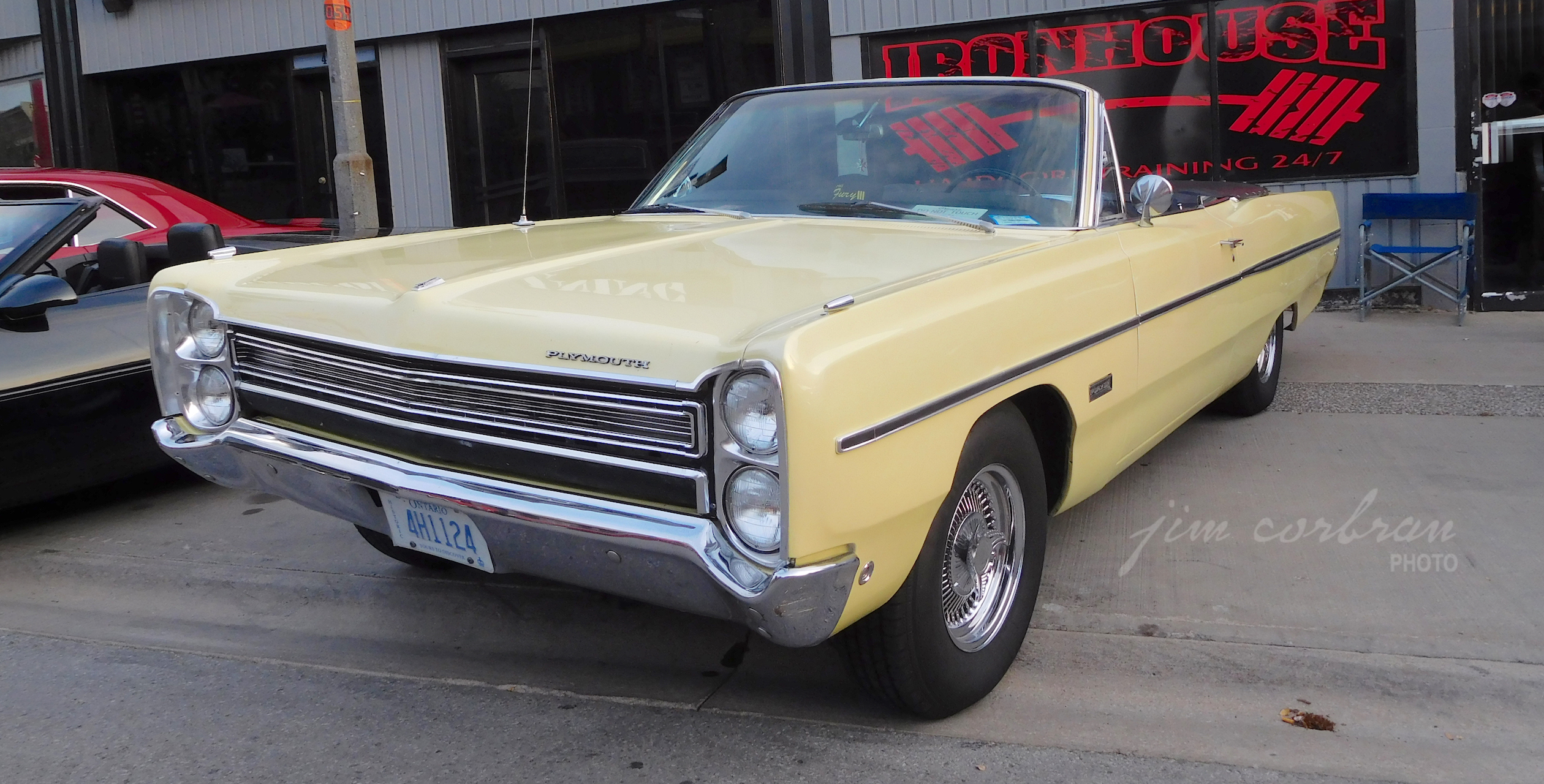 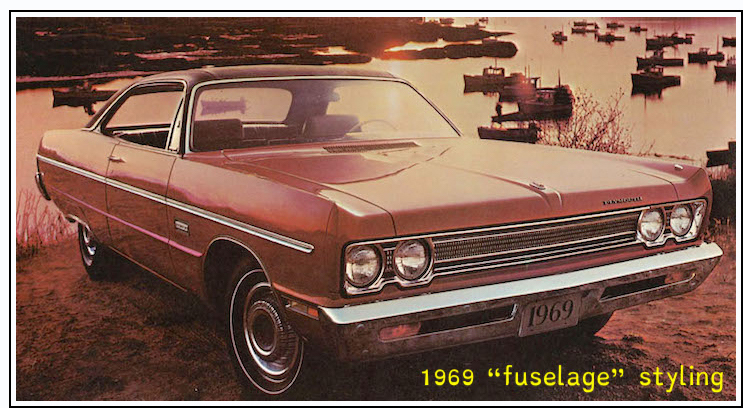 When this 1968 Plymouth Fury III was new, the North American car market was pretty much in its rectangular mode. Lots of crisp corners and upright angles (bottom photos). Not everybody, mind you, but it was quite a contrast from what we’re seeing on the roads today. Just a year later, the entire full-size Chrysler Corporation lineup would introduce the fuselage school of styling — narrow tops & bottoms with wide sides Still though, rather angular (see '69 Fury III inset photo). We saw this nifty RealRide back in 2017 at a weekly Cruising On the Q cruise night on Queen Street in Niagara Falls, Ontario. 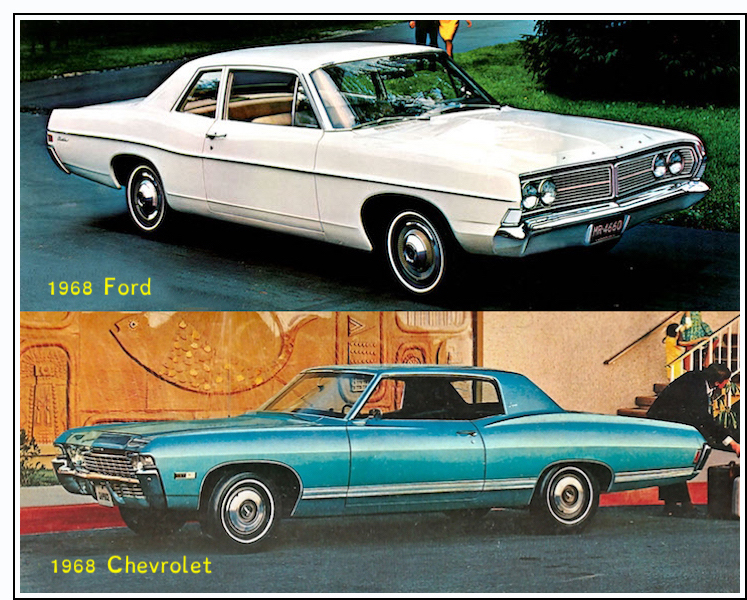