At a glance, there’s not much of a difference between this 1974 Dodge Dart Swinger and its cousin the Plymouth Scamp. Up front, the Dart’s clip (bumper, grille, and hood) is pointed compared to the Scamp’s more blunted shape, and out back the Dart’s taillamps are two separate lenses whereas the Scamp’s shapes are pretty much a continuation of the vertical trim band between them. See the Scamp comparisons below. Surprisingly, IMO, one promotional piece for the ’75 Dart lineup compares them to Chevy’s Vega and Ford’s Pinto & Mustang II. Not surprisingly, the Dodges are larger in every dimension with a bigger standard inline six (compared to the other three’s 4-cylinder powerplants). It would be three more years before Dodge’s true Pinto/Vega competition, the subcompact Omni, would debut. In 1974 the Dart’s competition was more like the compact Chevy Nova & Ford Maverick. We saw today’s RealRide over the summer in Brant. 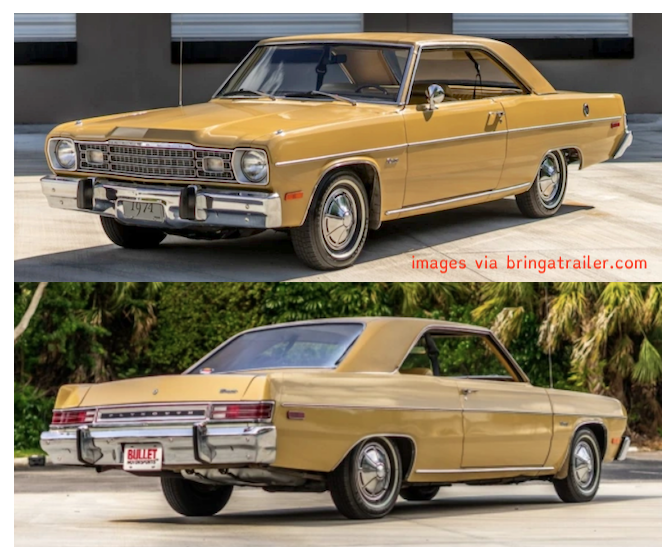