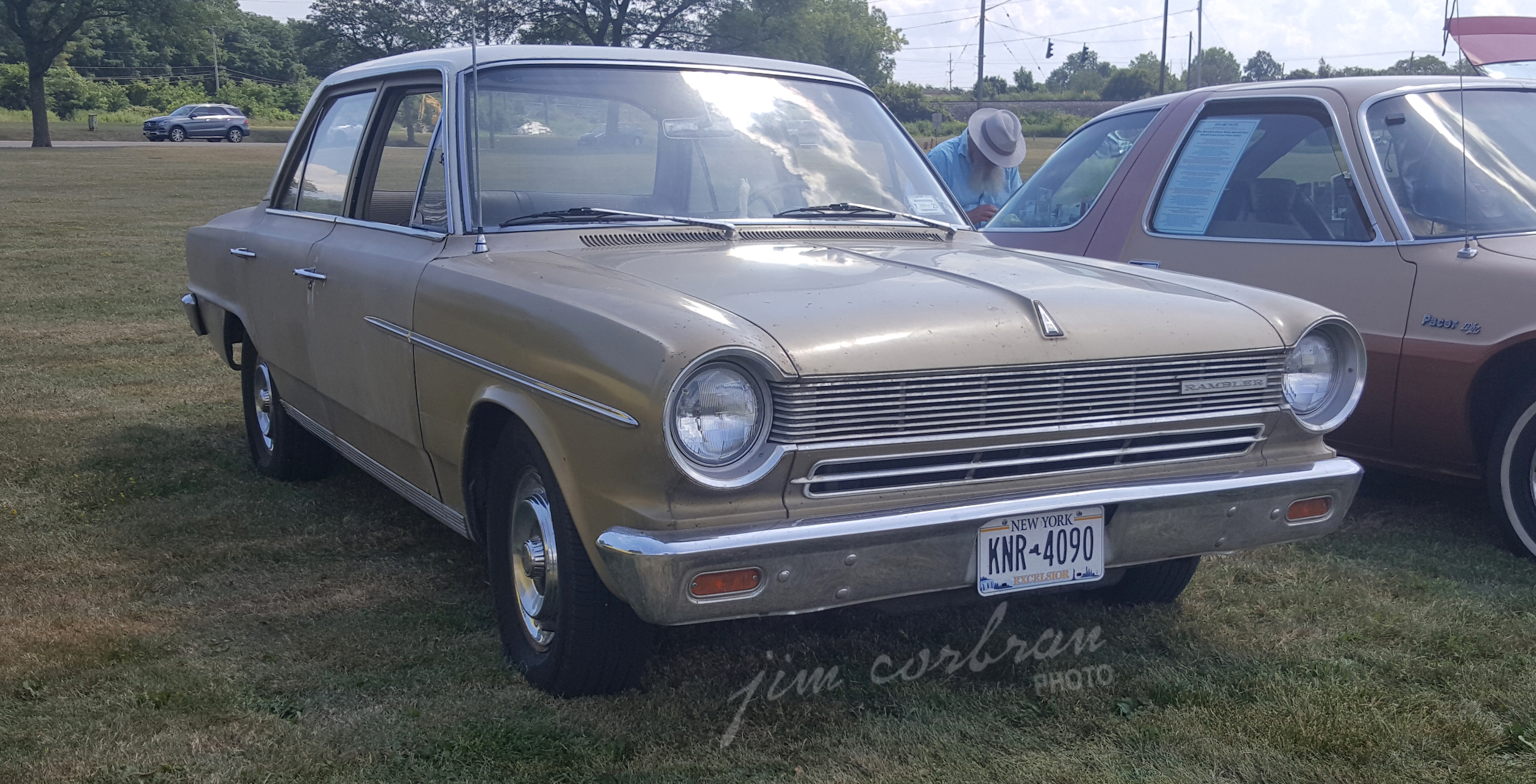 This 1964 Rambler American 440 was spotted (along with a few other AMC models) in Lockport this past summer at the 22ndAnnual UAW/GM Lockport Car Show. The American was new from the ground up for MY 1964, an “All-new line of heart-teasing compact hardtops, sedans, wagons and convertible. Longer lower, lean and luxurious…” Rambler’s 1964 X-RAY brochure, in comparing the American to other U.S. compacts, told us how the new American, even though it had grown in size from the 1963 models, was “…still the most compact of cars — easiest to park, handle and garage. There is no cumbersome, overhanging sheet metal.” It was, IMO, a great design, and one that would last through MY 1969, after which it finally bowed-out for the arrival of the 1970 Hornet.