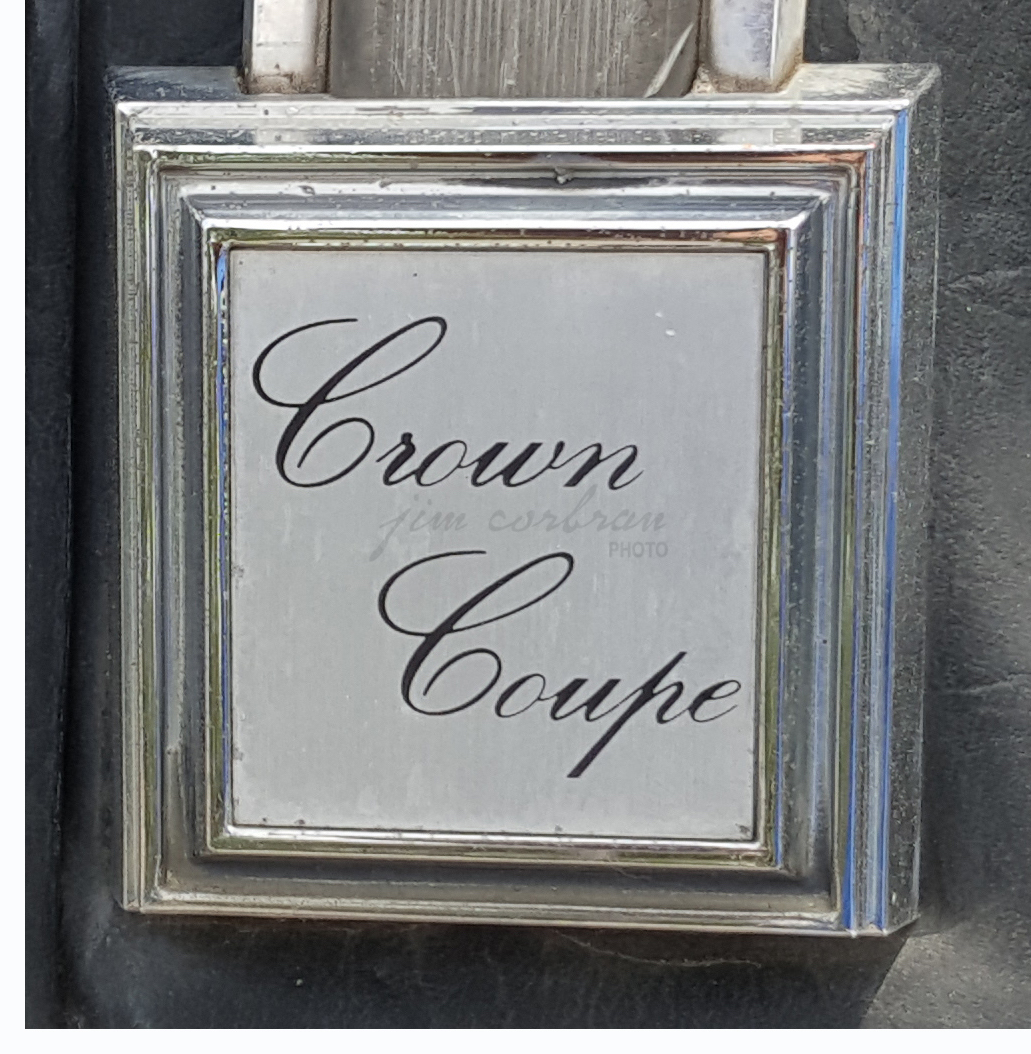 Just a few years before this 1979 Chrysler Cordoba Crown Coupe was produced, it seemed unlikely that Chrysler would ever sell anything smaller than its Newports, New Yorkers, and Town & Country wagons. But a shift in the market, egged-on by rising gas prices, brought forth their first less-than-full-size car — the Cordoba personal luxury coupe. We recently came across this one just down the street from the RealRides home offices in the City of Tonawanda. This one has the Crown Roof package which consisted of: “padded Laredo-grain vinyl landau roof, ‘Frenched’ rear window and opera window treatment, illuminated roof band, and body-side and upper-deck paint stripes.” This one also has a lift-off T-Top roof. There’s a plaque on the trunk lid from Grogan Chrysler-Plymouth (who had been around since 1959), which at the time was located on Jackman Road in Toledo, Ohio. That location is now occupied by SMB Restoration Specialists, but the dealership still exists (under new ownership) as Grogan’s Towne Chrysler Jeep Dodge Ram on Telegraph Road there in the Glass City.