This 1964 Lincoln Continental, seen over the summer in Buffalo, has some pretty non-traditional big wheels & tires, but at least they’re not the sort that require a step stool to get in. This was the fourth year for the suicide-doored edition of the luxury car from Ford, and it still retained the same basic shape introduced for MY 1961. Today’s RealRide has a tag on the trunk lid from Fran Krul Lincoln-Mercury, a dealership which was located in downtown Rockford, Illinois for 60 years before closing shop back in 2012 due to the demise of the Mercury nameplate in 2011 (which was half their business according to a newspaper article from the day). 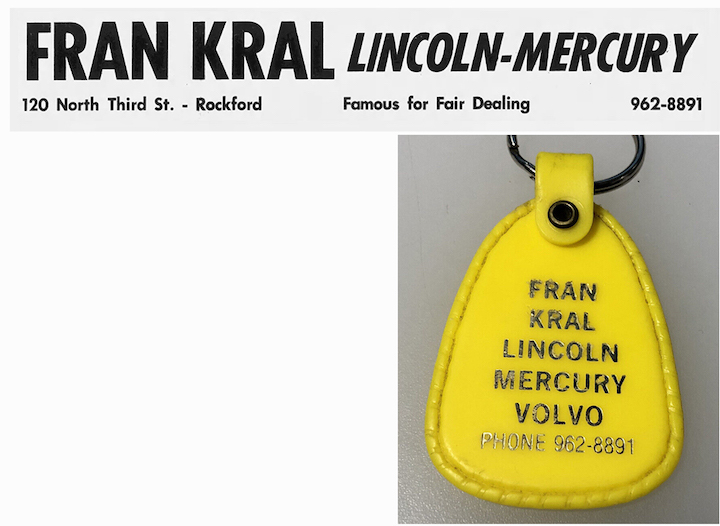