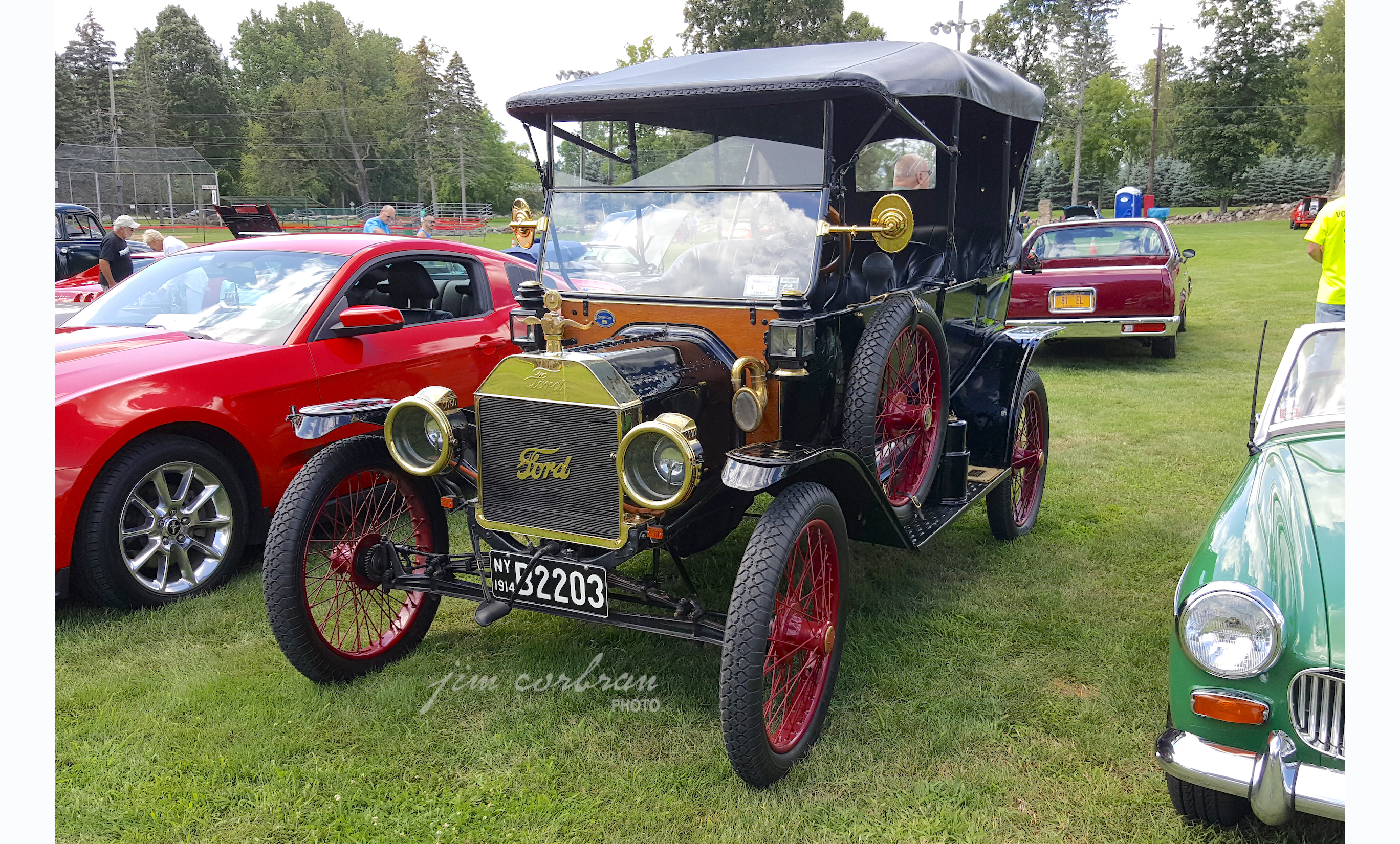 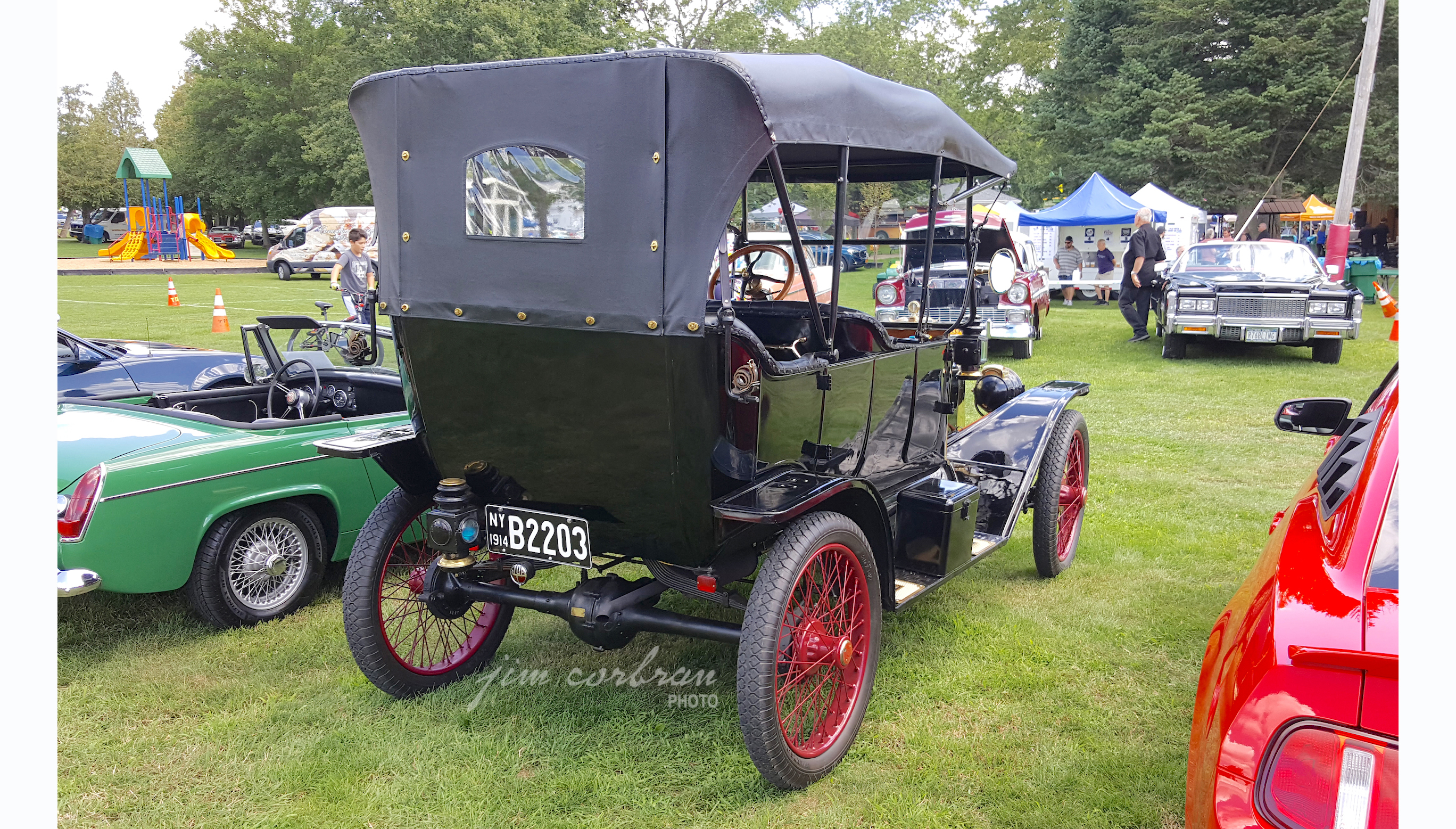 I was pretty surprised to find any online literature for this 1914 Ford Model T Touring Car. I’m not sure why I was surprised, as they did have printing presses 108 years ago, as well as marketing departments and eager salesmen (I assume they were mostly — if not all — men in 1914). And like today, the marketing department didn’t shy away from patting itself on the back: “…rarest inventive genius… substantial business ability and integrity… ten years of unexampled progress and development.”  “The Ford Motor Company might almost be likened to the Government of the United States, for the public buys Ford cars with the same assurance and faith that it buys government bonds.” Whew! According to the brochure, the Touring Car had a $550 price tag, f.o.b. Detroit. It also mentioned “No cars sold unequipped.” (?) We came across this example at the 2021 Taste of Clarence & Cruise Night in Clarence at the Town Park. 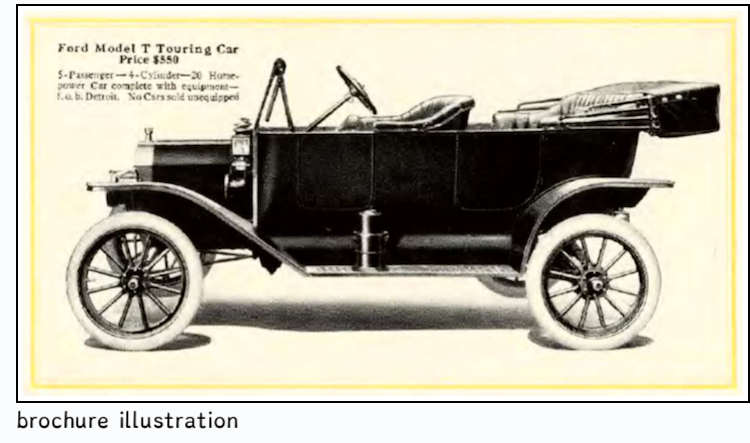