In the literature, the 1973 Buick LeSabre was called “the standard big Buick.” Some of us would call it the base, or entry-level model. Today’s RealRide is just a notch up from there, being a LeSabre Custom, which added a bit nicer interior and a bunch of exterior brightwork. We’re guessing that this one’s painted in what Buick called Bamboo Cream. Out back is a trunklid sticker from Bartlett Buick, which was located at 3080 Main Street in Buffalo for years before being sold and having its name changed to Wilson Buick in 1989. That location is now home to Four M Car Sales. We saw the LeSabre at a weekly cruise night at Hoover’s in Sanborn, back in the summer of 2020. 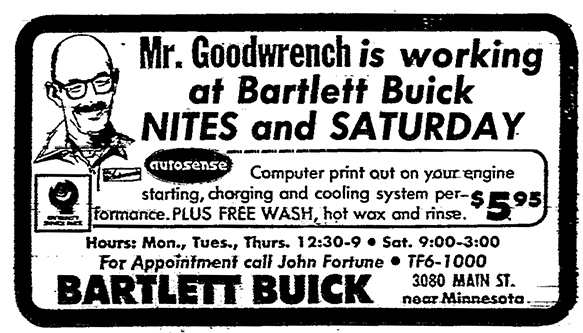