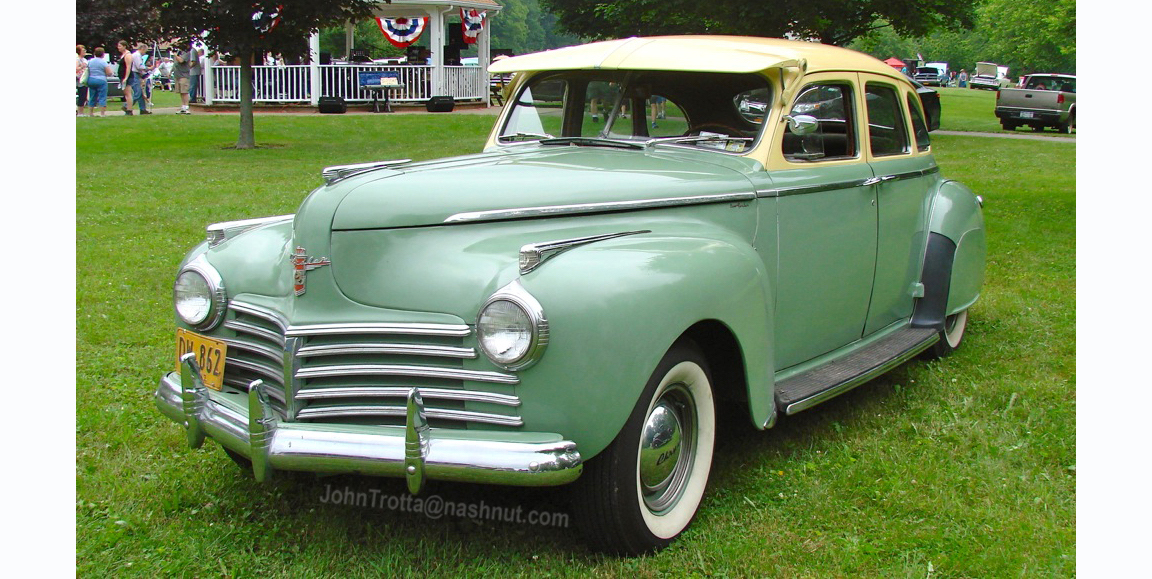 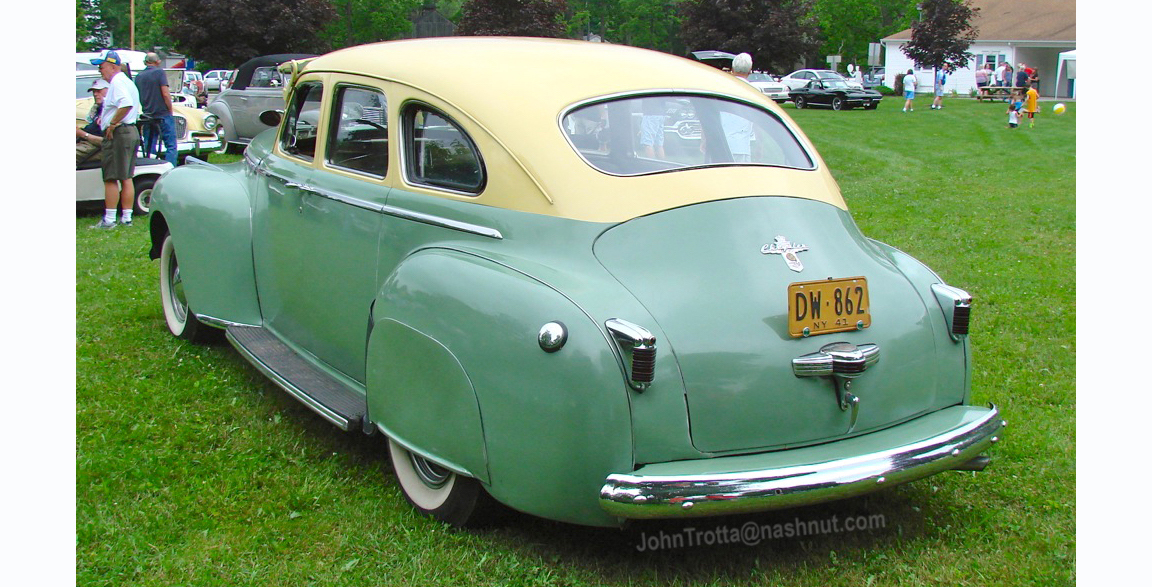 We couldn’t make it to the 2015 Antique Automobile Club of America Car Show in Elma, but John Trotta did go, and he was kind enough to let us share his photos of this 1941 Chrysler New Yorker Six-Passenger Sedan. (There was another NYer four-door called Town Sedan, which didn’t have the extra rear quarter window in the C-pillar behind the back door — see the brochure illustration below.) What really caught our eye when we spotted this car on John’s page at nashnut.com was the paint scheme. The brochure mentions “… a variety of beautiful new colors and some striking two-tone effects.” Well, this is certainly one of them. Searching the 1941 color guide though, we couldn’t come up with this color scheme, as the reference we saw listed: gray and blue, light and dark green, tan and maroon, and gray and green. We found this actual car online at osctanefilmcars.com, which described it as “Turquoise.” Well that’s no help! Anyone out there who can shed any light on this? We’re stumped.

**Edit 12/3/22 — Octane's Jamie Kitman reminded us that this car was used in the 2021 Guillermo del Toro movie "Nightmare Alley," part of which was filmed here in Buffalo.
(see photo below) 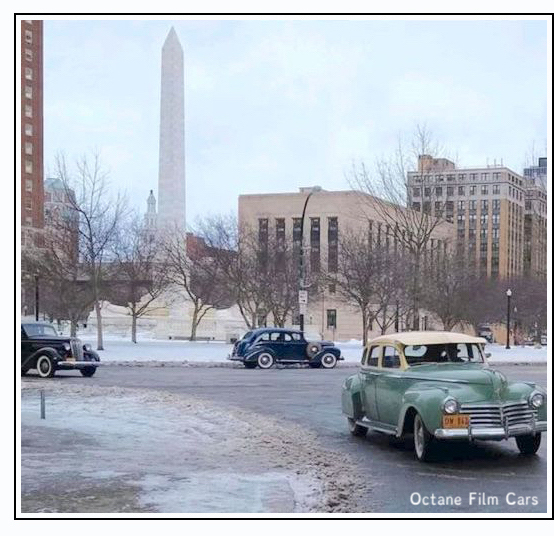 
A new post appears daily on buffalocars.com, featuring old/interesting cars & trucks either seen in and around Western New York, seen by WNYers in their travels, or seen somewhere on the road by ex-WNYers.