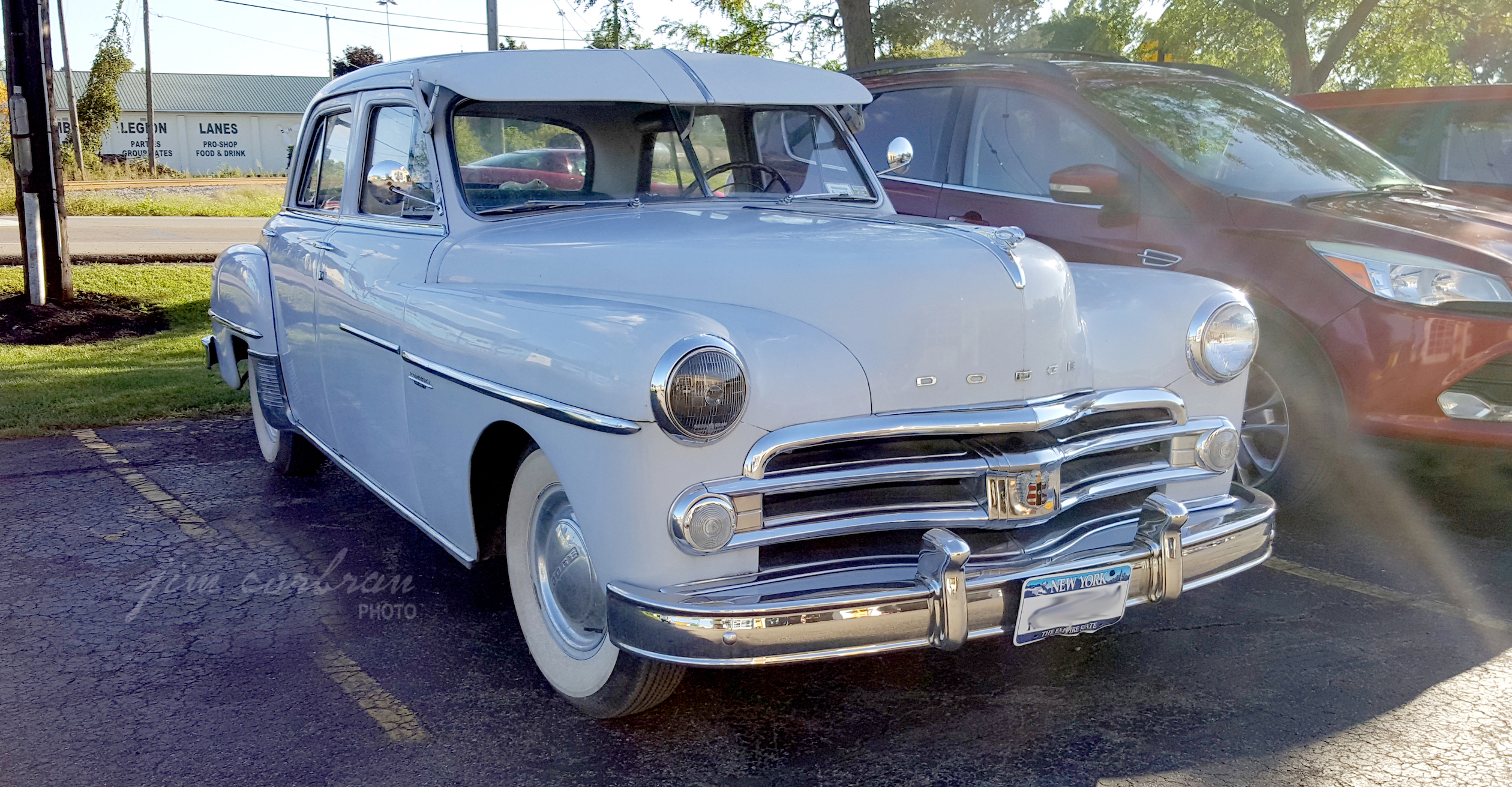 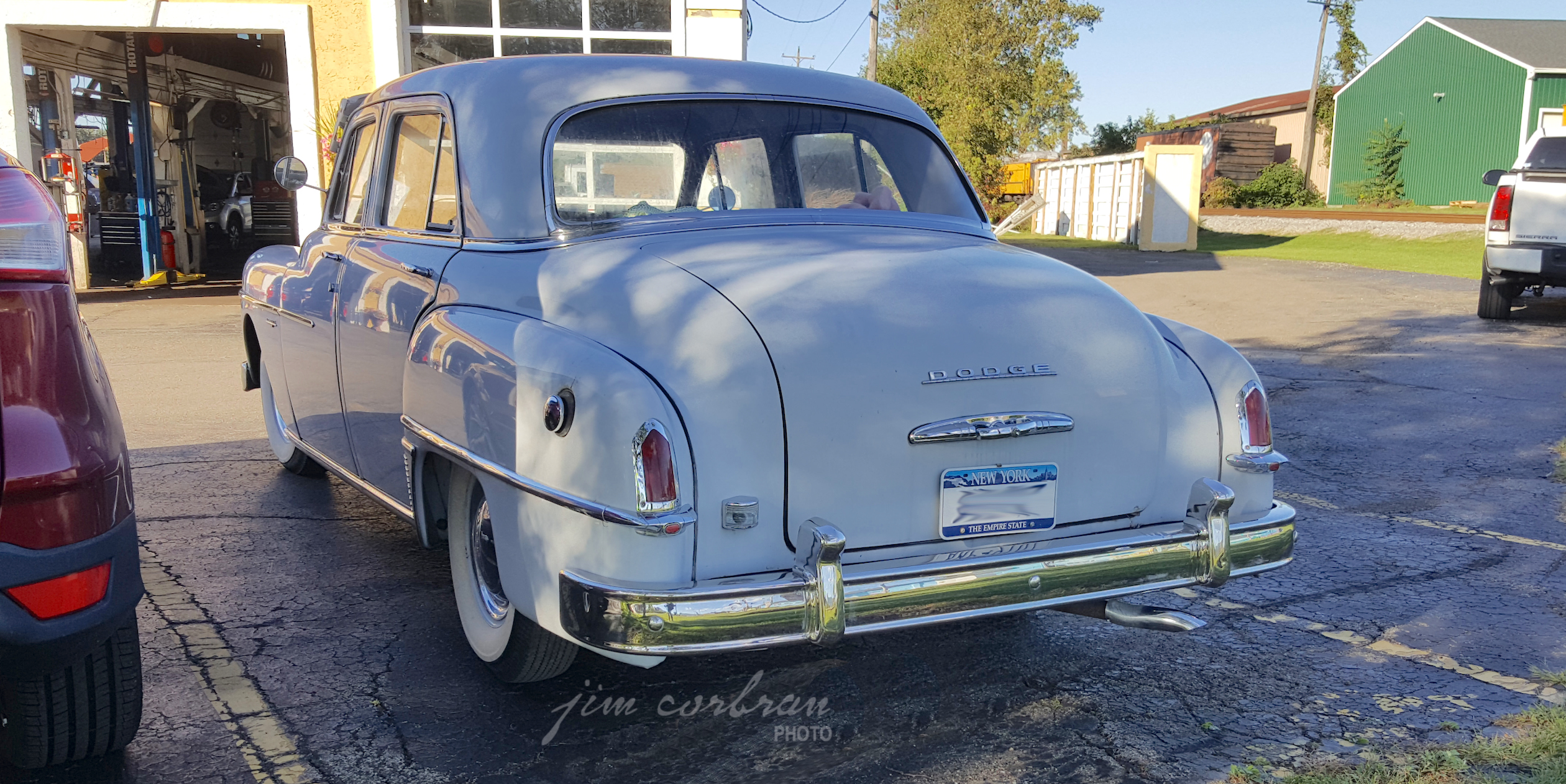 This 1950 Dodge Coronet is a little more conventional looking than the last 1950 Dodge we featured on this page (see it here @ buffalocars.com). Still sporting a stock paint job, wide whites, and all of its badges and emblems, this one looks pretty much like it probably did when it left the factory. Well, maybe it didn’t have a burned-out right headlamp that day, but, you know what we mean. Speaking of lights, in 1950 we were in the infancy of the backup lamp, which was still an extra-cost option. And when they said “back-up lamp,” they meant it literally — just one, on the driver’s side between the taillamp and the trunk opening. We saw this one over the summer in the Village of Hamburg.