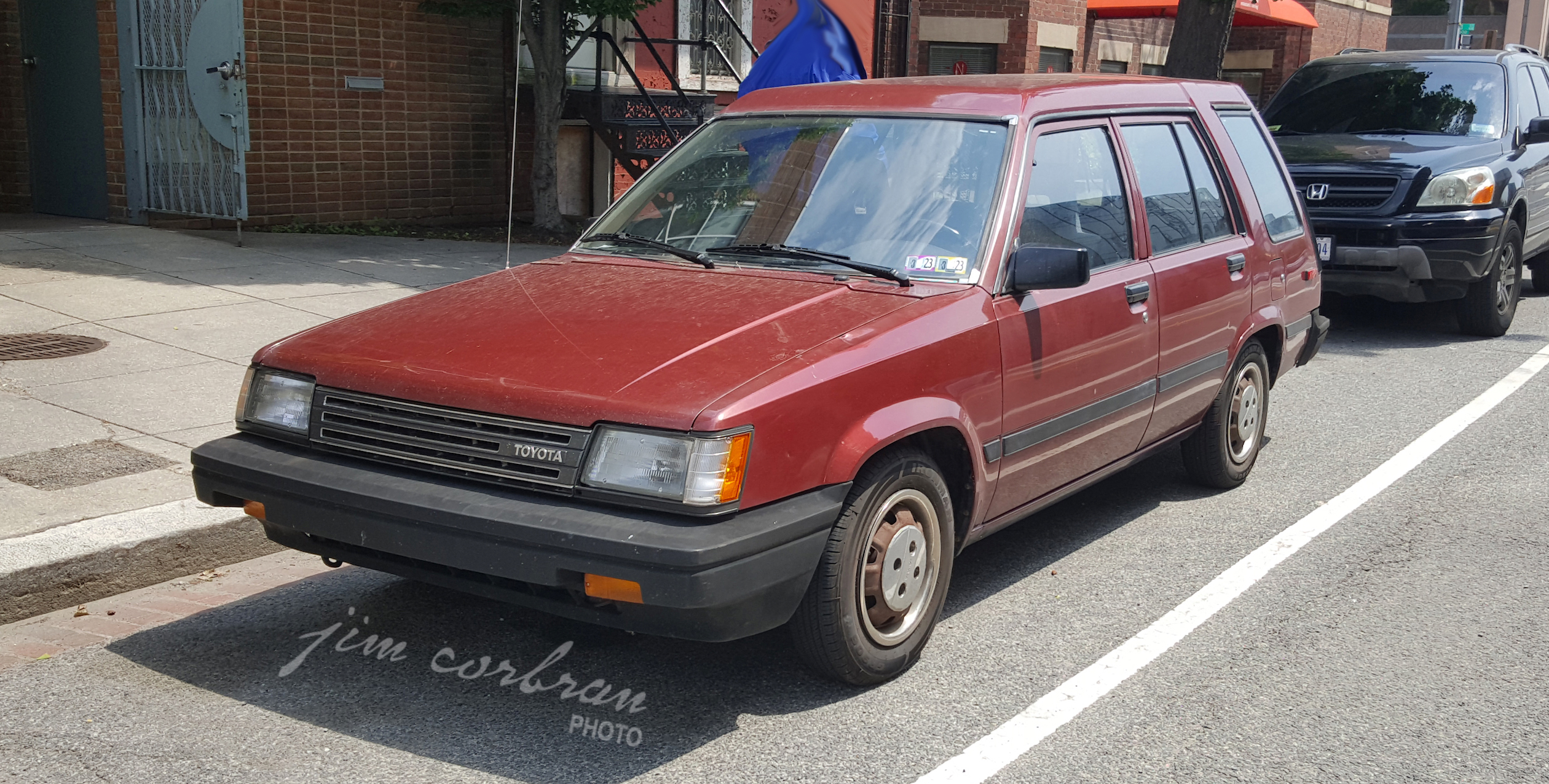 WASHINGTON, D.C. - I was pretty surprised to come across this Pennsylvania-registered 1987 Toyota Tercel last summer. My buddy Simon and I encountered it on our walk (of about ten blocks) from Ford’s Theater to the National Postal Museum. There’s a story behind this photo, which I’m not in the mood to share here (still having nightmares, Lol). The reason will be obvious someday when we meet up for a beer or two and I feel like talking. The second-generation Tercel wagon was available in both front- and all-wheel-drive. Not seeing any AWD badges on this well-kept example, I think we can assume it’s a front-driver. If you’re keeping track, this is the first time we’ve featured a Tercel on RealRides. It’s also the first RealRide seen in the Nation’s Capitol.