PORT COLBORNE/WELLAND, Ont. - As you can see, we ran into this 1962 Oldsmobile F-85 Cutlass a couple of times. The top-down photos are from a weekly cruise night over the summer in Port Colborne, while the top-up pics are from the 40thAnnual Last Chance Car Show & Swap Meet, held on a very drizzly day this past September in Welland. The F-85  & F-85 DeLuxe debuted for MY 1961 as two- and four-door sedans, along with six- and eight-passenger station wagons. The F-85 Cutlass Club Coupe came along midway through the model year. A Cutlass convertible and a Jetfire two-door hardtop would be added for MY 1962. The F-85 moniker would hang on through MY 1972 when, in a complete role (and nameplate) reversal it appeared as the entry-level Cutlass F-85 in four-door sedan form only. 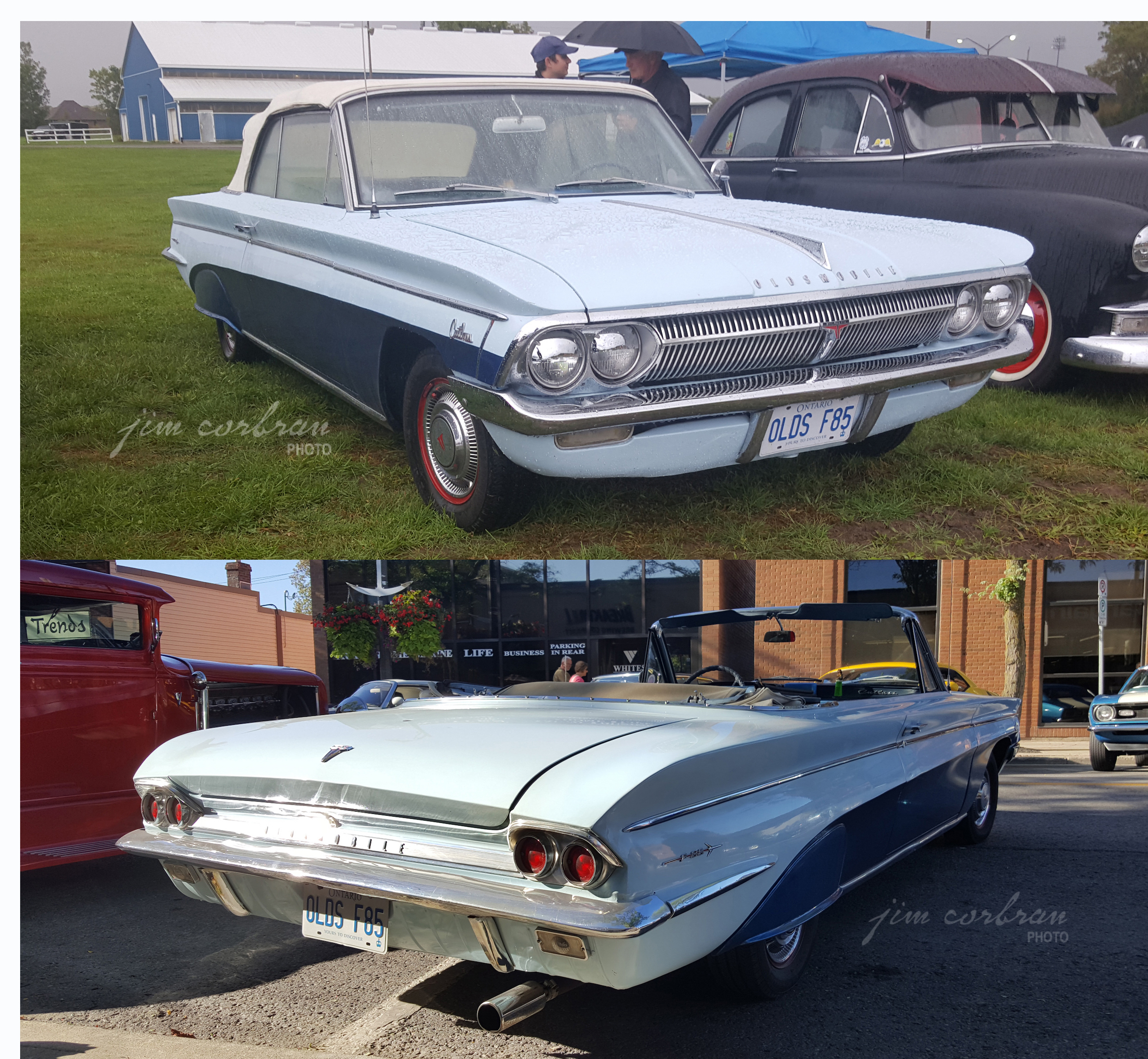