AMHERST, N.Y. - The buying public seemed to like the four-seaters much better than the two-seaters, but it seems quite the opposite when it comes to modern day car shows and cruise nights. Unless of course, you’re at a Thunderbird Club Car Show — which we were this past August. The 37thAnnual Buffalo Thunderbird Club Car Show, to be exact, which was held at West-Herr Lincoln. Today's RealRide, a 1959 Ford Thunderbird convertible, was just one of the “Square Birds” on display that day. This was the middle year of a three-year styling cycle for the first-generation four-seat personal luxury car from Ford, and the last of the trio to feature only four taillamps (see the 1960 brochure illustration below). 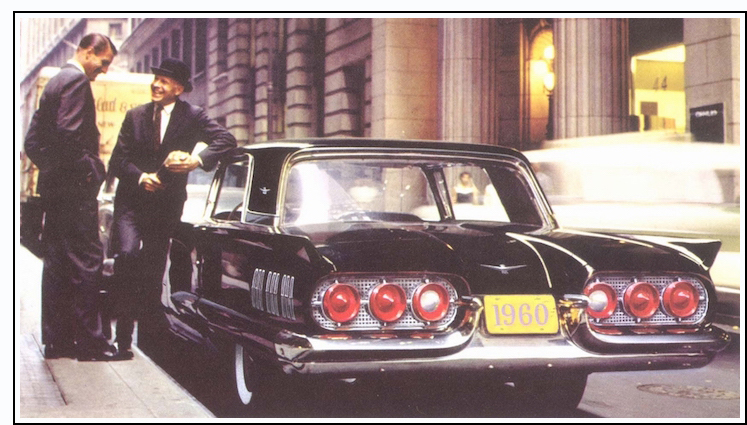