BUFFALO, N.Y. - This is more like an "imagined" RealRide, as it’s just a mural painted on the side of the building located at the corner of Makinaw and Louisiana Streets in the Old First Ward. Zillow laughingly lists this building as a zero-bedroom, zero-bathroom single-family home. For decades (decades ago) it was the home of Flood’s Tavern, run by a succession of folks named… Flood. Duh. It closed for good (again, decades ago), and with all of the windows covered over, I doubt we’ll ever see another tavern there. I remember going there as a kid while the grown-ups enjoyed a few adult beverages, l-o-n-g before someone painted this mural of a 1937 Packard Twelve Formal Sedan ("America's Rolls-Royce" according to the artist) on the Mackinaw Street side of the building. The car is similar to one owned by Jack Benny back in the day, as you can see below in the period photo, as well as another of Benny’s car taken in 2012. 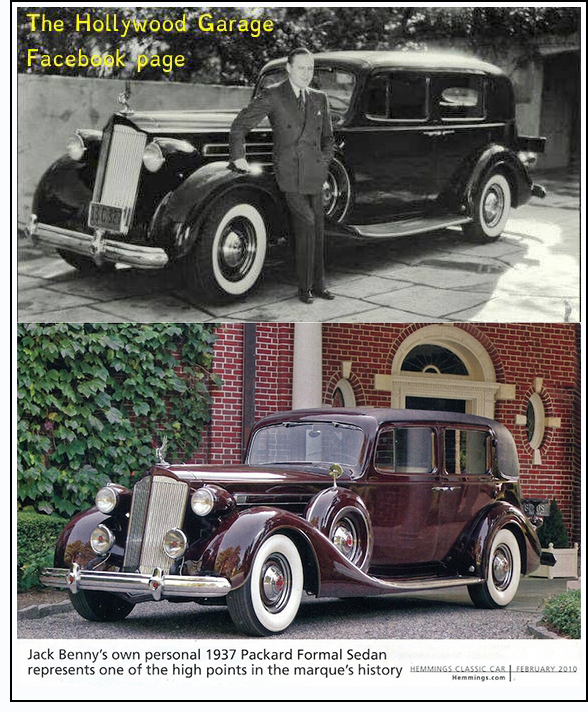