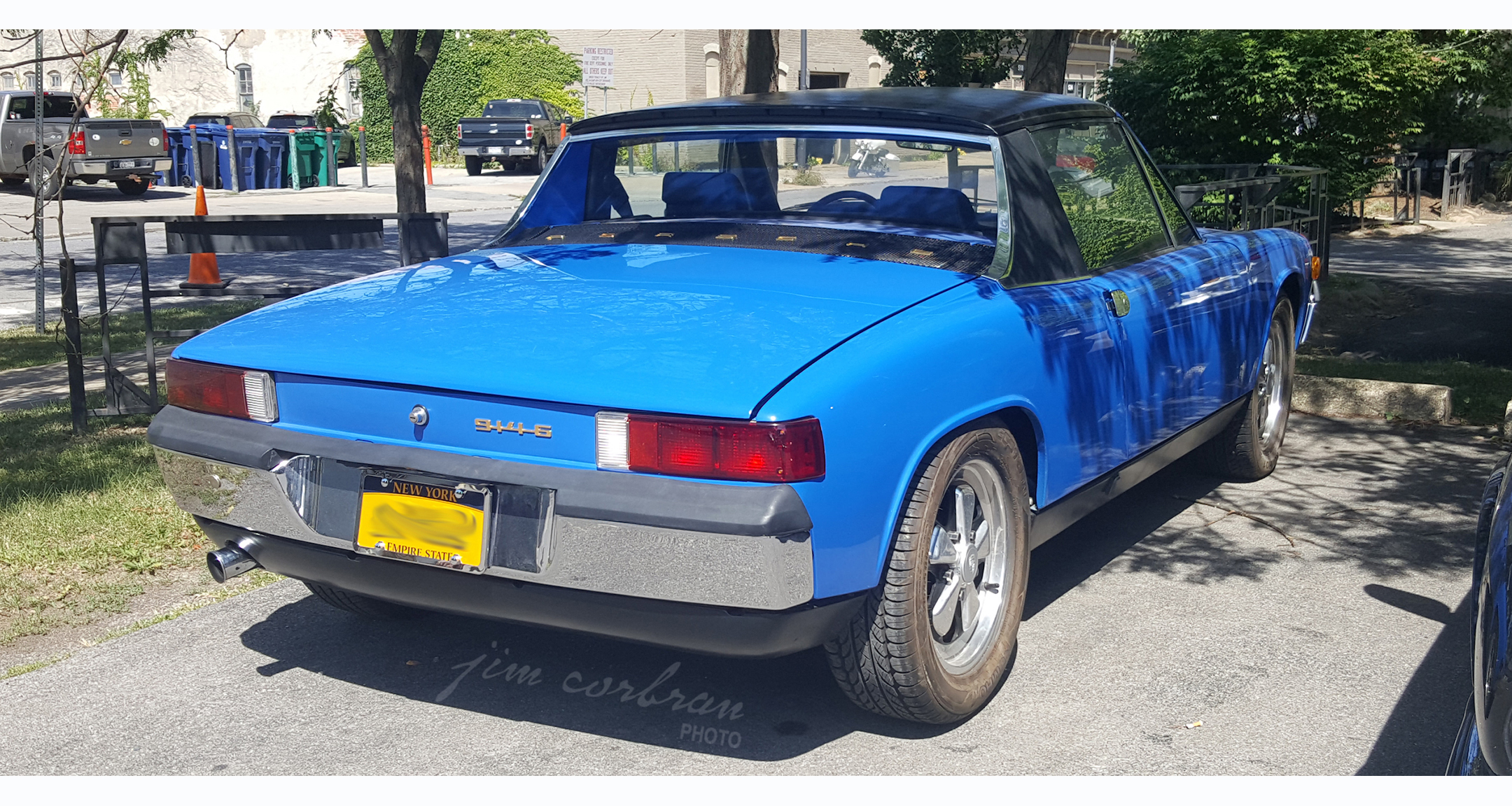 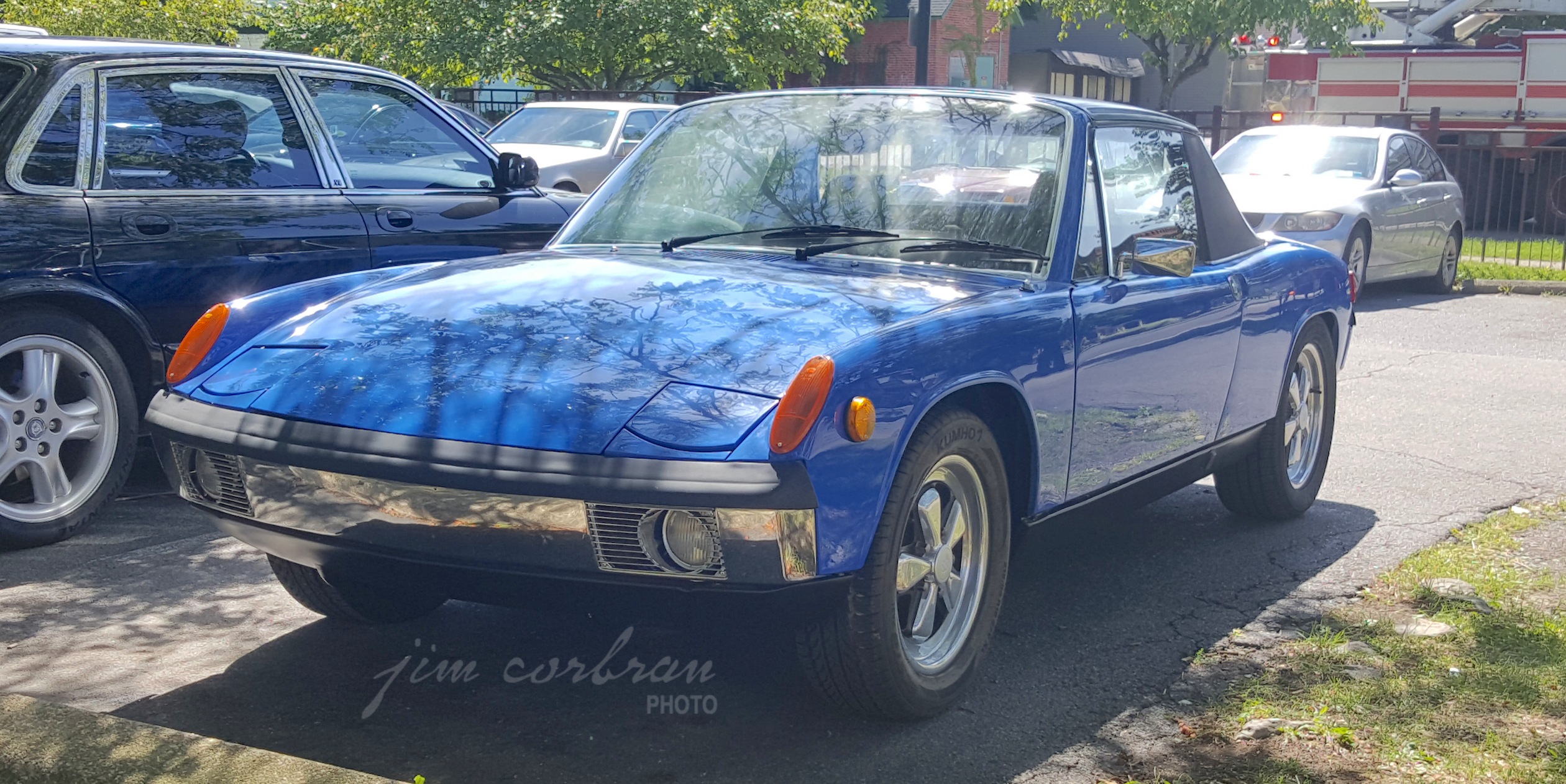 BUFFALO, N.Y. - The absence of a reg sticker on the windshield of this c1970 Porsche 914-6 makes it difficult to pin down its actual model year. Suffice to say, it’s no older than 1970 (its first year of production) and no newer than 1972 (when bumper guards began appearing to meet federal crash standards). A lack of fender bulges also rules out it being a 914-6GT like the one seen below, of which only 3,360 were produced. The Porsche 914 had a four-cylinder engine, and was sold in markets outside of North America badged as a Volkswagen, while the 914-6, with its six-cylinders, was sold exclusively at Porsche dealers. In North America, both models were badged as/sold only by Porsche dealerships. We saw this one earlier this fall on the city's West Side.