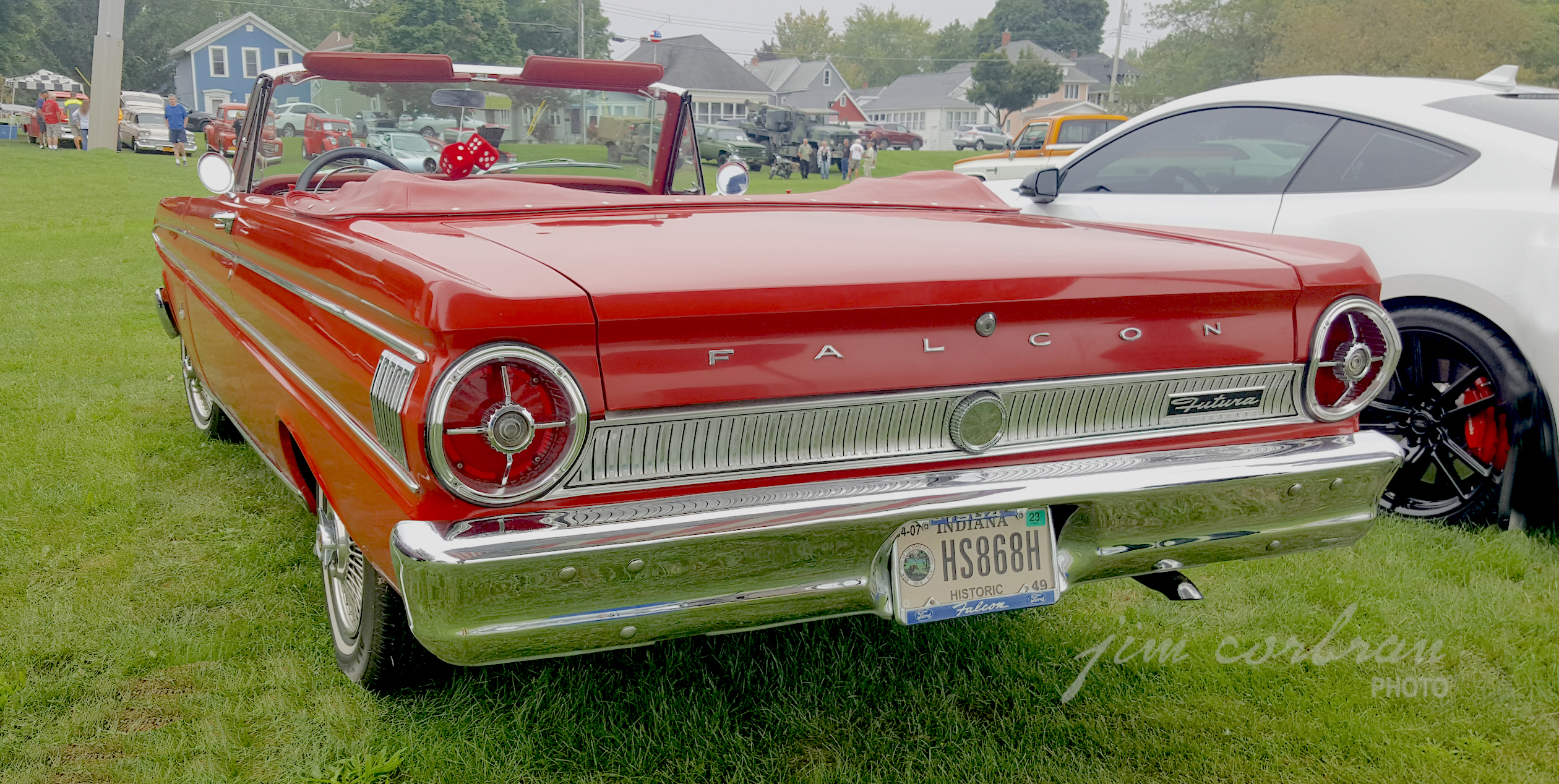 TONAWANDA, N.Y. - The 1964 Ford Falcon Futura was Ford’s compact sporty family car until halfway through the model year. We all know what happened then — the Mustang. Based on the Falcon platform, the Mustang blew everything out of the water and created a whole new genre — the Pony car. Okay, Plymouth’s Barracuda debuted a few weeks before the Mustang, but its sales paled in comparison. That’s why we have Pony cars instead of, what?... Fish cars? Lol… The Falcon was still a nifty little car in 1964 though, and could be equipped much like the Mustang could, with a 260-V8, four-on-the-floor, bucket seats, vinyl top, and (for $29.90) the “typical whitewall tire option”, and it could seat five comfortably (or six with a bench seat). Like the Mustang, the Futura could be had as a convertible or two-door hardtop. We saw this one near the end of summer at the Classics on the Niagara Car Show held at Niawanda Park.