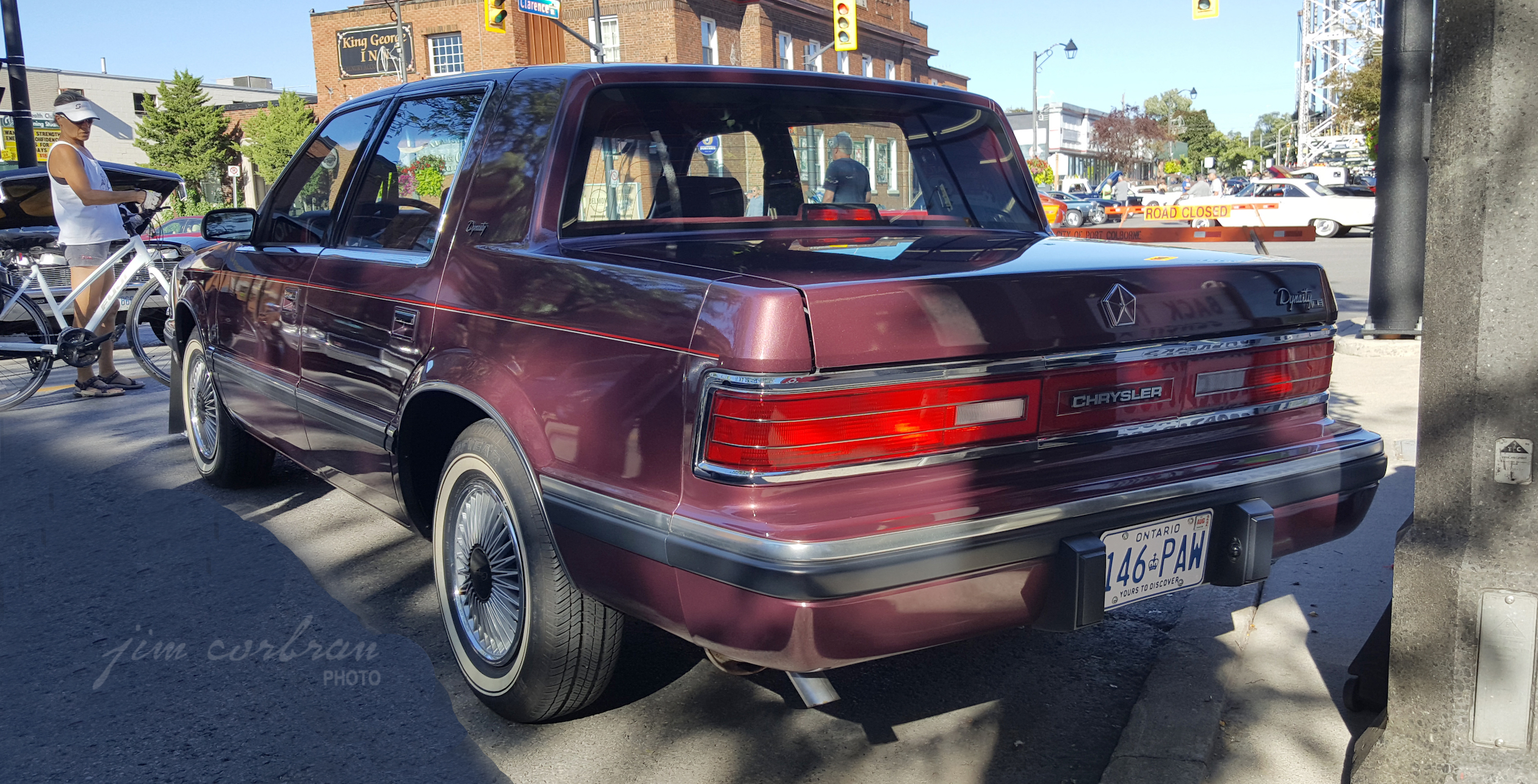 PORT COLBORNE, Ontario- I imagine that when some cars were being designed there wasn’t much thought of them ever becoming collector cars. Yet here’s this 1991 Dodge Dynasty LE — which I’d bet is one of those cars — 31 years later at a cruise night on Clarence Street, with its original owner, yet! This Dusty Rose four-door had an MSRP of 17,275 Canadian dollars with another three grand or so in options. Not surprisingly, many of those options today come as standard equipment on most vehicles, such as speed control, air-conditioning, power locks/windows/mirrors, and tilt wheel. This one was purchased new at B. Patterson Chrysler, who’s still doing business at the same location on Garrison Road in Fort Erie.