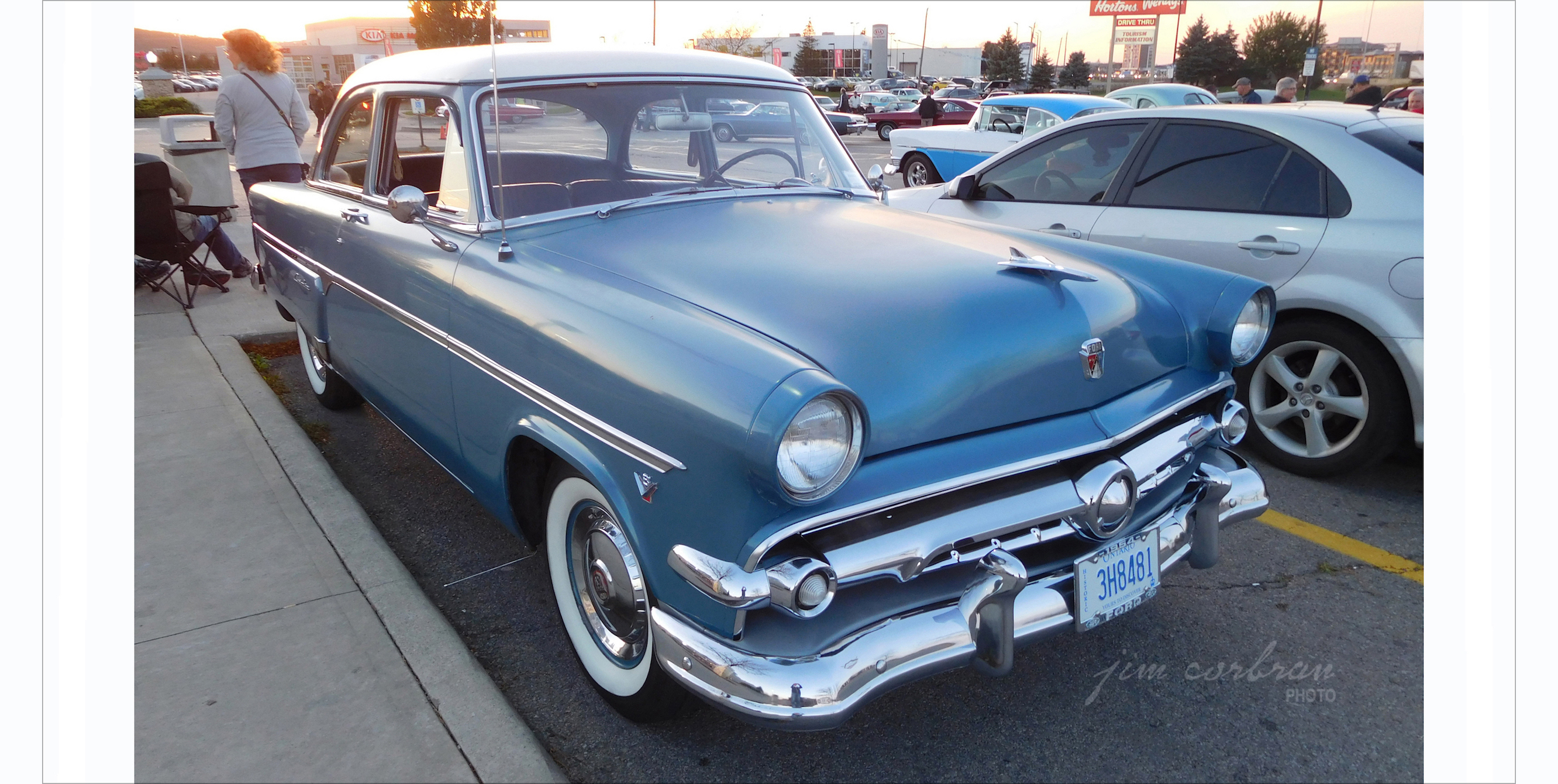 GRIMSBY, Ontario – I attended a cruise night here just off the QEW in October of 2017 and came across this 1954 Ford Customline, Ford’s middle series which sat between the base Mainline and the upper-crust Crestline. No, not all Fords north of the border in the 1950s were what some neophytes like to call Canadian Fords. The largely Ford-based cars of which they speak were actually Meteors, a nameplate which was sold at many Mercury/Lincoln/Meteor dealerships in Canada. The actual Fords, if you will, were sold at… Ford dealers! as well as at Ford/Monarch dealers in smaller markets. But this one’s wearing a dealer badge on the trunklid from Judge’s, which we believe was a Ford dealer in Rochester, New York. As you can see in the old newspaper ad at the bottom of the page, the logo on the car badge pretty much matches the logo on the Judge’s sign at their dealership on Lake Avenue, a building which still stands and is now part of Rochester Regional Health (below).