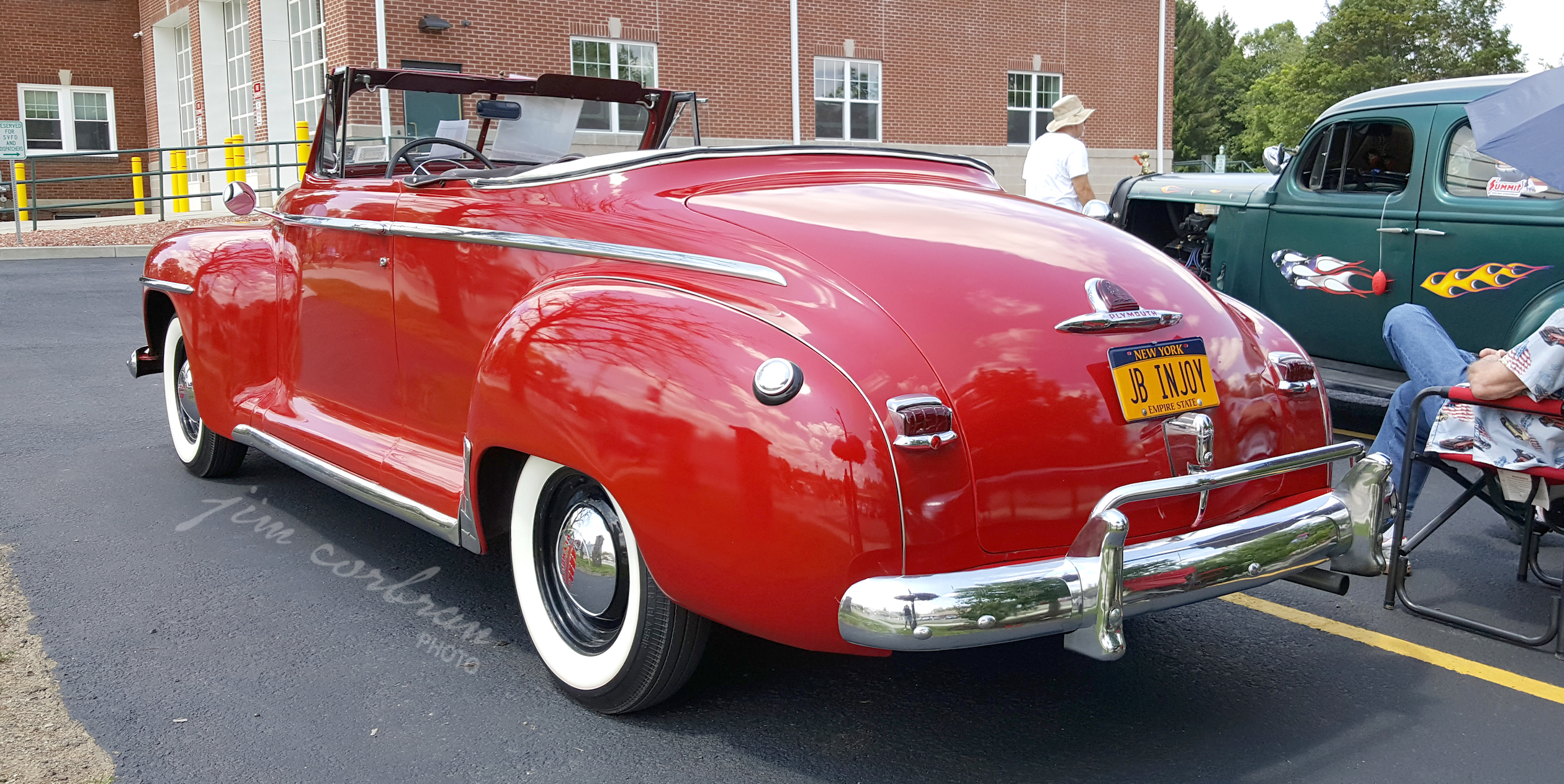 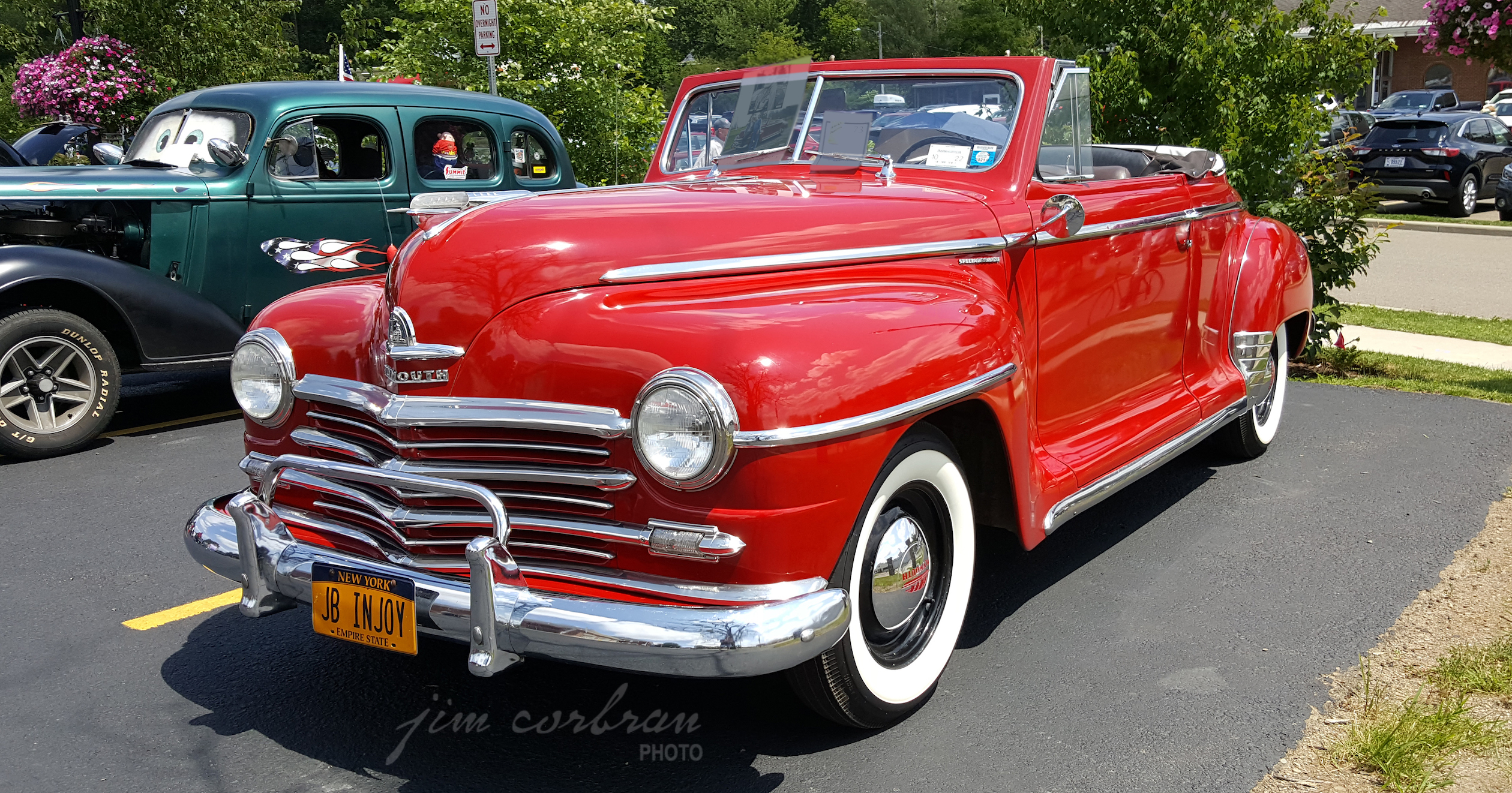 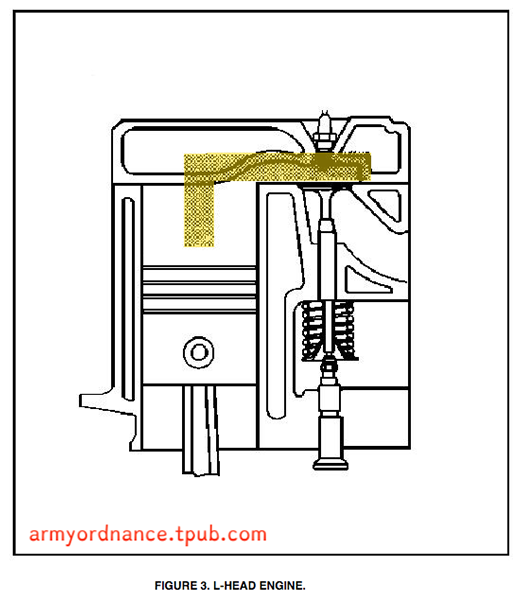 SPRINGVILLE, N.Y.
– when it’s 1948 and you’re in the penultimate year of a styling cycle which basically began before the war, what do you tout in your advertising to attract customers? One of the answers is in the ad seen below. I’ve gotta admit that even as a youngster I noticed how many Plymouths, DeSotos, and Dodges seems to be used as taxicabs in the movies and on tv. Of course, today’s RealRide, a 1948 Plymouth Special DeLuxe, is much fancier than most taxicabs of the day. One 1948 brochure called Plymouth “The LOW Priced Car Most Like HIGH Priced Cars!” All '48s were powered by a six-cylinder L-Head engine rated at 95 hp, connected to a column-mounted three-speed manual transmission. (L-Head? See inset.) We came across this one at the 2021 Fiddle Fest Car Show. 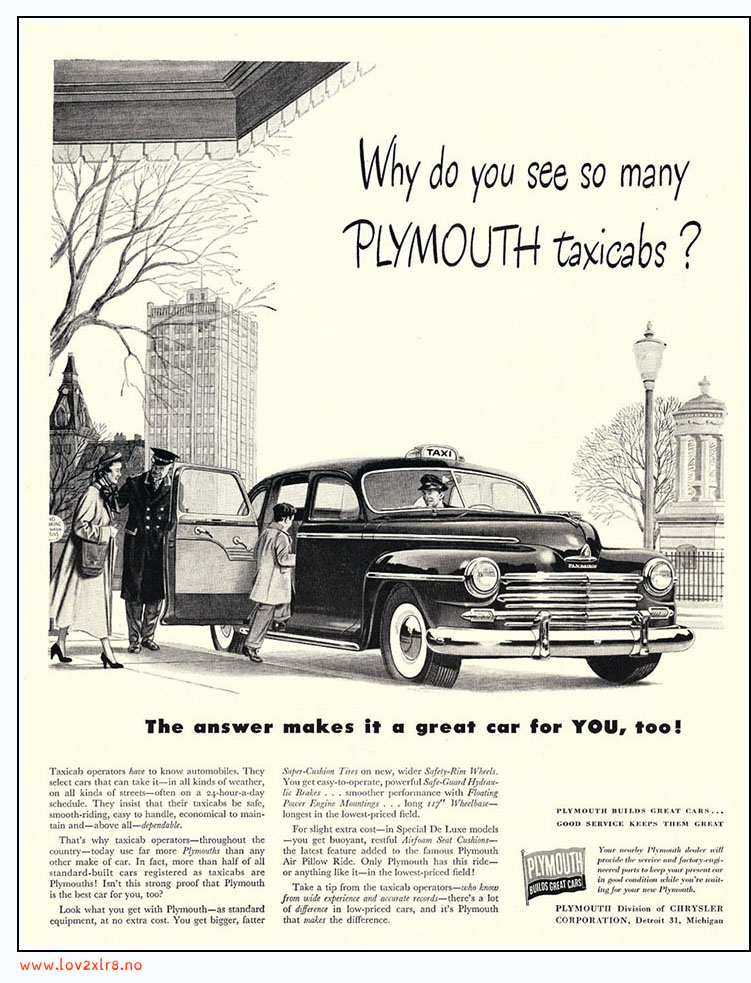