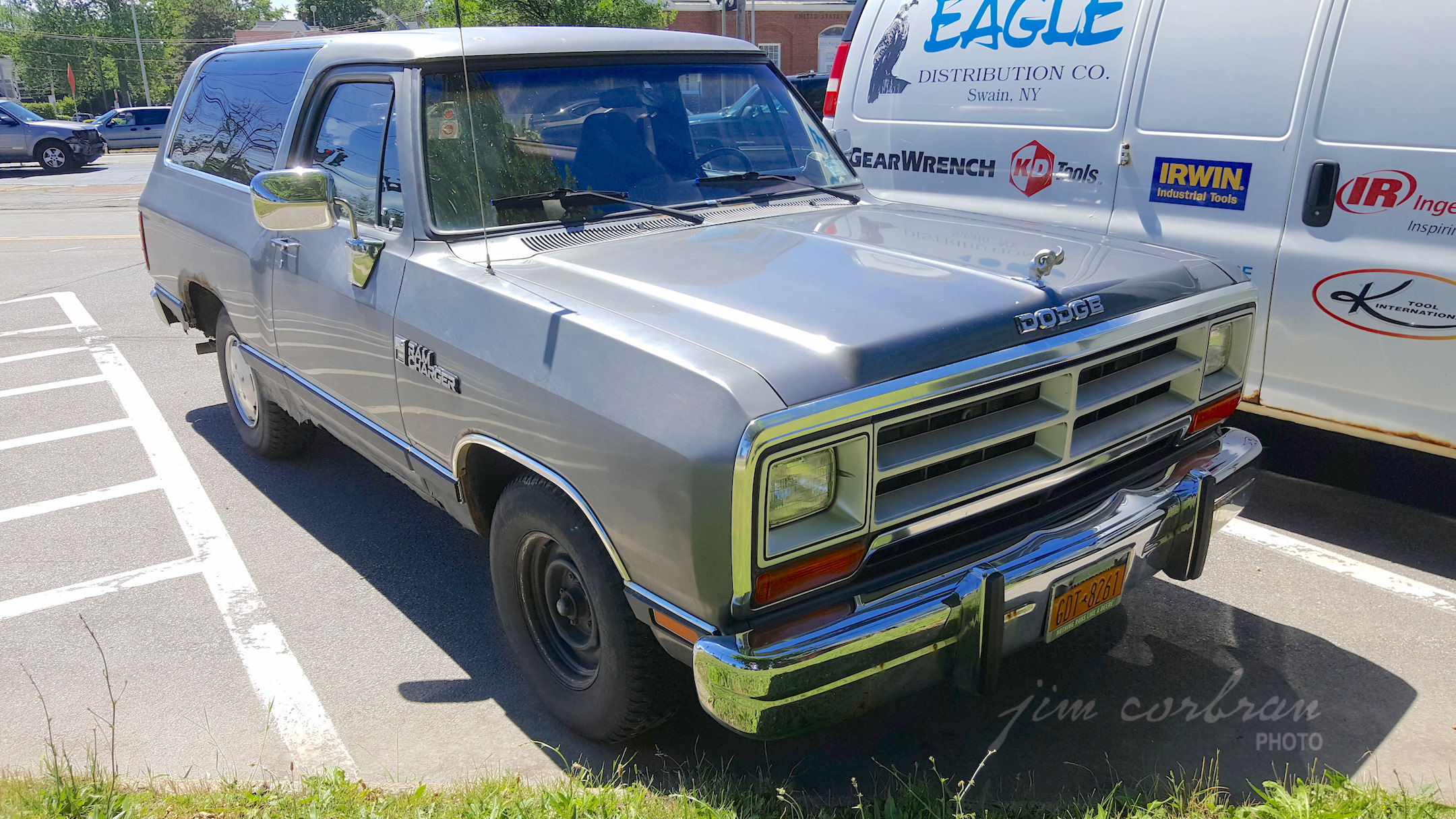 While this 1990 Dodge Ramcharger might not seem to be all that remarkable, you’ve gotta admit you don’t see many of these older ones on the street much anymore (a real coup would be finding the Plymouth Trail Duster version!); and this one’s a rear-wheel-drive version, to boot. I never understood the attraction of the non 4WD versions of vehicles like this (the 1987 brochure called them country tough, street smart), but hey, that’s me. This one is from the Ramcharger’s second generation, 1981-94 (the first gen running from 1974-80); the third-gen would look more SUV-like and was available only in Mexico (bottom photo). The US would get the all-new Durango starting in 1998 as a replacement for the Ramcharger. This silver one was seen over the summer in Tonawanda.