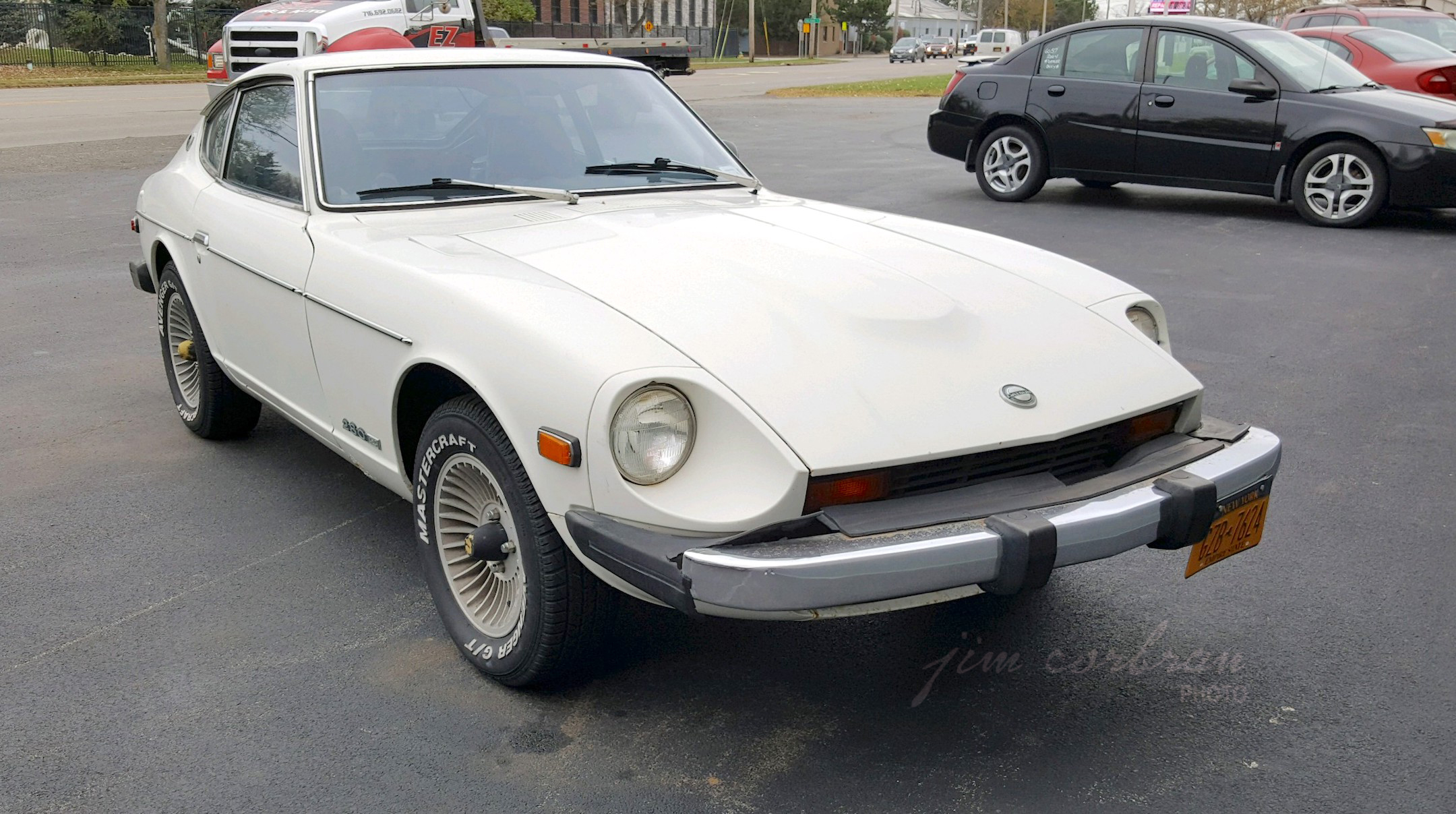 In its home market of Japan, this 1975 Datsun 280Z was known as  the Nissan Fairlady Z. This was still the first generation of the famed Z car, but with an upgrade to a 2.8-liter inline six (the original 1970 240Z had a 2.4-liter engine; the 260Z, introduced in 1974, was upgraded to a 2.6-liter — thus the nomenclature). The Z was a radical departure from most of the “affordable” sports cars of the day, which were mainly British and mainly two-seat roadster/convertibles. Nissan phased out the Datsun name in the U.S. beginning in 1982; by 1985 all of Nissan’s U.S. products were branded with the corporate Nissan badge. Saw this one a few weeks back in North Tonawanda.