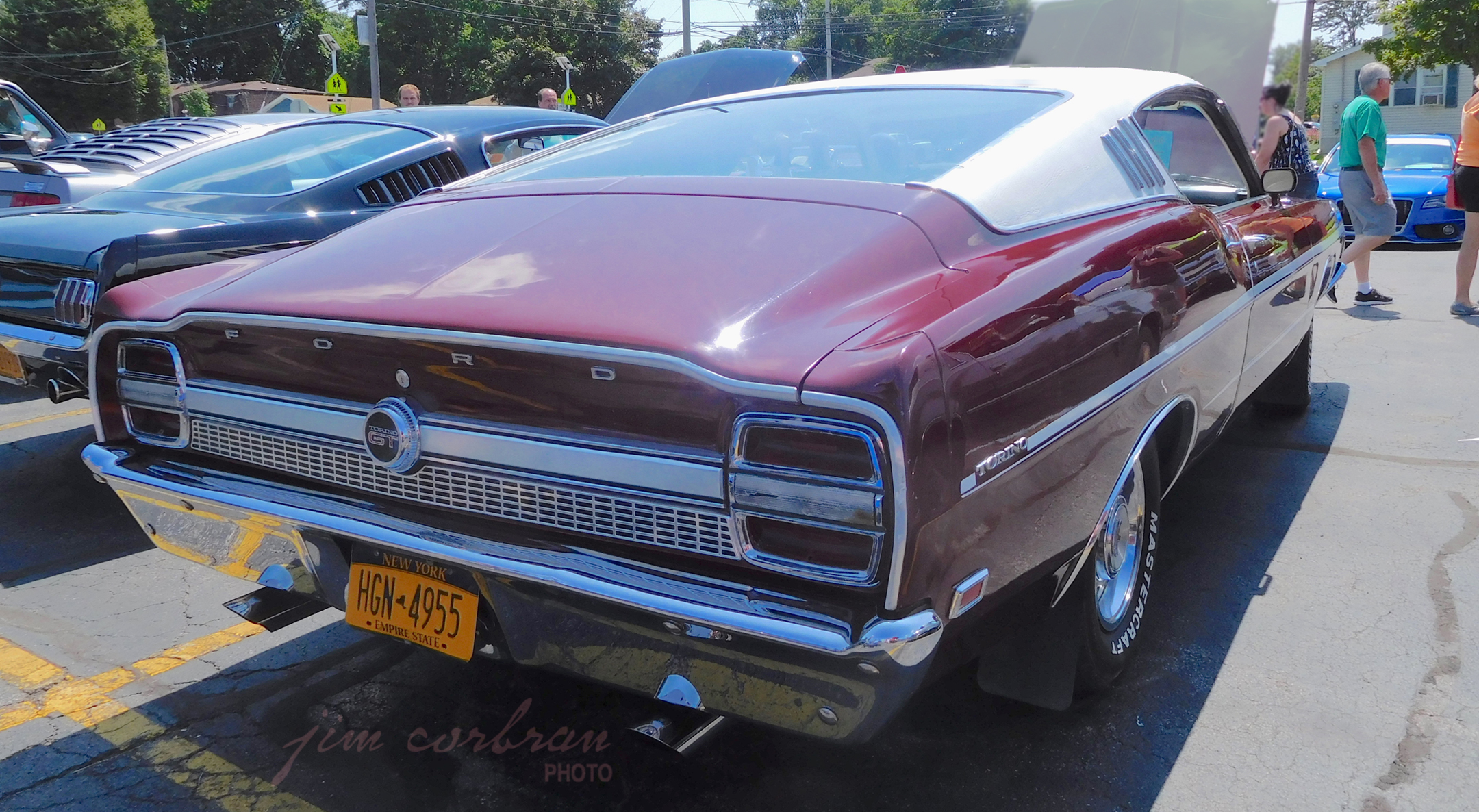 Fastbacks were all the rage in the mid-to-late 1960s, and this 1969 Ford Torino GT SportsRoof is a great example. When introduced for model year 1968, Ford touted the then-called Fastback’s “picture” rear window [with] delicately tinted glass to reduce sun glare. Anyone who’s ever sat in the back seat of one of these cars can tell you just how hot it can get back there on a sunny day! Seen a couple of summers ago at the annual Alden car show, today’s RealRide is unusual in that it has an optional vinyl roof. Vinyl roofs (and, why aren’t they rooves?) were also the rage in the 1960s, but you almost never saw one on one of these fastback cars. If nothing else, it’s a real conversation starter!