RealRides of WNY (on the road) - Willys Sedan Delivery 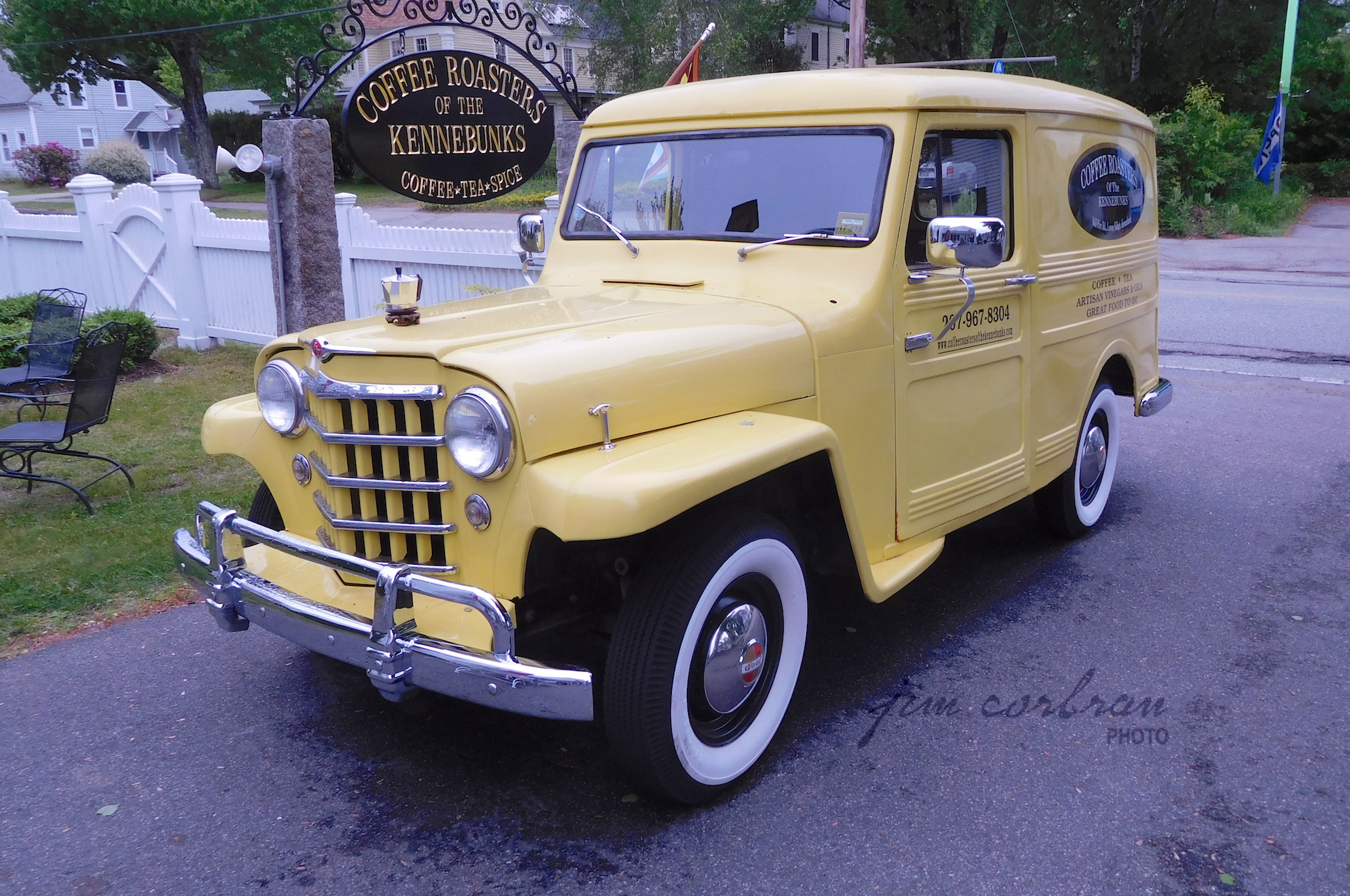 The Willys Sedan Delivery was introduced by Willys-Overland for model year 1946 (styling would seem to indicate that this one is pre-1953), complementing the pickup and station wagon versions which W-O hoped would draw more customers into their showrooms. Seems like a good move, as these Jeep trucks, as they’re more commonly called, stayed in production until 1962. The introduction of Jeep’s new Wagoneer, and its pickup offshoot the Gladiator, spelled an end to these sedan deliveries, and eventually the whole line. This yellow example was seen parked out front of a local coffee roaster in Kennebunk, Maine during our wedding anniversary trip this past June to Bufflehead Cove.