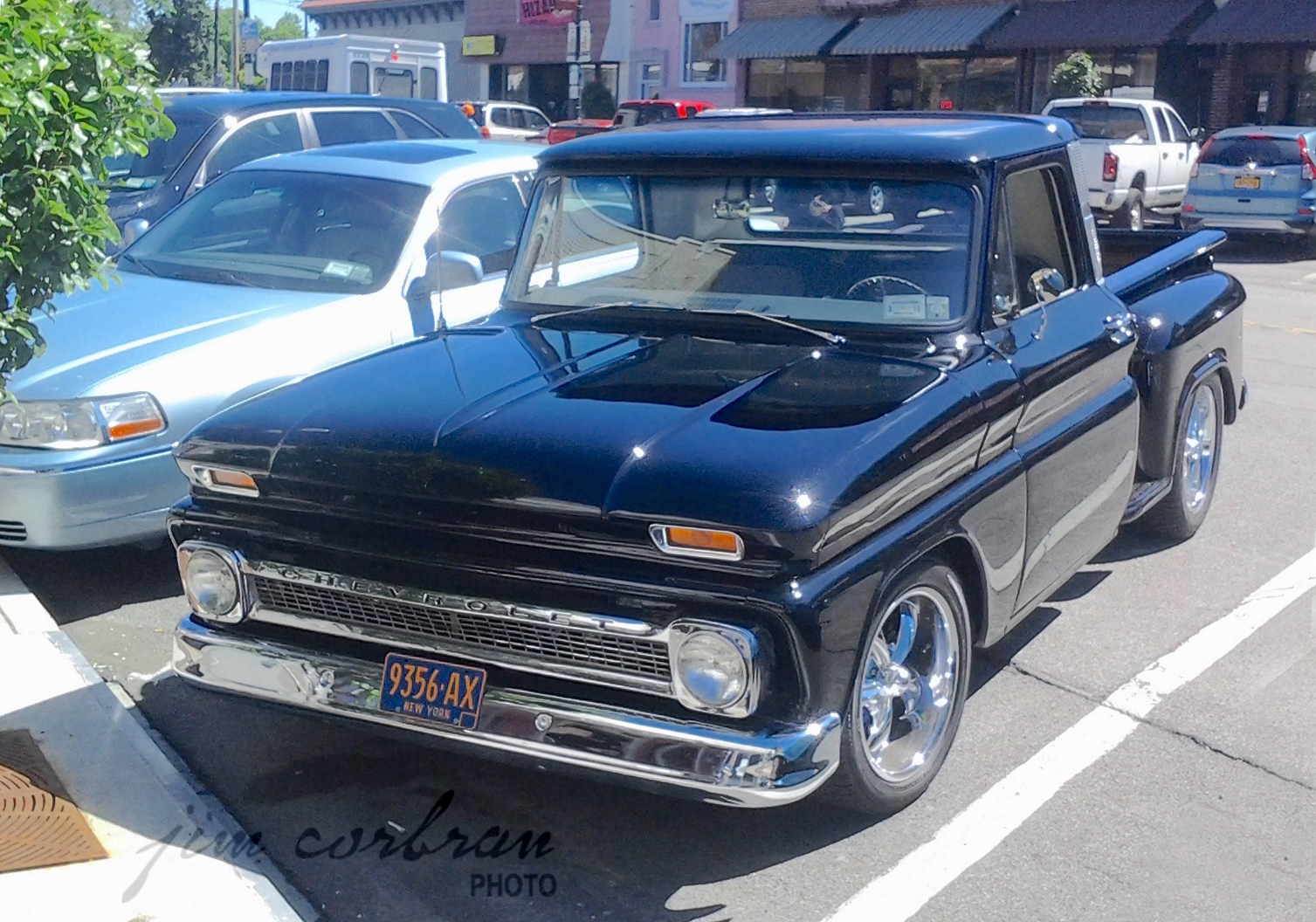 This photograph, taken a couple of summers ago in downtown North Tonawanda, still manages to do this 1966 Chevy Stepside justice even though I believe we were still using a flip-phone. A flip-phone! In 2016! Chevy offered the Stepside in 2- or 4-wheel drive, with a choice of 6-1/2- or 8-foot beds on the half- and three-quarter ton models, along with a 9-foot bed on the one-ton. Suffice it to say, they didn’t look quite this fancy when they left the factory. Most of them looked more like the brochure photo at the right.