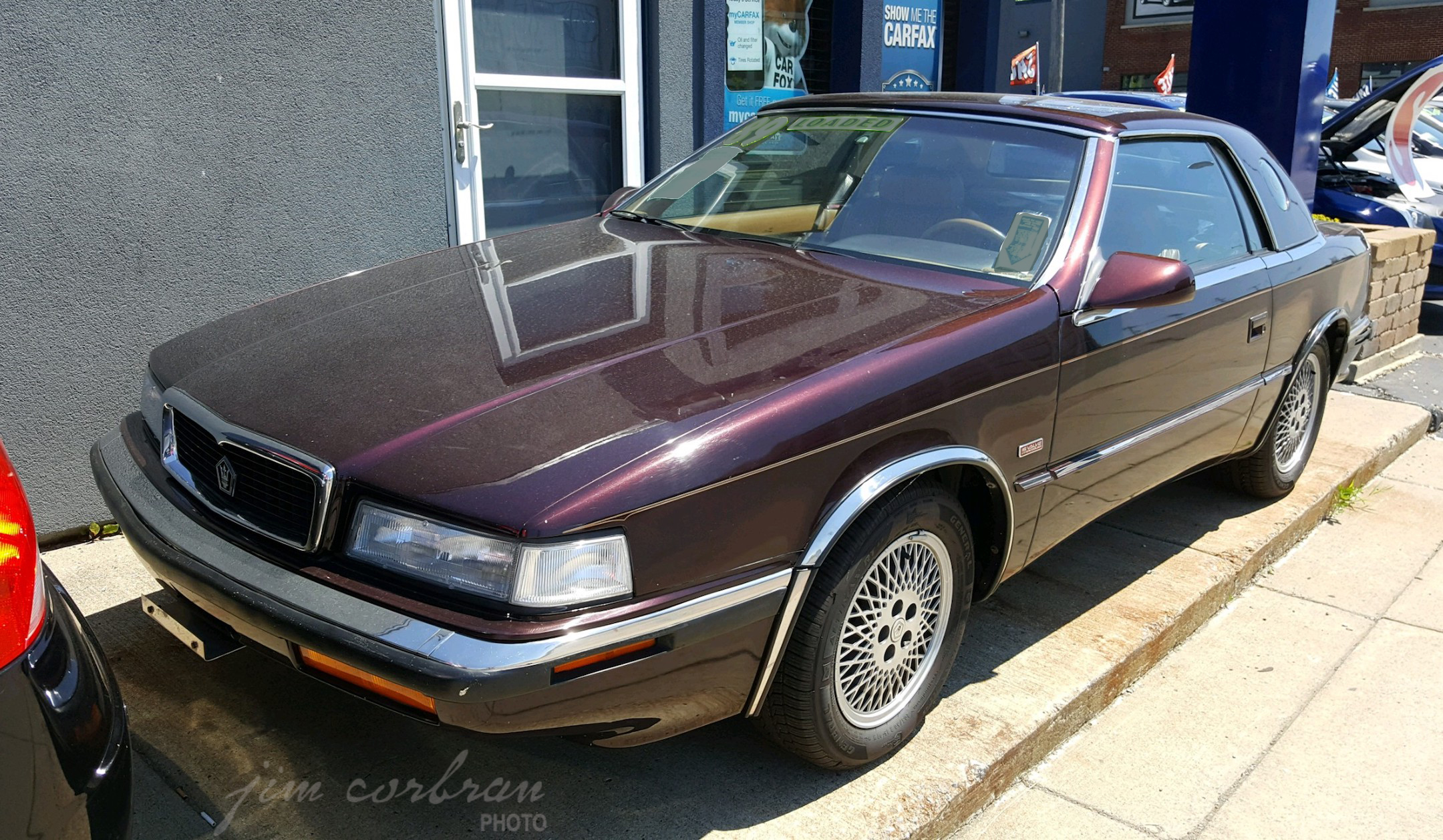 Yesterday we featured an actual Maserati 5-place sports coupe. Today we have a mash-up of a Chrysler LeBaron body and Maserati engineering/design in Chrysler’s 1989 TC by Maserati. About 7,200 of these cars were built from 1989-91, with MSRPs ranging from $33,000 in 1989 to $37,000 in 1991. There were problems. Price was certainly one of them; plus the fact that from a block away the TC looked pretty much like a Chrysler LeBaron (at twice the price). To make matters worse, buyers had a choice of powertrains: Maserati’s turbocharged 16-valve intercooled 2.2-liter straight-four; or, a Mitsubishi 3.0-liter V-6 — which I don’t imagine did much to help the Maserati tie-in. The TC was a convertible with a soft, retracting top, or a removable hardtop — with which I guess you had to make your top-down (top-off, actually) plans before leaving the house. This dark red first-year example was seen last summer in Buffalo.