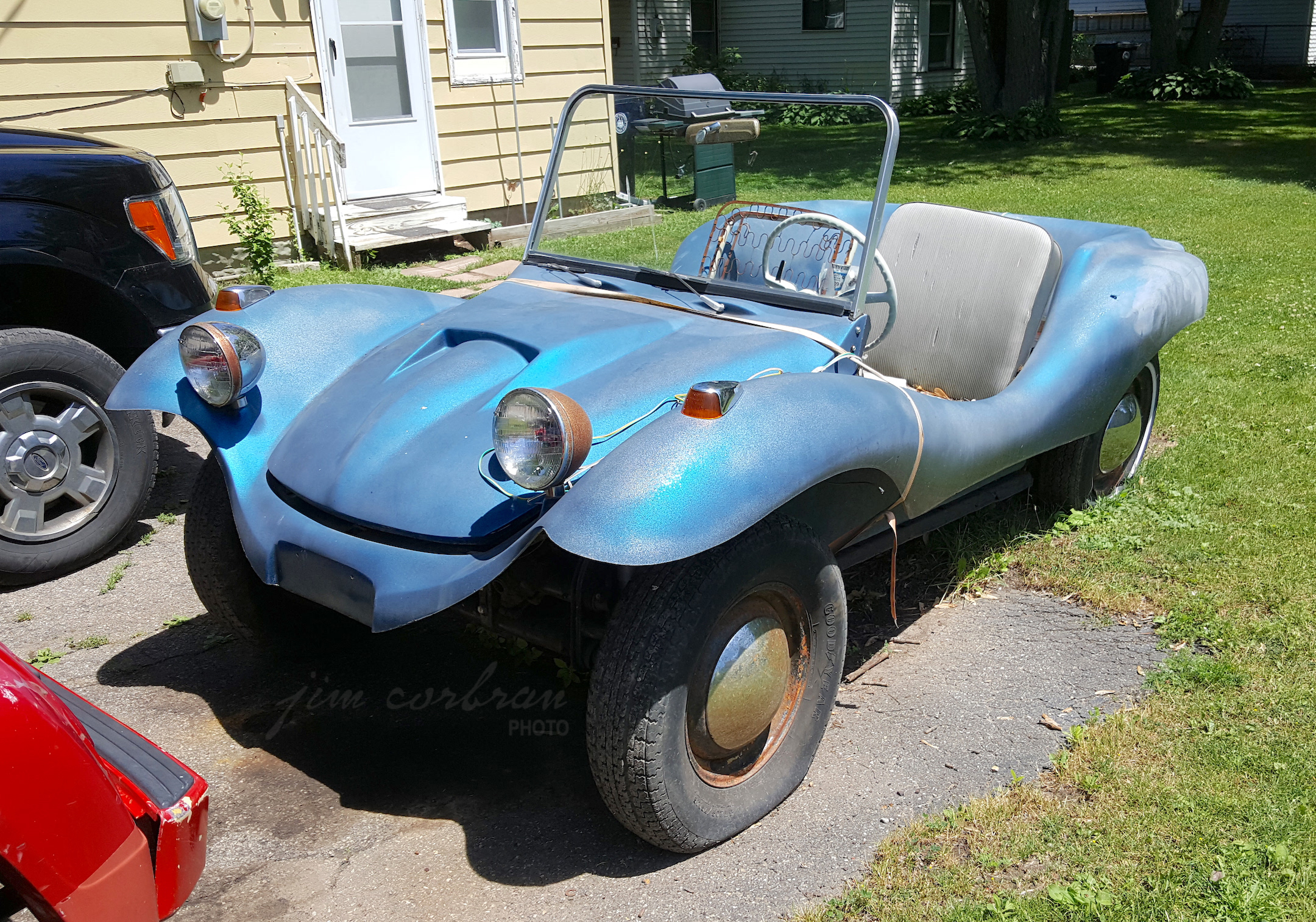 Whenever I hear the term Dunebuggy, something like today’s RealRide always comes to mind. Most of them were based on an old VW, whose body (along with the interior) was tossed (or hopefully, sold off as parts), and then what was usually a swoopy fiberglass body was mounted in its place. The genre was made popular back in the 1960s by dune buggy pioneer Bruce Meyers, who’d grown up in (where else?) Southern California. Meyers saw the advantage of a lighter-weight vehicle than what he’d been seeing running around in the sand of Pismo Beach, and he took an old VW Type 2 (a.k.a. bus) and put his own fiberglass body on it. Known as Old Red, that first buggy is still owned by Meyers (see it here in this video). Over 7,000 kits were sold over the years, of the original Meyers Manx and its numerous offshoots. Many others copied the idea over the years, and today’s RealRide, seen over the summer in Tonawanda, appears to be one of them.