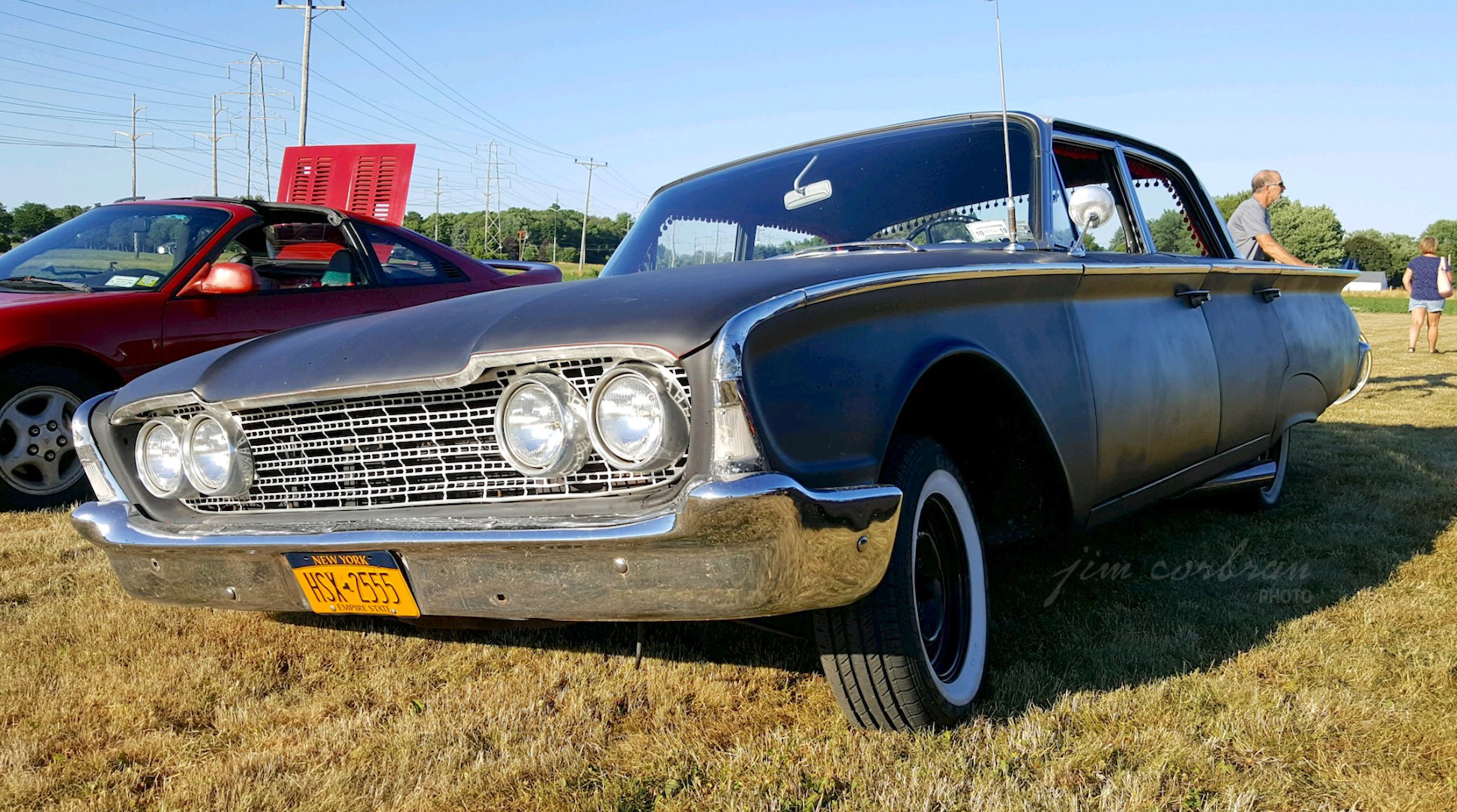 When I came across this 1960 Ford Fairlane 500 Town Sedan last summer at a weekly cruise-in at Hoover’s in Sanborn, I was immediately drawn to its “I’m making a sharp right turn even though I’m parked” stance. The Fairlane 500 wasn’t the cheapest big Ford available for 1960 — that distinction went to the (just plain) Fairlane. Movin’ on up from the two Fairlanes would get you into a Thunderbird-roofed Galaxie 500. This year, 1960, was the first for Ford’s compact Falcon, which shared the Fairlanes’ roofline until getting its own T-bird style lid in mid-1962. Model year 1962 also saw the Fairlane badge moved to a new intermediate-sized car.