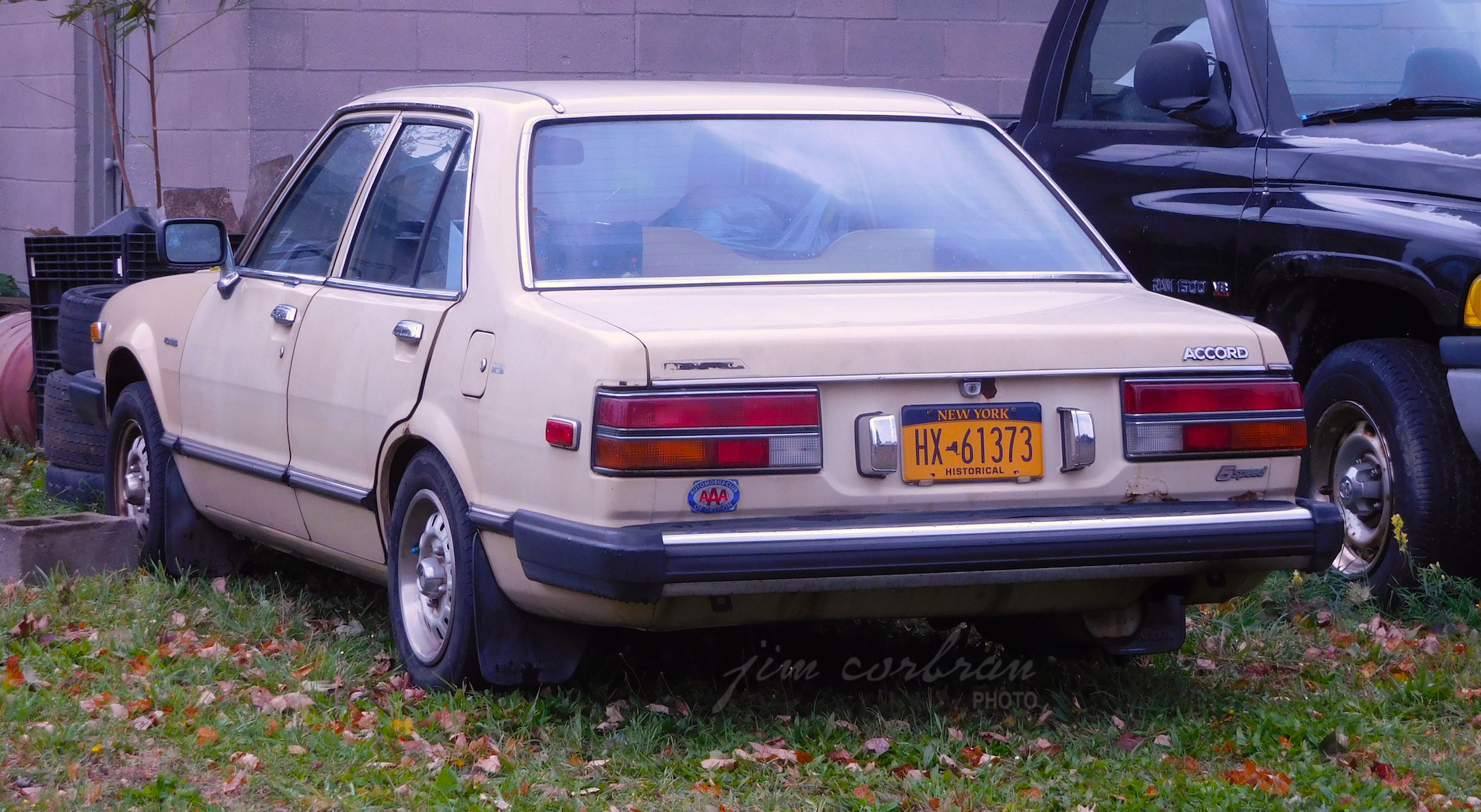 When this 1980 Honda Accord was new it was considered a compact. Compare it to the newer Accords, which are now family-sized cars. Back in 1980 they were available as a four-door sedan like this one, as well as a three-door hatchback; and what we thought of as amenities back then were quite different than what we look for in a new car today. Here’s a sampling of what Honda was touting in the ’80 Accord brochure:

• protective side moldings and front and rear splash guards;
• a trunk light which comes on automatically when the trunk is opened;
• its styling was basically the same as the 1979 model (yes, in Honda’s eyes that was a plus!);
• and — we’ve saved the best for last — The seats of the Accord 4-Door Sedan are covered with lush, velvety tricot fabric that makes you feel like staying in your seat even after the car has stopped moving.

This tan example was spotted a few weeks ago in North Tonawanda.

Got a RealRide you'd like to see featured here? Drop us a line at realrides@buffnews.co