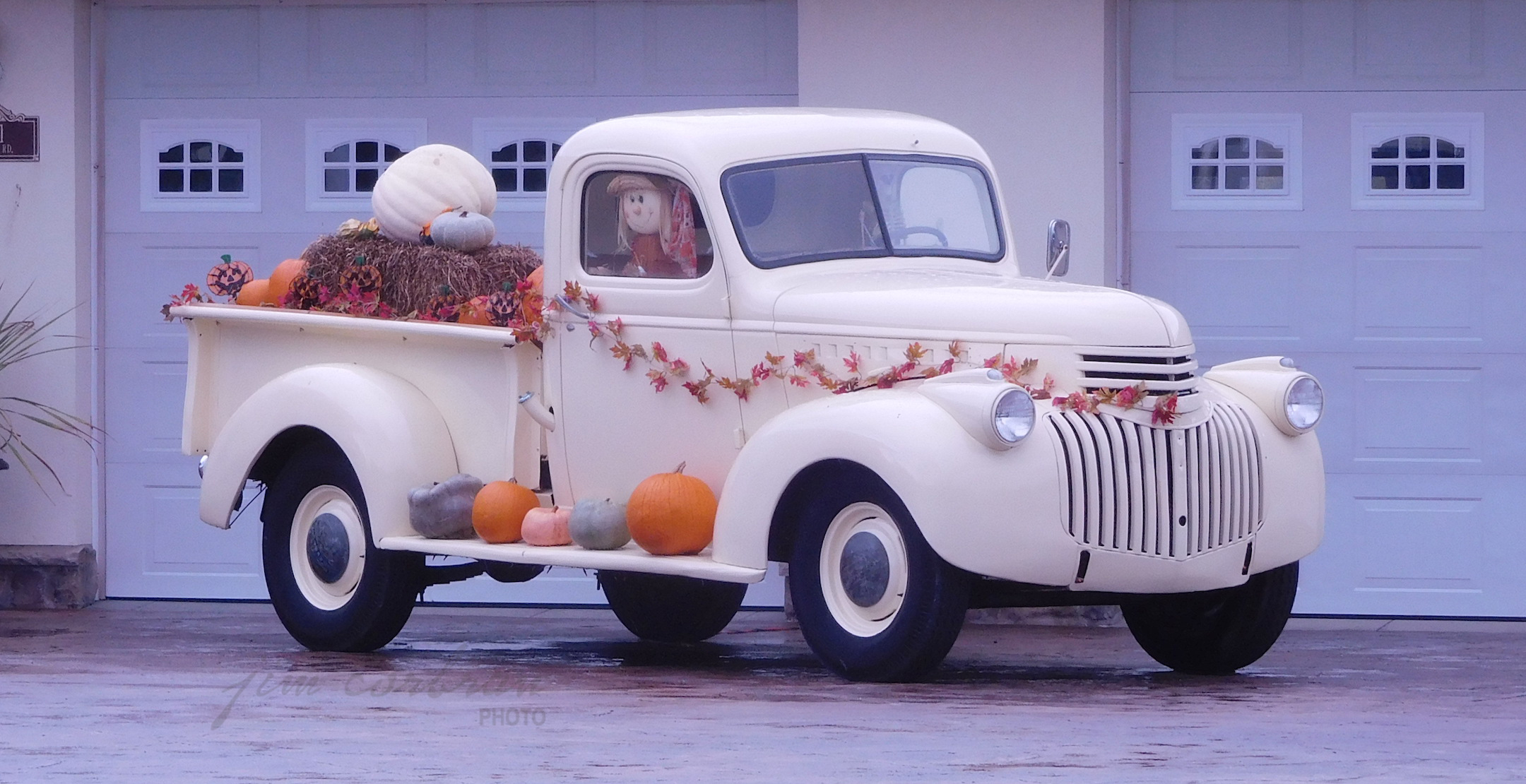 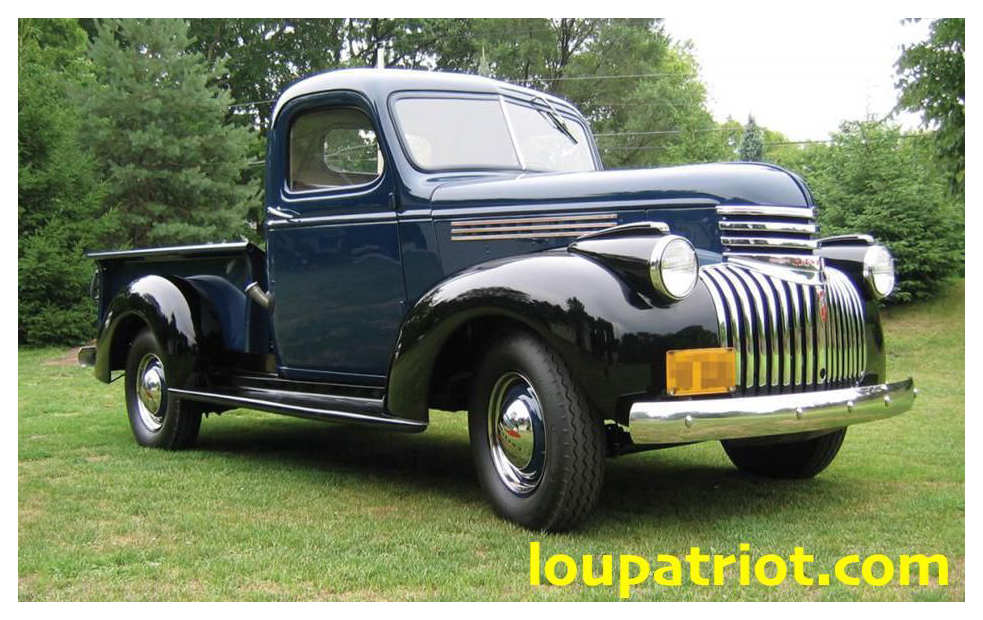 This 1940s-era Chevy AK pickup might be missing a few bits here and there, but otherwise it looks like it’s still in pretty good shape, some 70 years later. The AK series was produced from 1941-47; during the war years all production was funneled towards the war effort. Styling was very much in the Art Deco mode, especially with the optional chrome grille (at right). The basic body was shared, as it is now, with the GMC truck division of General Motors — the major visual difference being the front grille design (bottom photo). Saw this one this past autumn in Cambria. 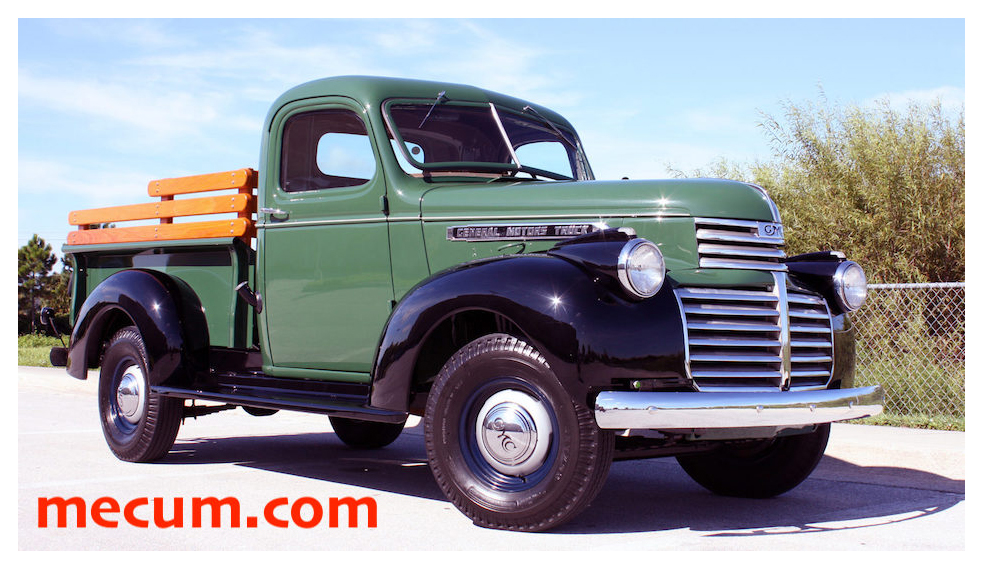