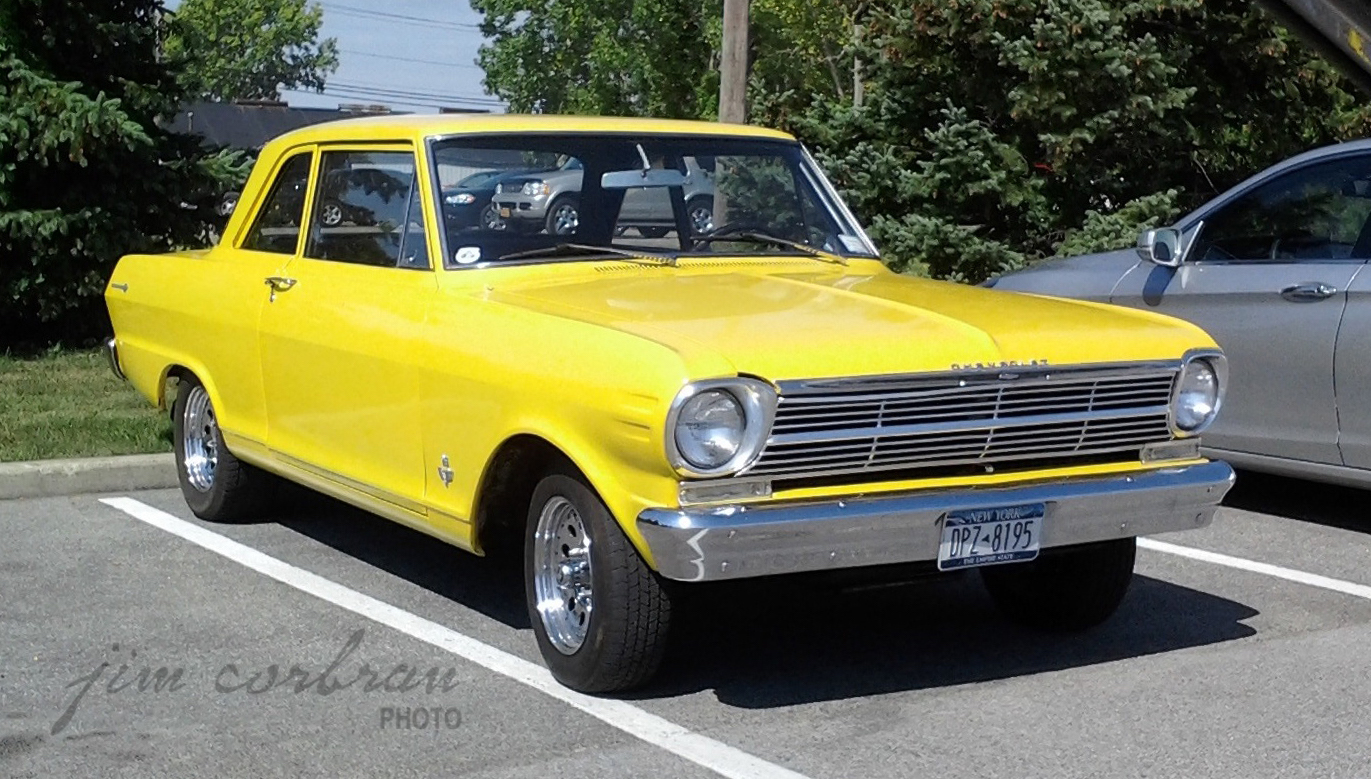 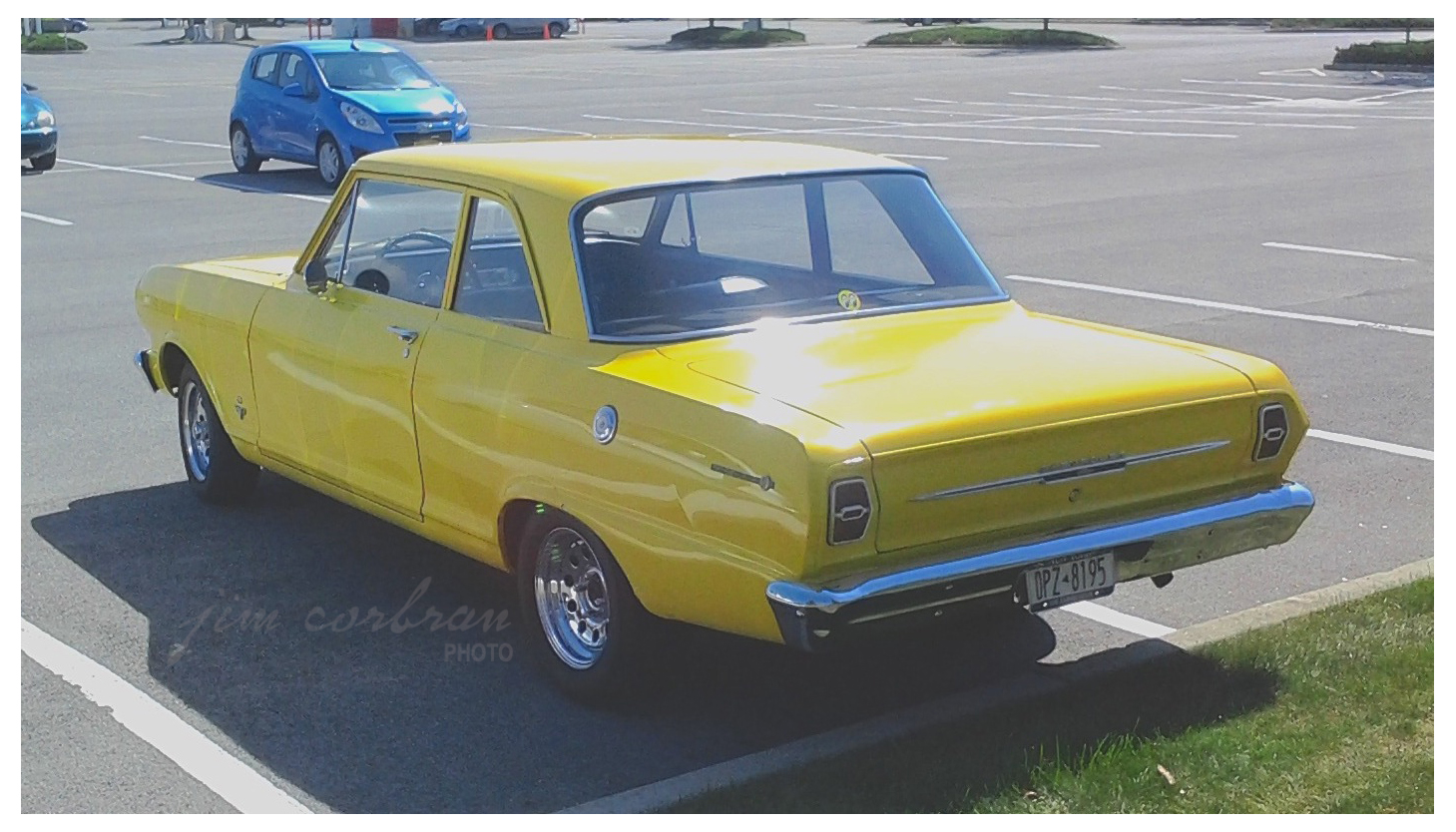 Not sure just what it is about cars like this 1962 Chevy II 100 2-door sedan which seems to inspire owners to jazz them up like a hot rod. The 100 series was Chevy II’s entry level car, and they came from the factory with either Chevy’s 90-hp Super-Thrift 153CID four-cylinder or the 120-hp Hi-Thrift 194CID six-cylinder engine. A factory V-8, the 283, wasn’t offered until model year 1964. This two-door, spotted a few summers ago in Niagara Falls, is sporting a set of aftermarket rims and a screaming yellow non-factory paint job. The lower front fender badge would also seem to indicate it’s not still equipped with its original engine.