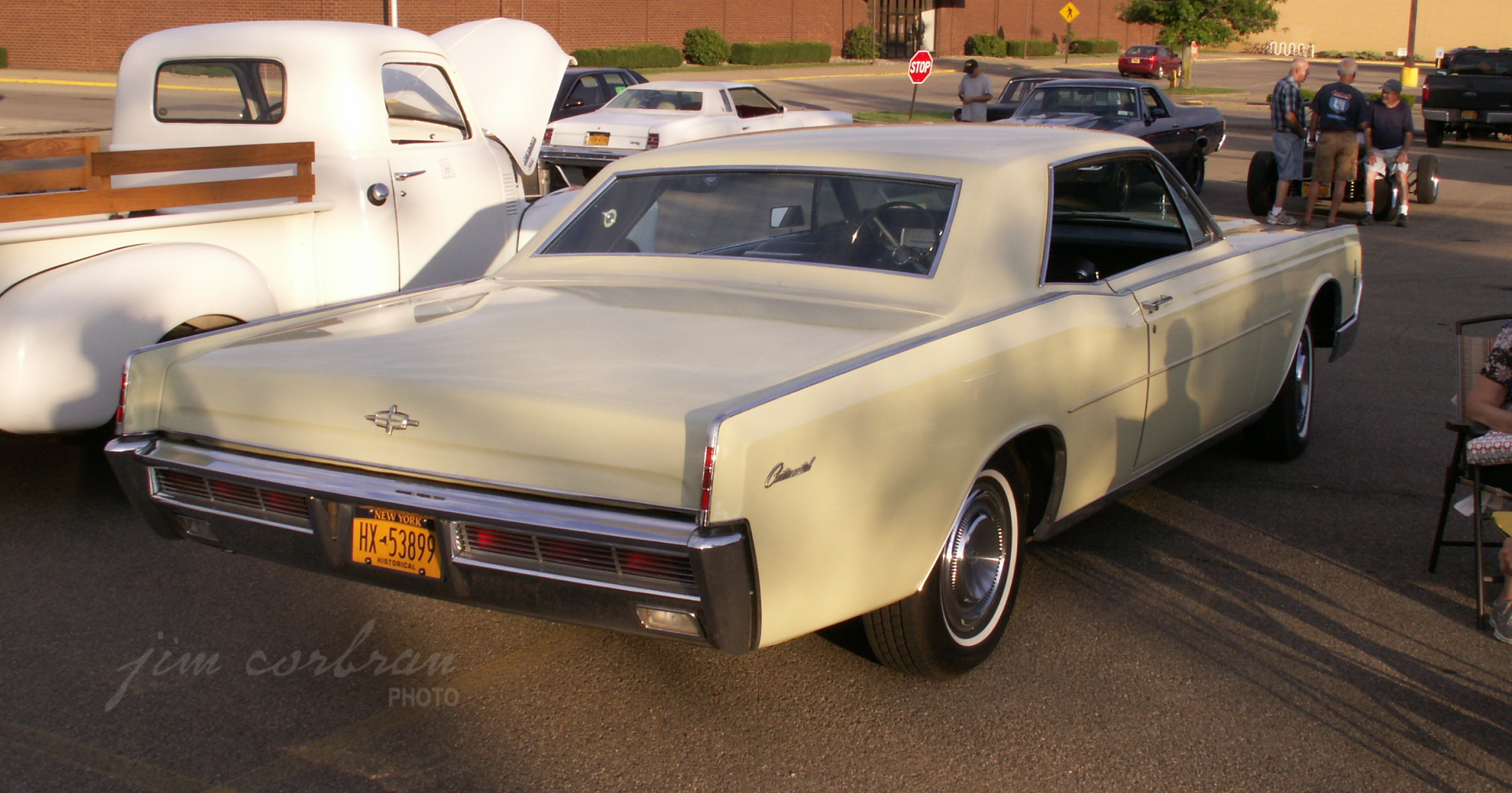 Yes, Virginia, there once was a time when large two-door cars were a thing. Take for instance, this 1966 Lincoln Continental, seen a few summers ago in Olean. When the new, suicide door-equipped Lincolns debuted for MY 1961, they were available only as four-doors, in sedan and convertible versions. The two-door hardtop made its first appearance for 1966, and it continued on until 1974. After that, the big two-doors were pillared coupes and not true hardtops. In 1980 they were downsized into two series: Town Cars (4-doors) and Town Coupés, and the Continental four-door sedan and two-door Coupé models.