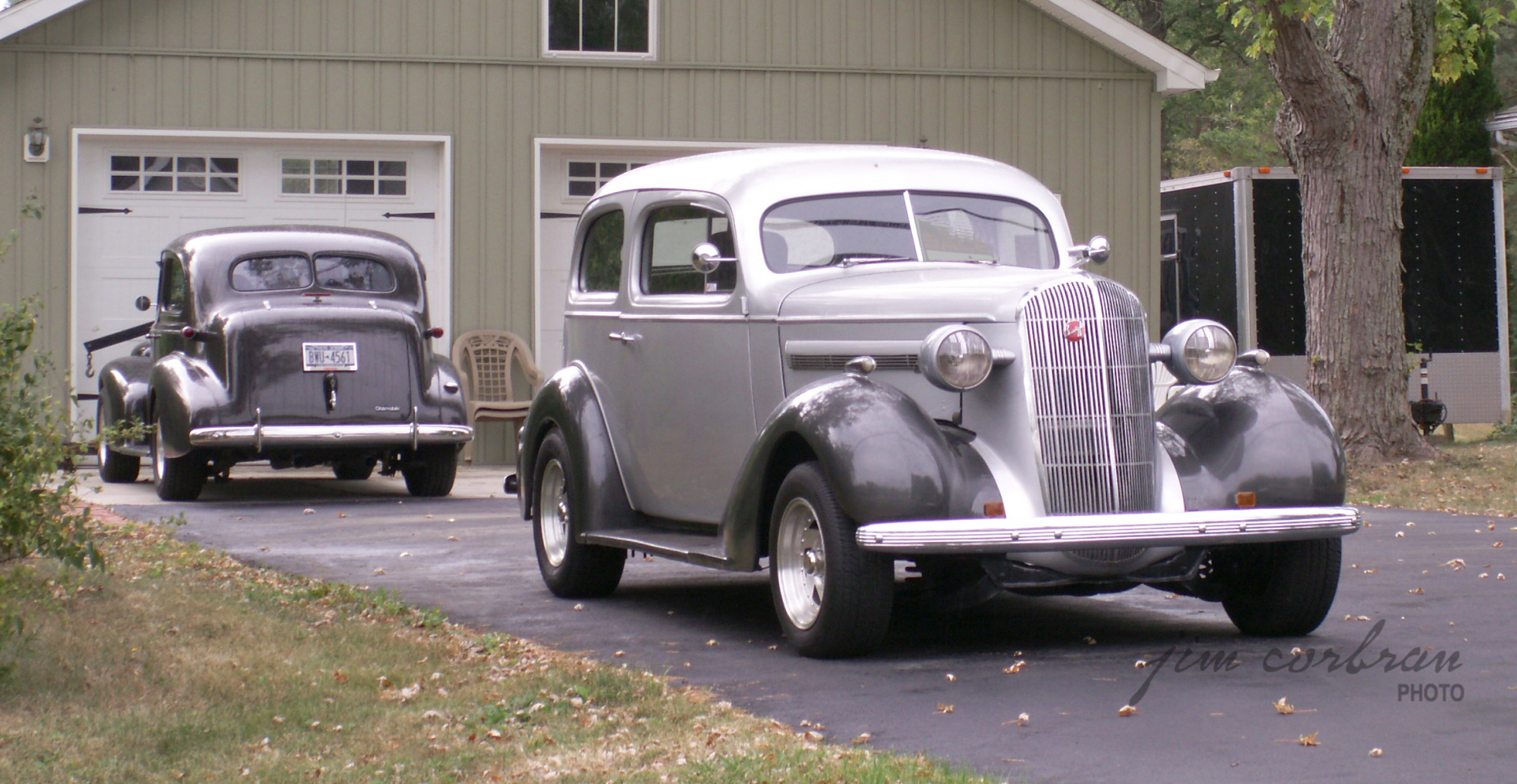 Today we have a two-fer — found quite a while back on Grand Island. The car on the left seems to be a 1938 Oldsmobile. They came only in a single series, with either an inline six or an inline eight. But there were seven different body styles in each; this one looks like the two-door Touring Sedan. The car on the right is a 1938 Buick Special. Just the opposite of Olds, Buick offered cars in four different series (also in numerous body styles), beginning with the Special and moving on up through the Century, Roadmaster, and the Limited. The Limited could be had as a h-u-g-e eight-passenger touring sedan with a 140-inch wheelbase. All engines were straight eights, with a 248CID in the Special, and a 320.2CID powering the rest.