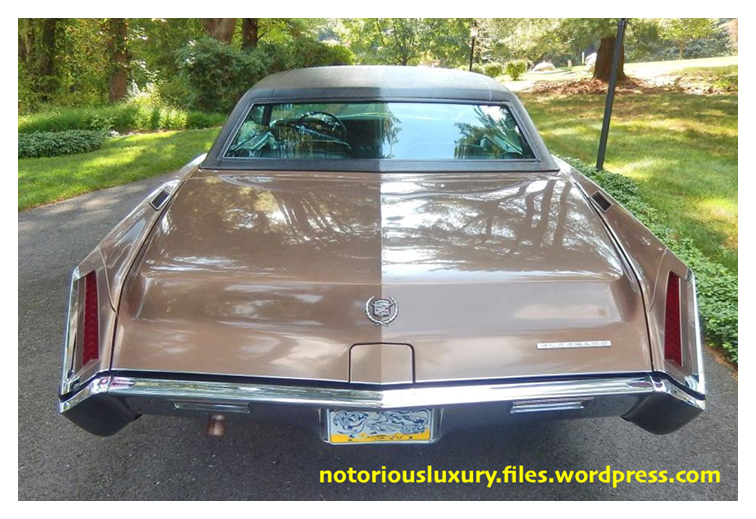 I’m not sure if this 1987 Cadillac Fleetwood Eldorado is missing a few trim bits, or has been mildly customized — besides the lack of badges, the gas door also seems to be gone from its spot on the trunklid just above the license plate (see photo at right). Either way, it’s a pretty clean look. The ’67 Eldo came along a year after Oldsmobile’s ground-breaking Toronado, giving Cadillac the second mass-produced front-wheel-drive American car in modern times. Cadillac decided to take advantage in its literature of the FWD setup, and it’s subsequent absence of a driveshaft tunnel, by touting the Eldo’s luxurious interior, with its unobstructed floor. Saw this one a summer or two ago in Tonawanda.