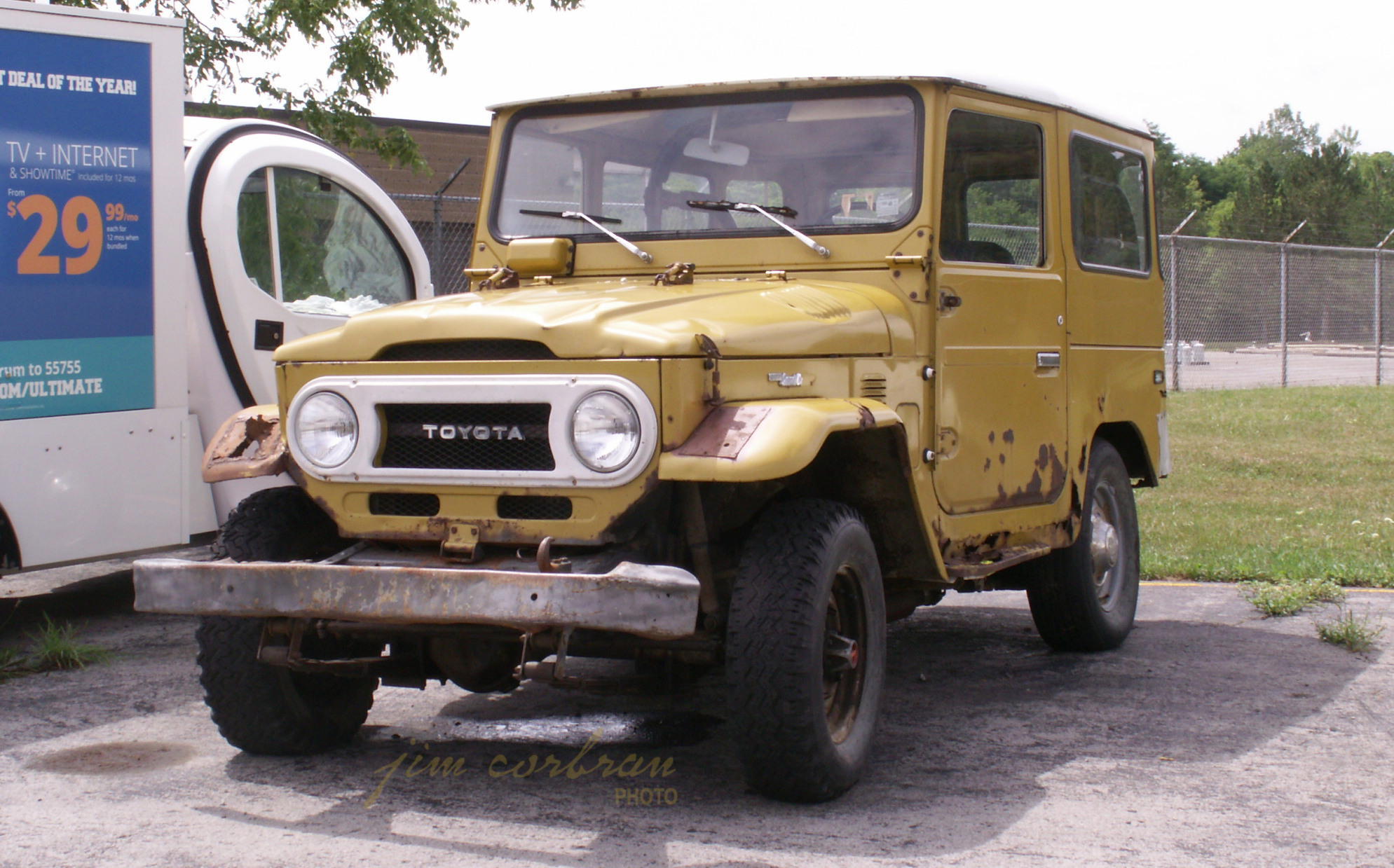 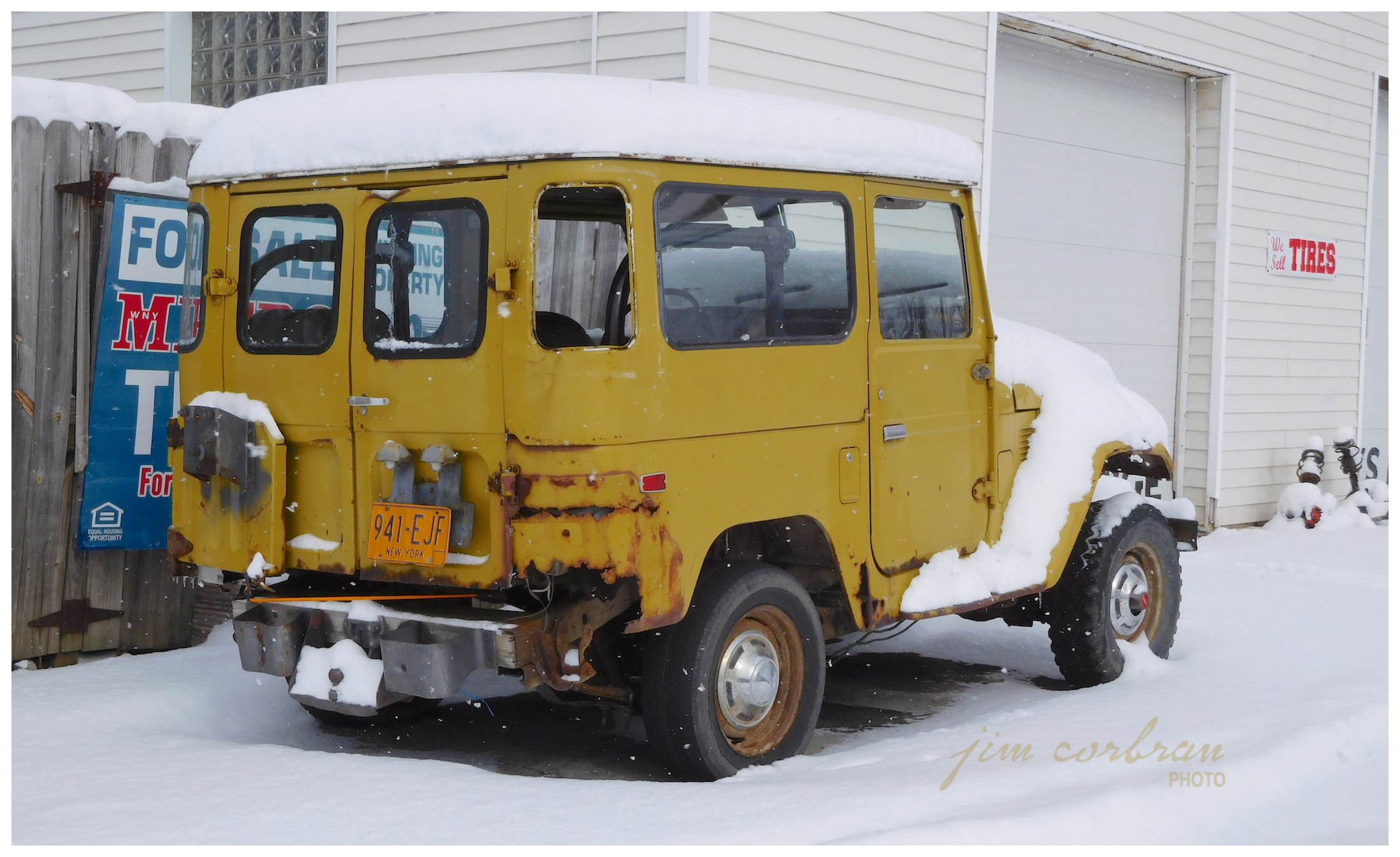 This 1970s-era Toyota Land Cruiser is proof that no manufacturer, no matter how good their quality reputation may be, is immune from the ravages of a WNY winter. As you can see, we came across this one twice; once semi-buried in the snows of East Auroraa few winters ago, another time later the following summer, when it had obviously been moved. Today’s RealRide looks just like the one in Toyota’s 1975 brochure. Buyers that year had a choice of this hardtop, a convertible, and a much longer station wagon. The Land Cruiser was larger than the Jeep CJ-5; IMO its main competition was more likely Britain’s Land Rovers. Although, in 1976, Jeep introduced a larger CJ-7 to help grab a piece of that niche for themselves.