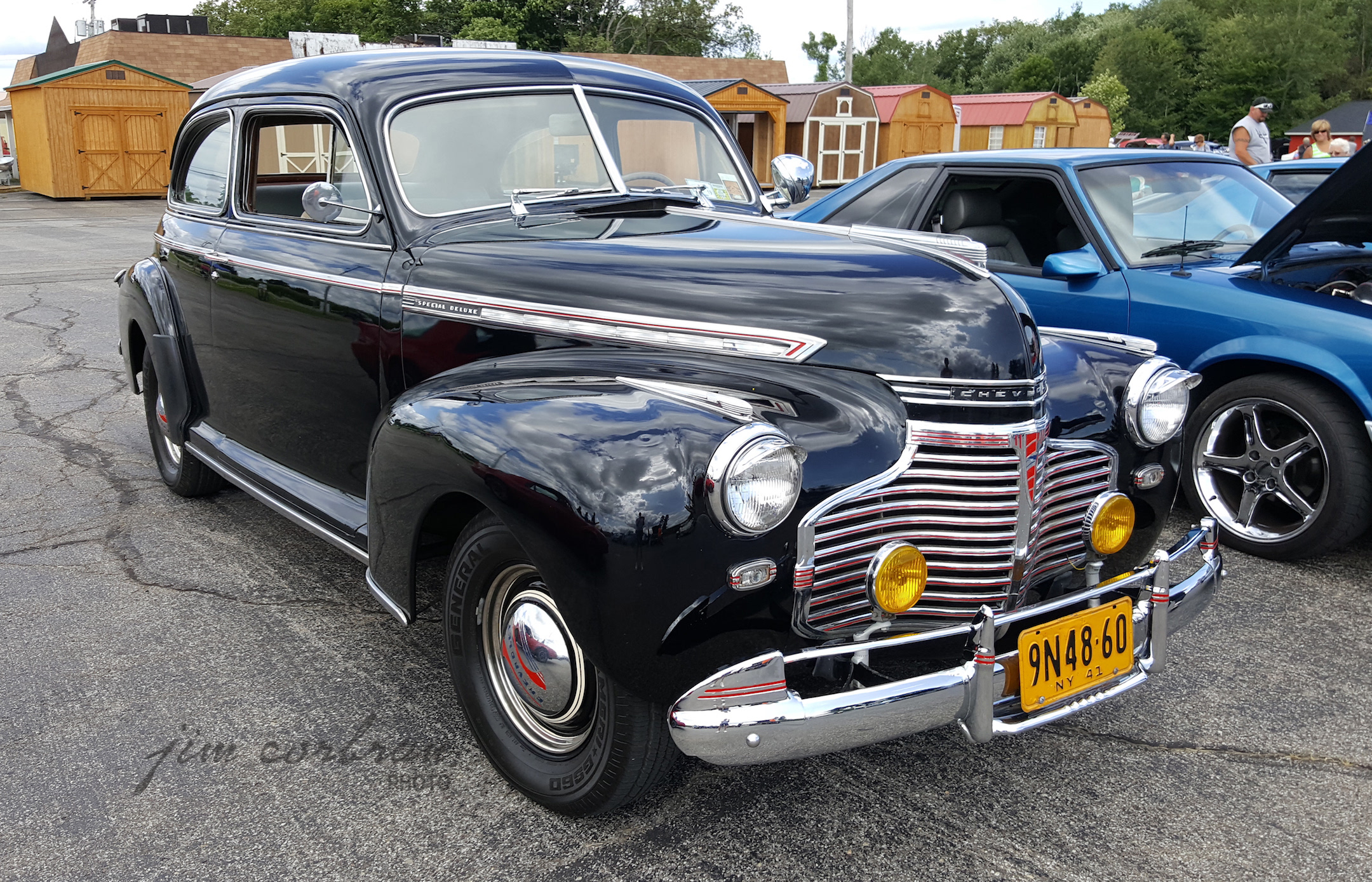 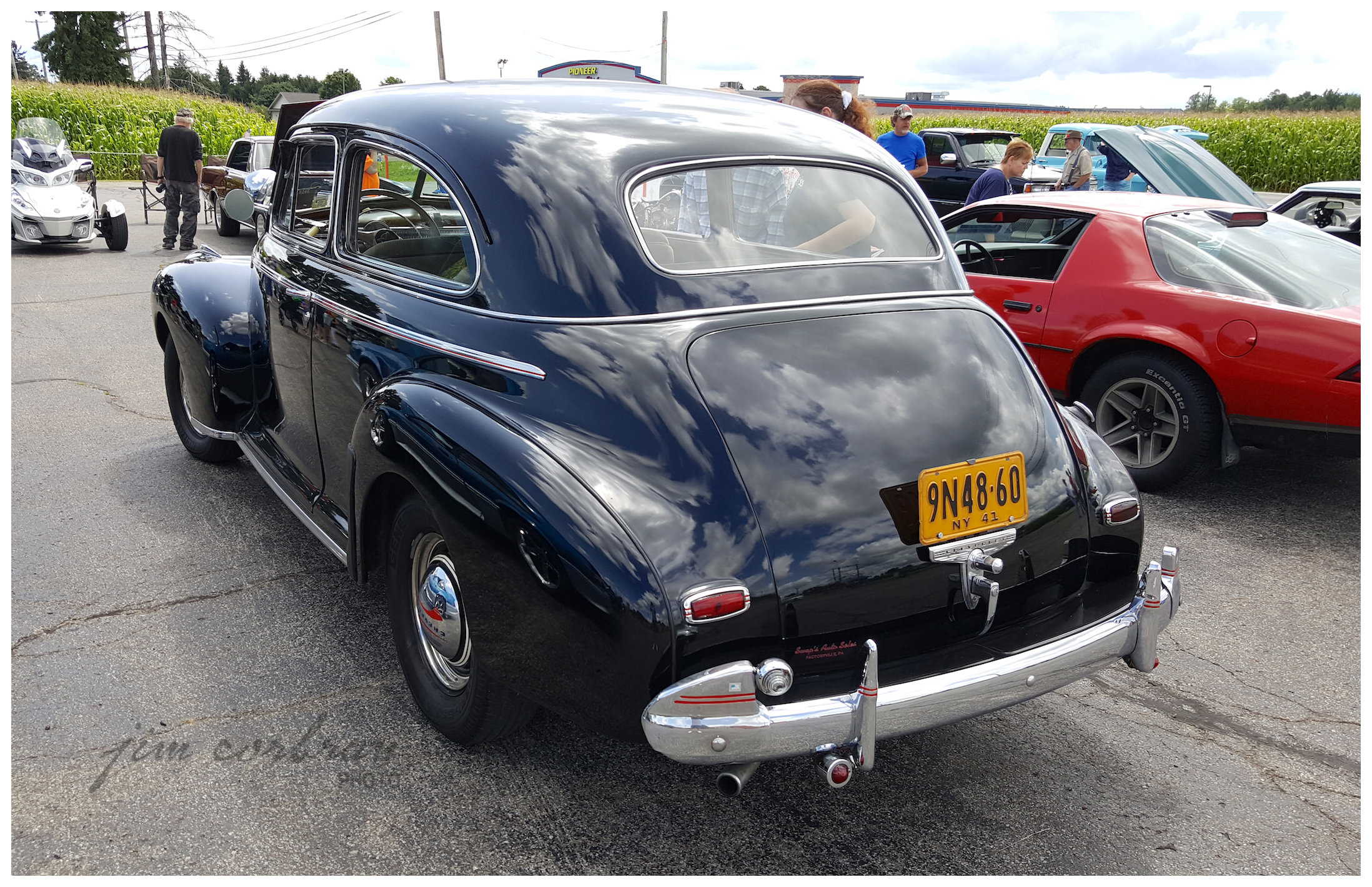 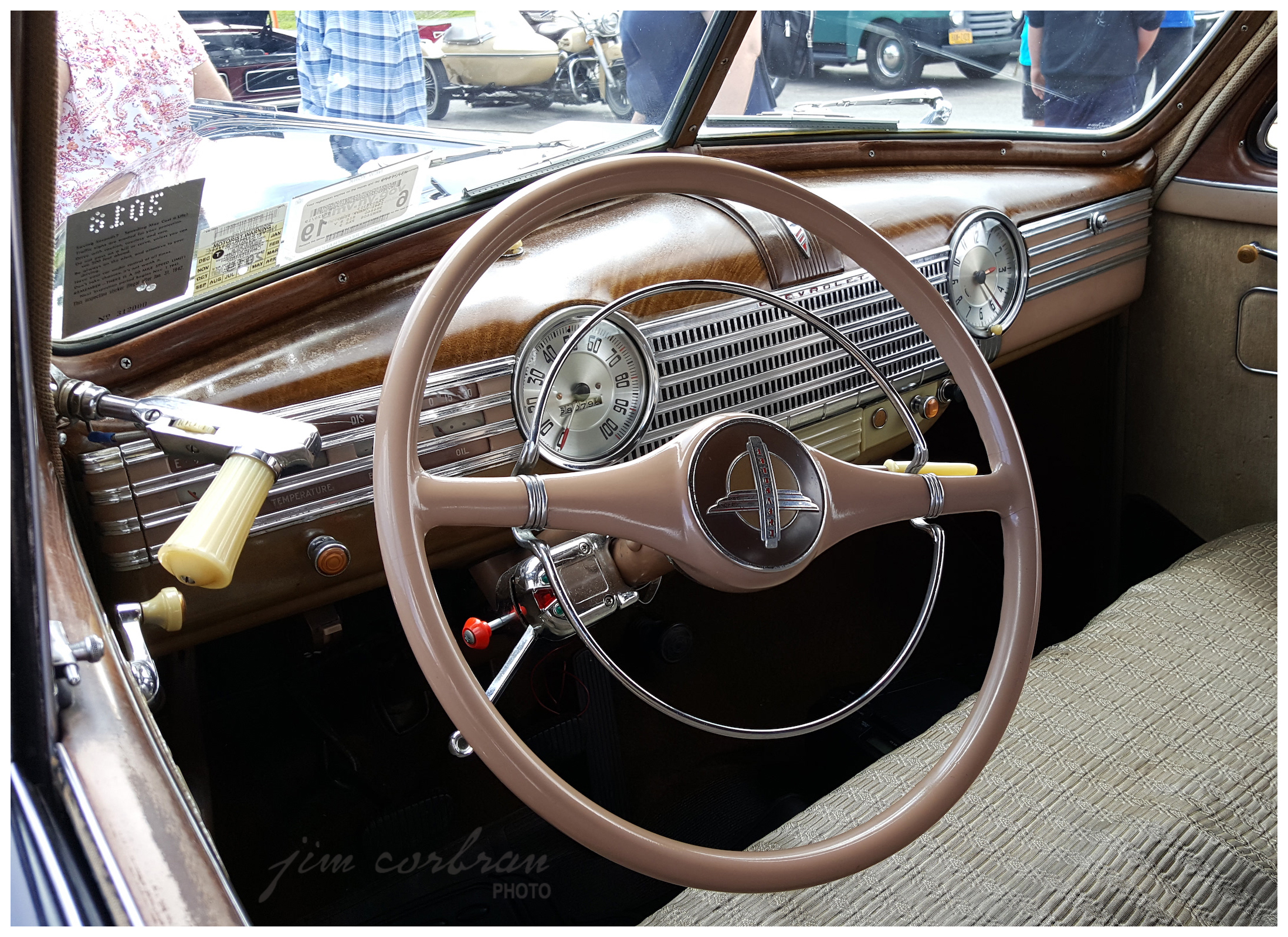 When the brochure for this 1941 Chevrolet Special Deluxe was being prepared, copywriters decided some of the features they’d mention would be (and we’re quoting here, punctuation and all): Ventilating rear quarter windows. Full-width front seat cushion with divided back. Two robe cords, two ash receivers, two arm rests, and foot rest, in rear seat compartment. Two coat hooks. First of all, were the proofreaders off that day? And second of all… two robe cords? Just what did they think would be going on back there? Lol… Saw this fine example last summer at a cruise-in at the old Earl’s Drive-In in Chaffee.