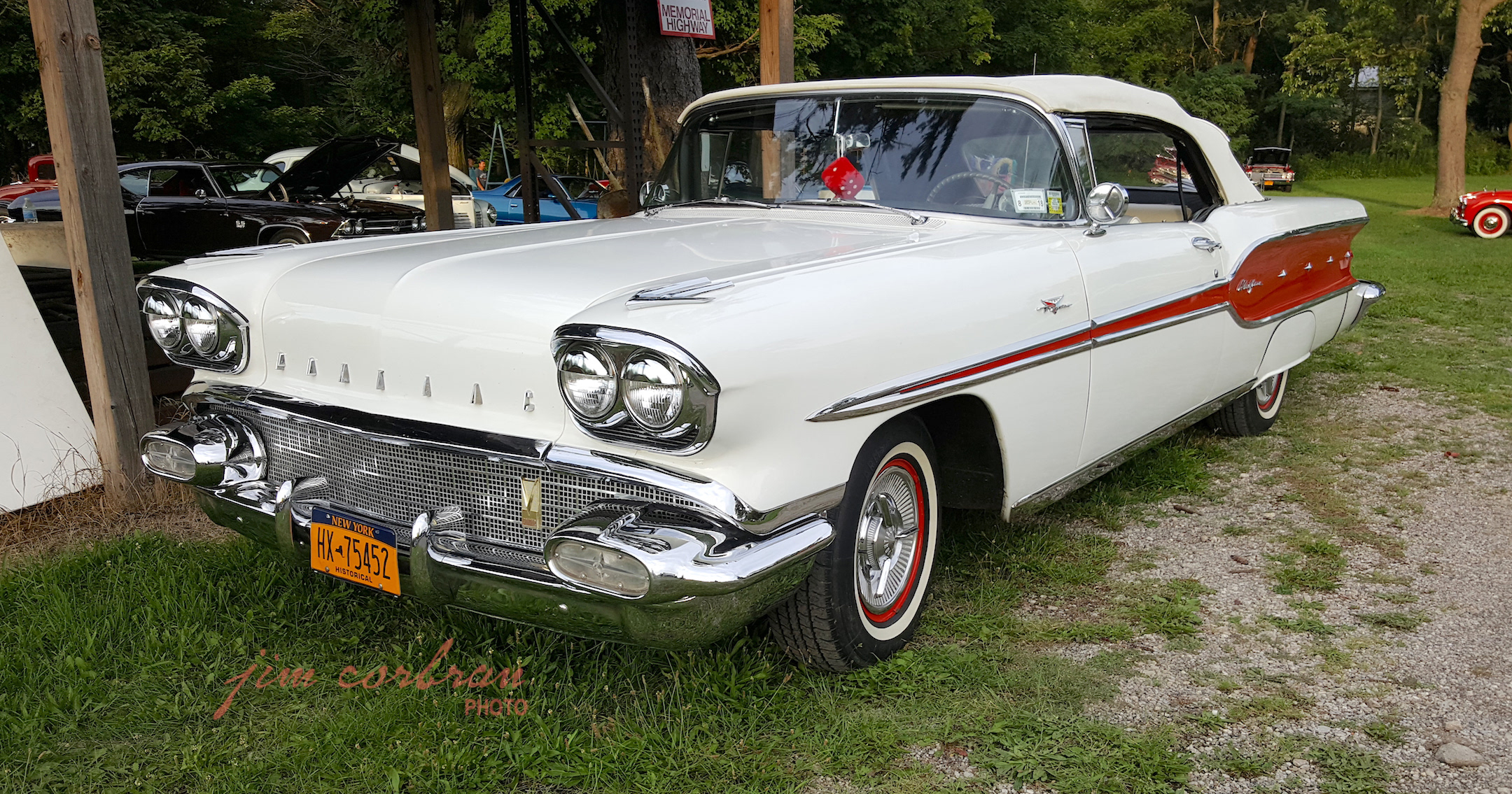 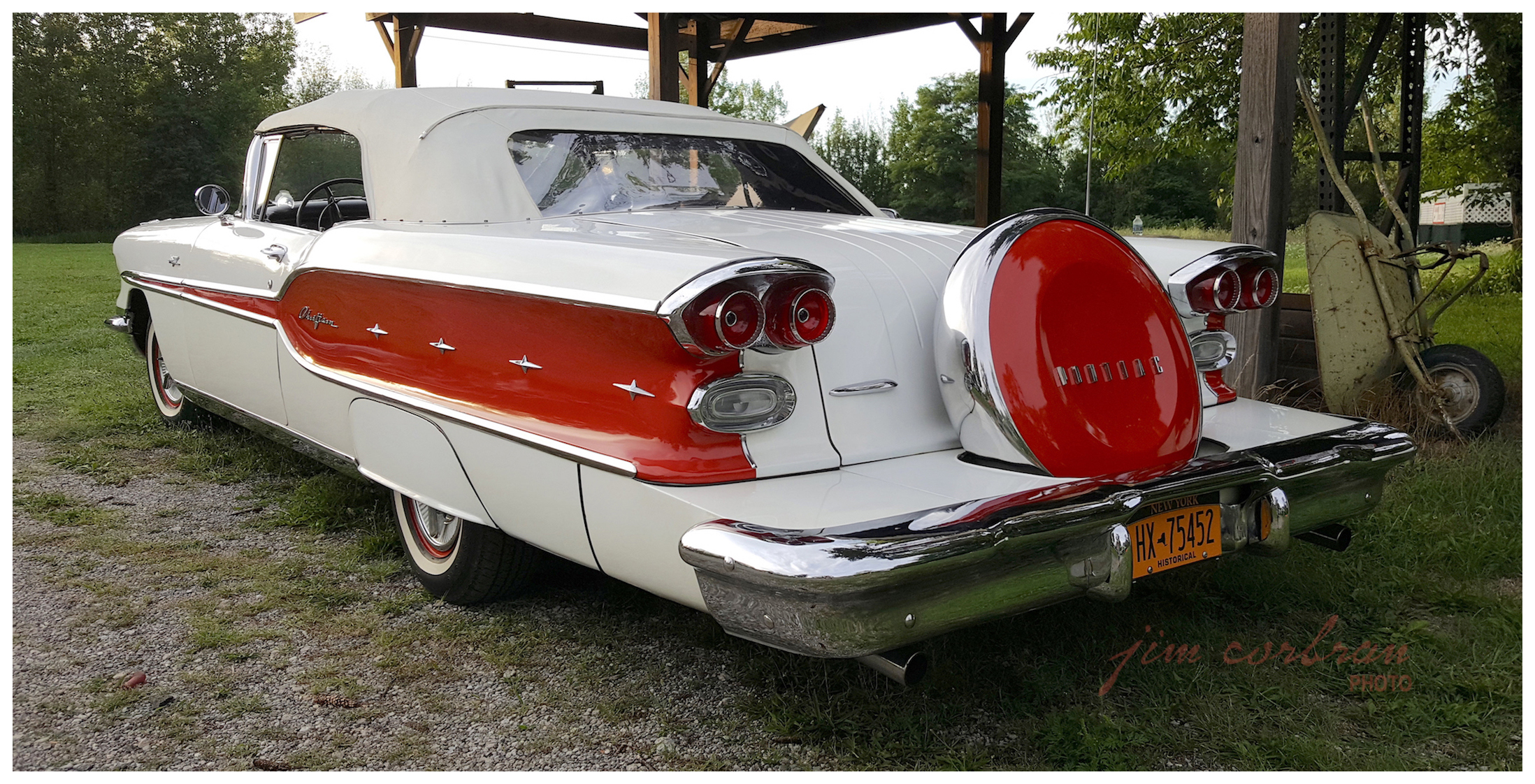 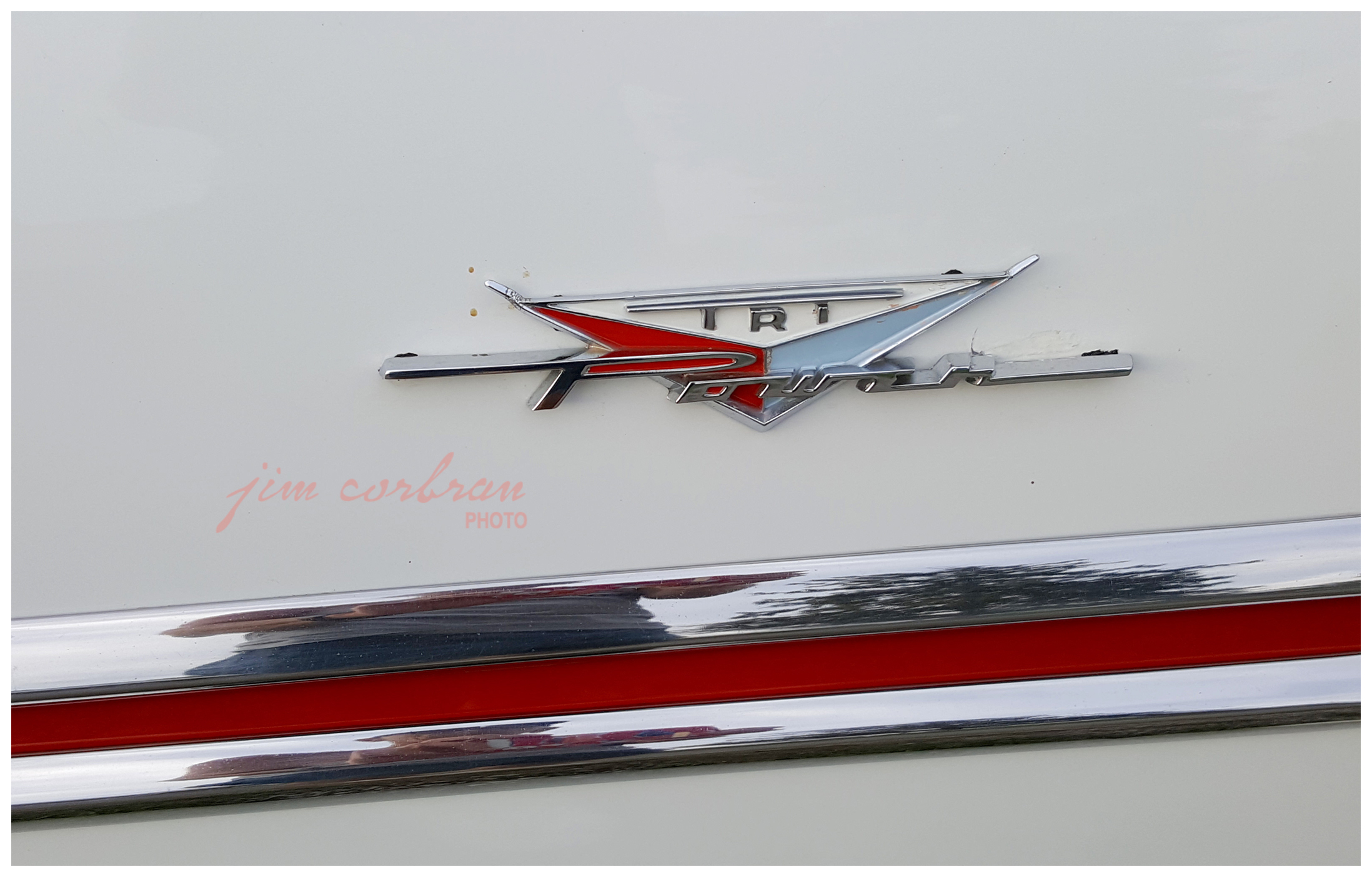 A quick glance at this 1958 Pontiac Chieftain might have you believe that it was Pontiac’s top of the line model… but you’d be wrong. The Chieftain was actually Pontiac’s entry-level nameplate, but this one has a few extra-cost goodies to liven it up a bit — including Pontiac’s Tri-Power carburetion setup, which was three Rochester two-barrel carbs sitting on top of a 370CID V-8. With the Tri-Power setup, it put out 300 hp. Seeing that this was the colorful 1950s, Chieftain convertible tops were offered in pink, blue, or green as well as the traditional black or white. This one was seen last summer at a cruise night at Hamburg’s Moose Lodge.