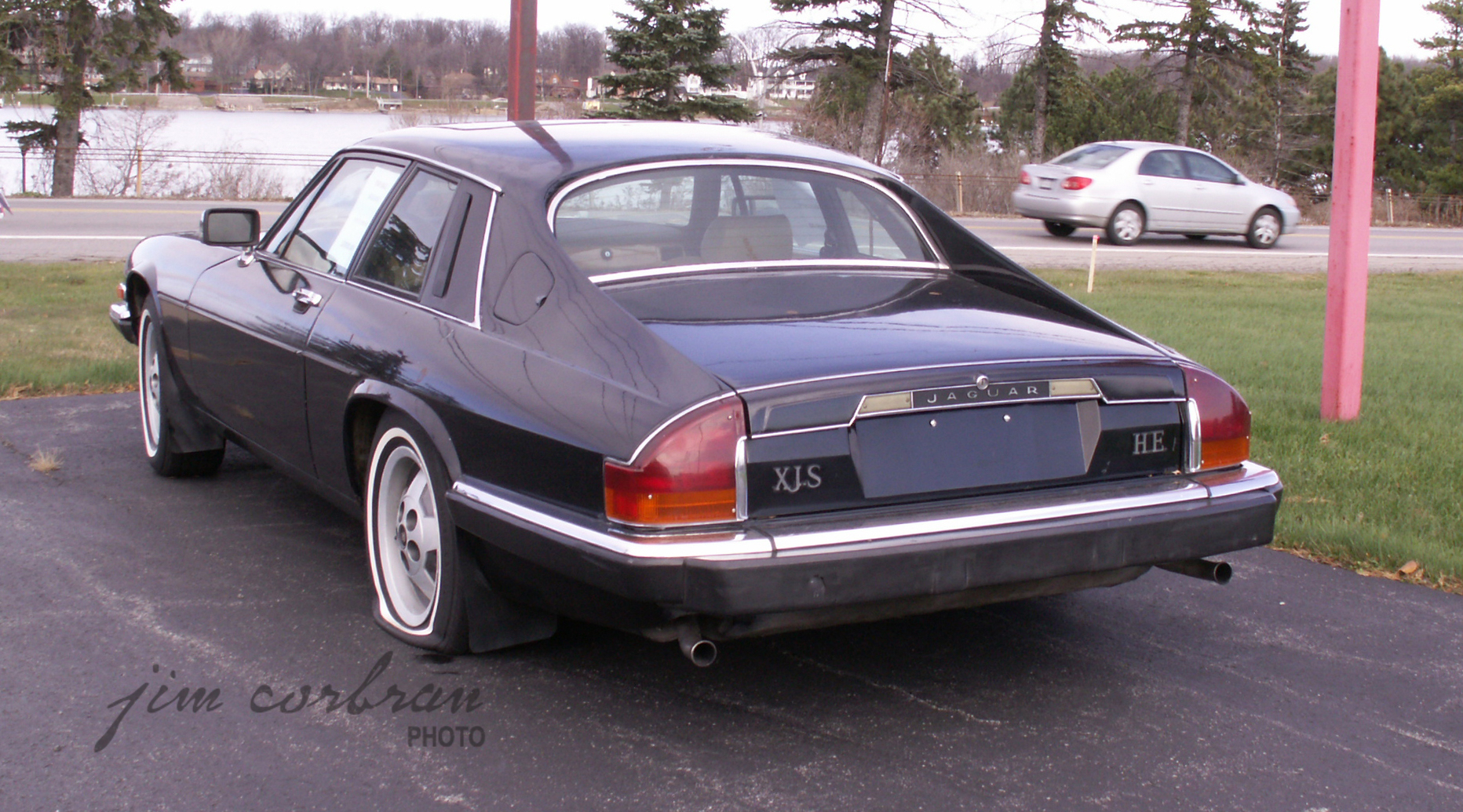 If you’re wondering what the “HE” stands for on the hind end of this 1980s Jaguar XJ-S HE, that would be high efficiency. Which seems rather absurd in a car with a V-12 engine lurking under the bonnet. A new engine design was said to give a power increase to 295 hp. Automobile-catalog.com lists the HE fuel “economy” at a paltry 14 mpg. An improvement from the previous model’s 11.6 mpg for sure, but high efficiency? Not from where I stand. The XJ-S was developed, or so Jaguar thought, to replace the aging and much beloved XK-E, but the XJ turned out to be a different class of car. It was a tough act to follow, what with the XK-E being called by many in the industry (and the buying public) The Most Beautiful Car. Ever. The XJ series, while handsome, didn’t quite get those same accolades. And many of the XJs you see today are like this one, which was seen a few years ago in Tonawanda, sitting off to the side, with at least one flat tire.