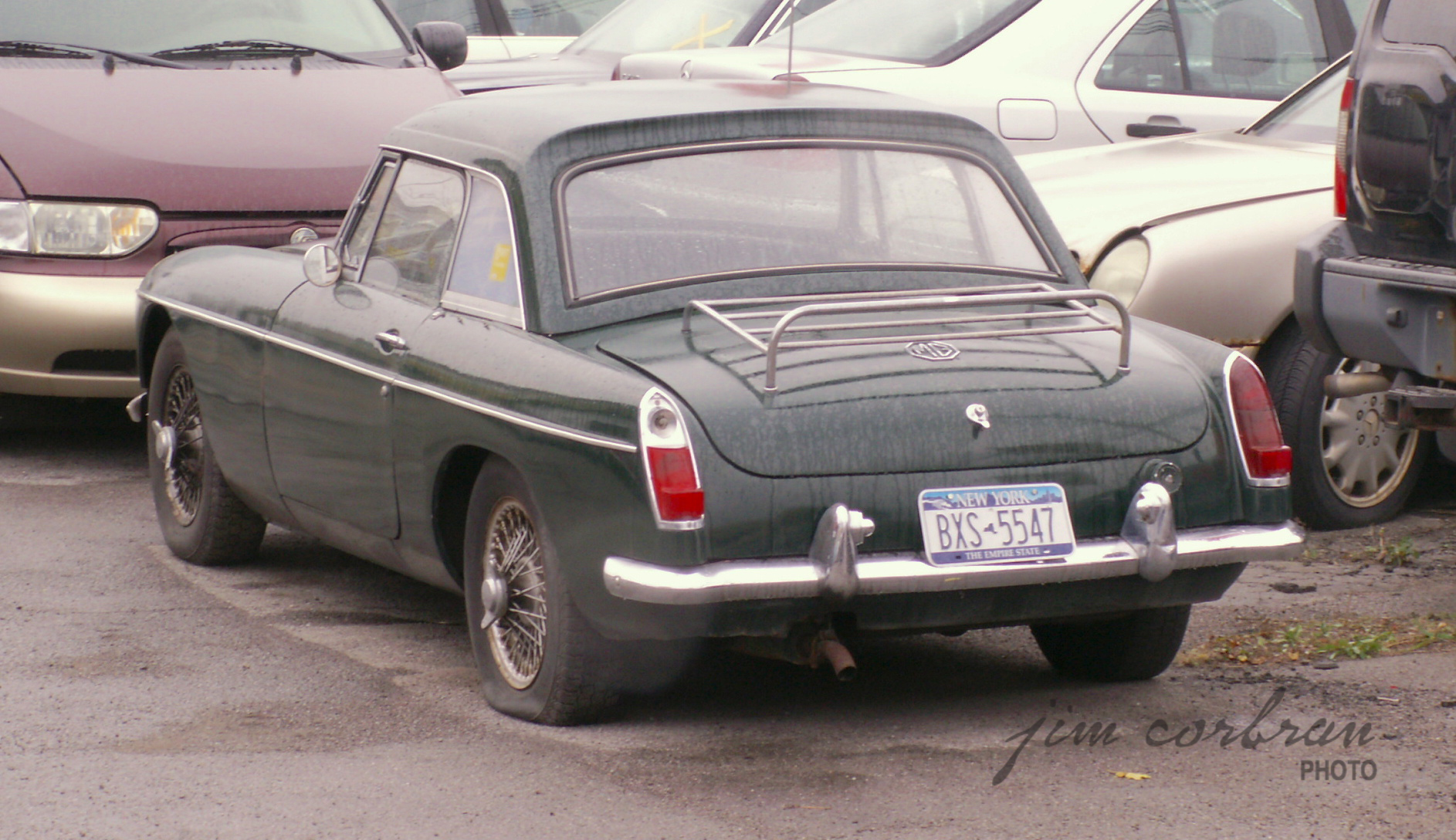 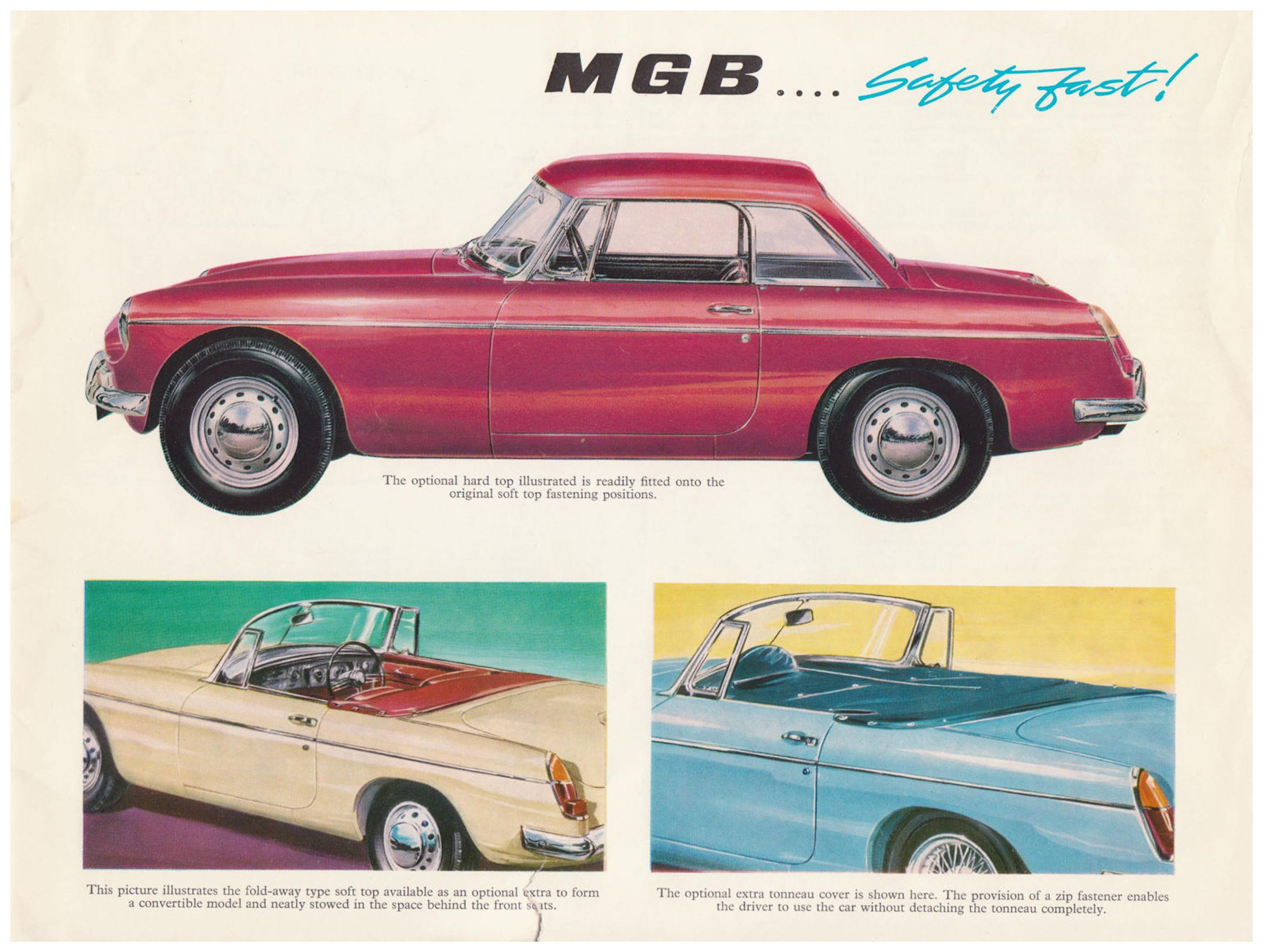 We learned a few things while researching this 1966 MGB, seen a couple of summers ago in Kenmore: the hard top seen here, which we’d assumed was some sort of aftermarket buy, was actually a factory option (see brochure page illustration at right);the wire wheels, which seem to be on just about every old MG still in existence, were also optional; and even in 1966, the MGB had twin 6-volt batteries (mounted behind the seats) powering its electrical system. Six-volt batteries! In 1966! One other thing mentioned in the brochure was something that BMC (British Motor Corporation) called occasional rear seating — a feature most owners probably referred to as the place for my briefcase.  The 1966 MGB was available in five colors: Tartan Red, Old English White, Mineral Blue, Black, and, like today’s example, British Racing Green.