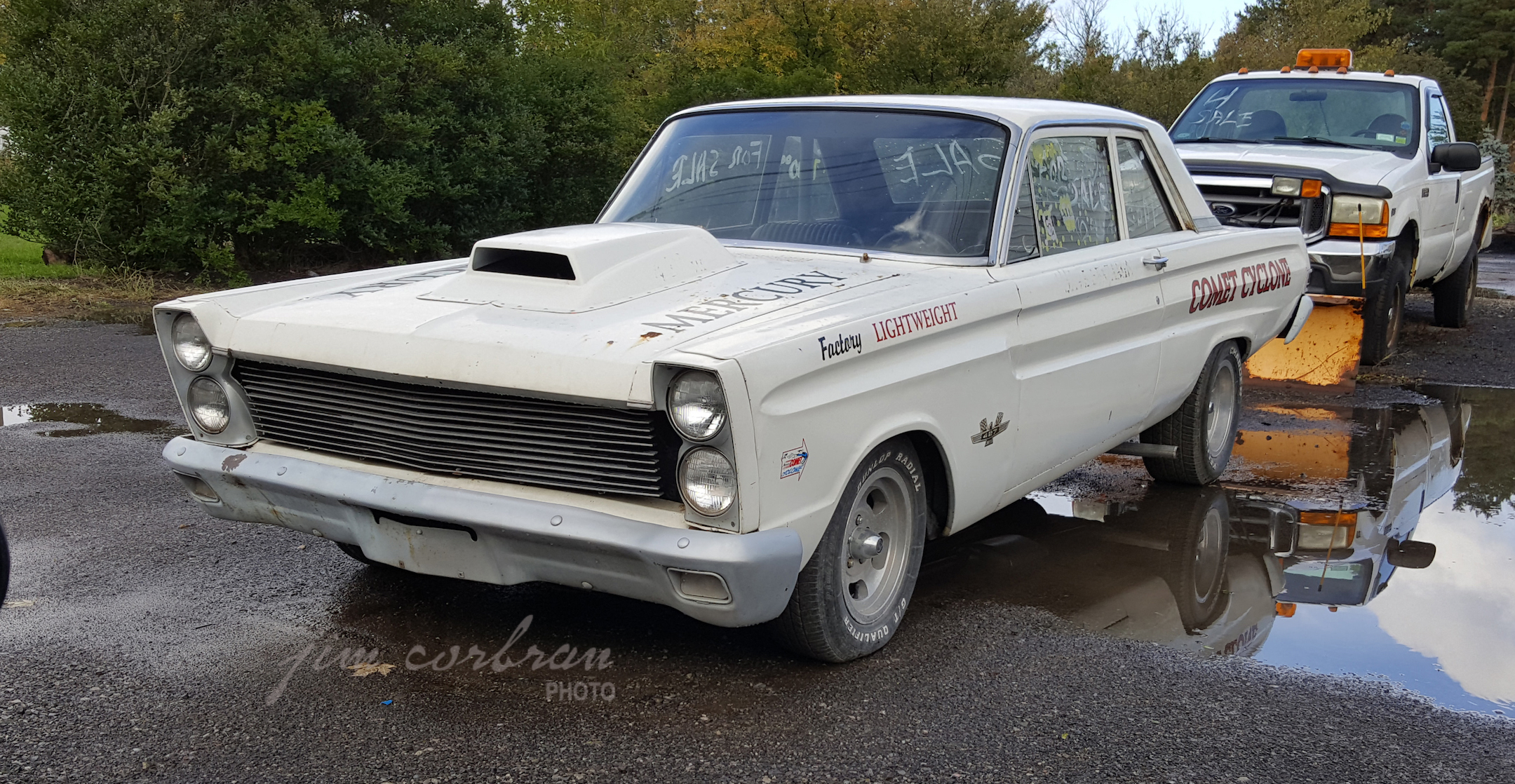 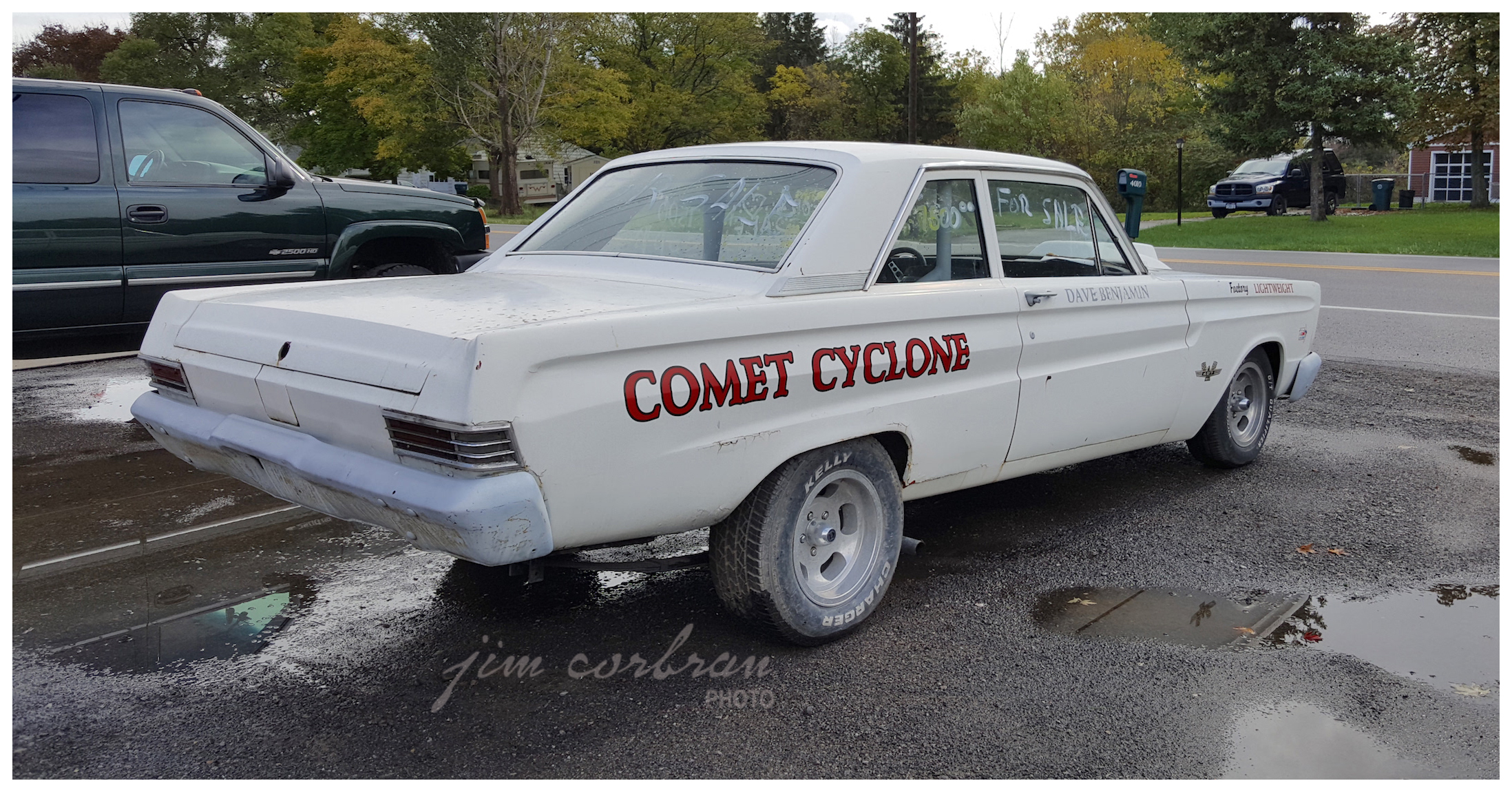 If your daily commute is getting to be a grind, we noticed that this 1965 Mercury Comet has been put up for sale, where we found it outside of a Pendleton repair garage. The fender badge indicates that there’s a Ford 427 under the hood, and above that are graphics which tell us it’s a factory lightweight, so I’m sure it’s great on gas! Didn’t get a peek inside to count the cupholders though, Lol. Of course, for 1965 the 427 was not an option in the Comet. The standard engine was Ford’s 200CID six, which put out 120 hp; optional were two different 289CID V-8s, of 200 and 225 hp. One neat feature which Mercury pointed out in their literature, was the Emergency flasher—includes instrument panel control which blinks all turn signals, both front and rear, simultaneously for emergency use. Boy, the things we take for granted these days!