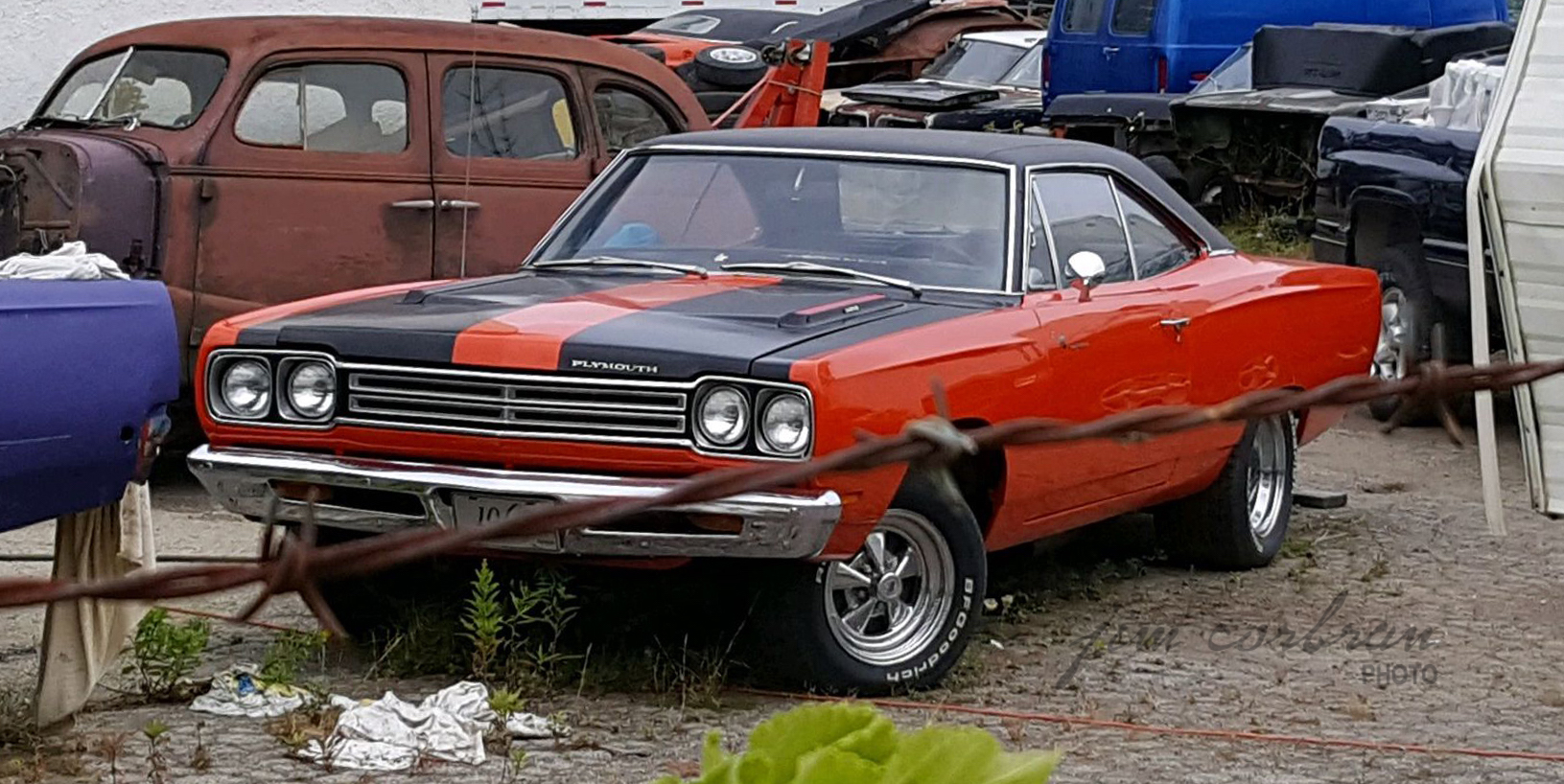 Not sure if the barbed wire is here to keep this 1969 Plymouth Road Runner in, or to keep onlookers (like the RealRides photographer — me) out. This was the Road Runner’s second year of production, and it was already straying from its initial goal of being a stripped-down muscle car. The original 1968 Road Runner was available as a two-door pillared coupe, the Plymouth Satellite’s cheapest body style, with huge Mopar engines stuffed under the hoods. As we can see here, by 1969 the Road Runner lineup expanded to the pricier two-door hardtop model (as well as a convertible). Not sure what the thinking was there, as these two were also available in the more upscale GTX high-performance model (not to mention the Satellite and Sport Satellite as well). Saw this nice-looking red example last summer in Port Colbourne.