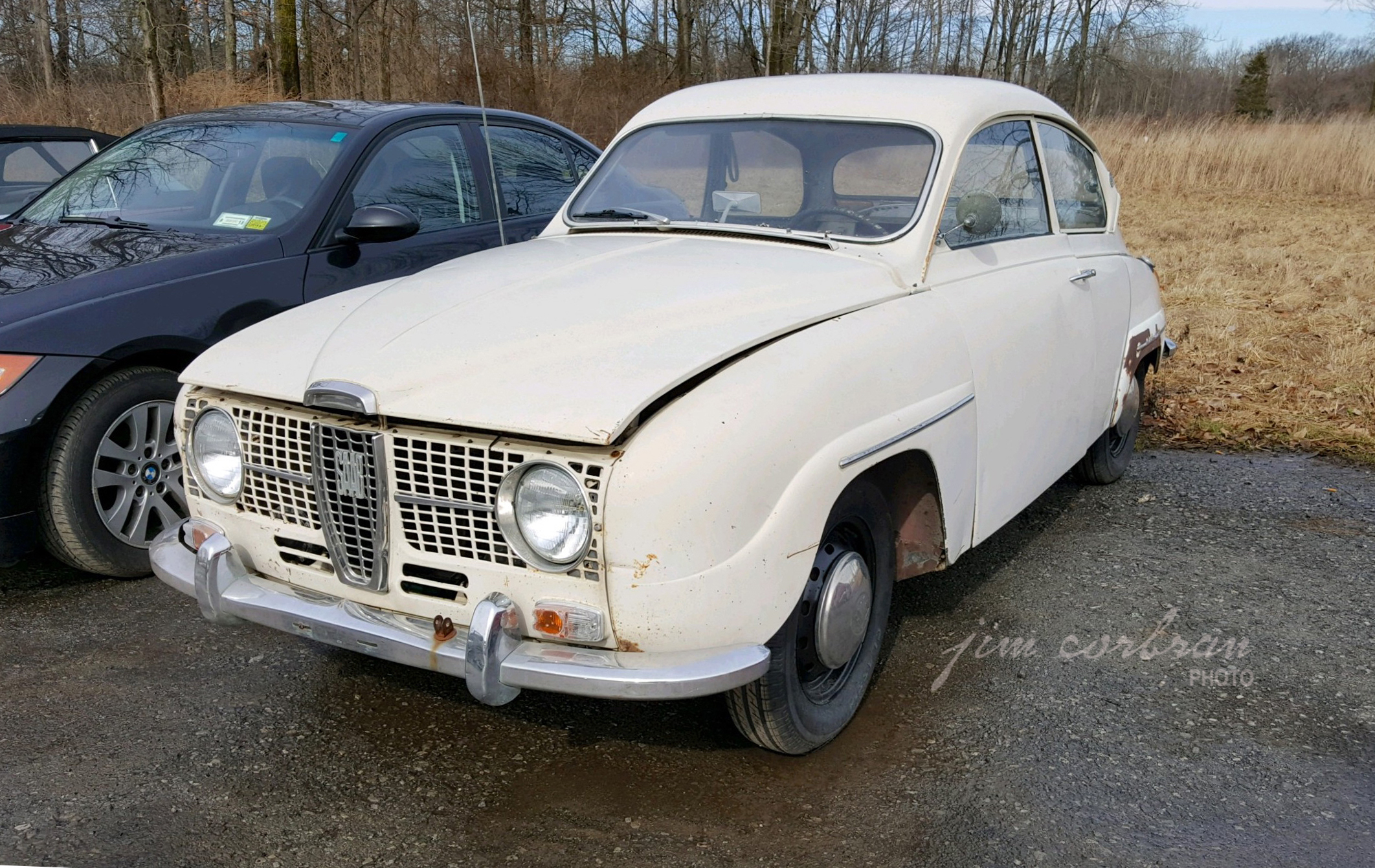 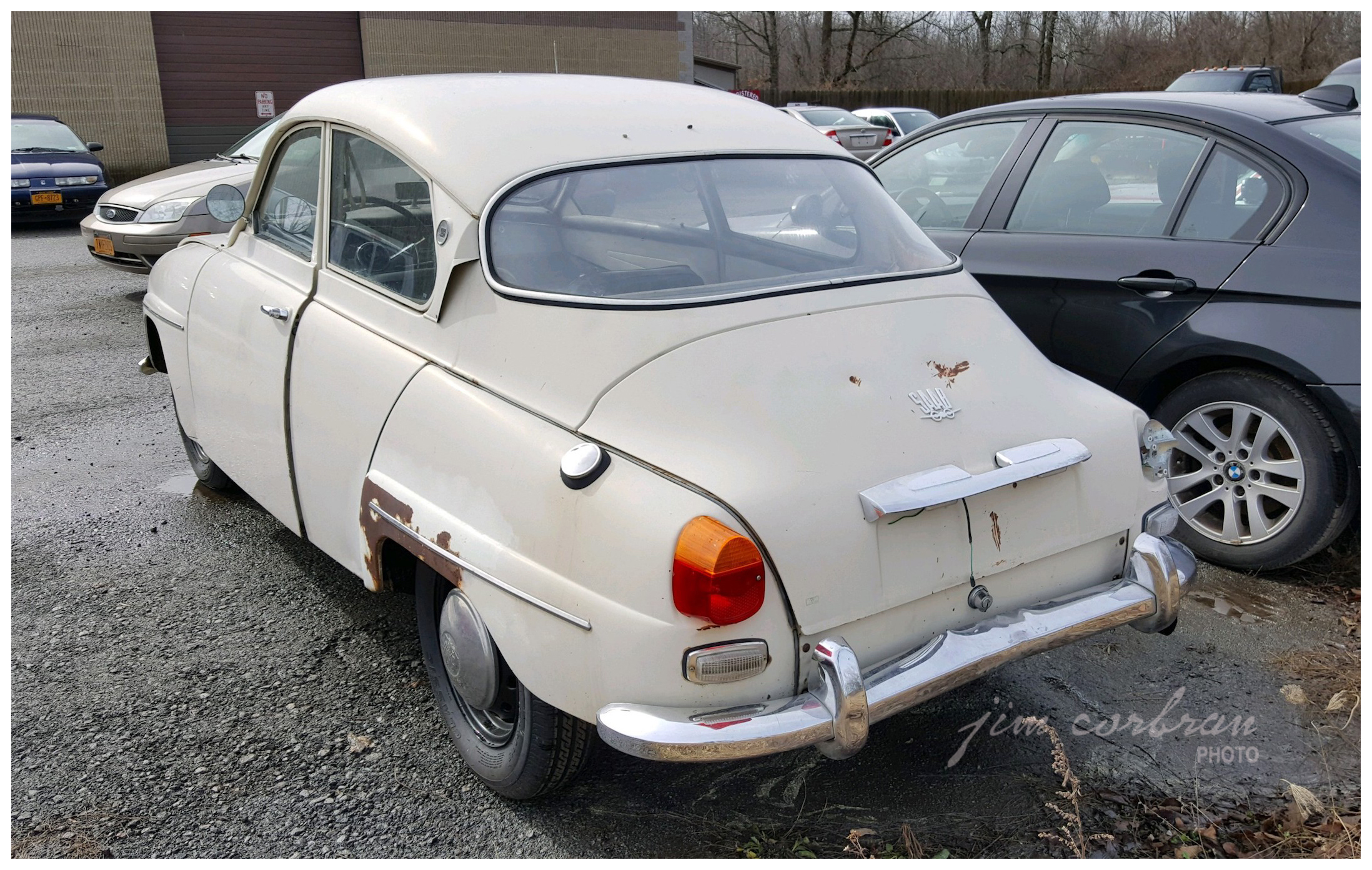 There was a time when many foreign makes were what we Americans considered to be funny-shaped little cars. This Saab 96, c1966, is just one example. Its shape wasn’t the only thing foreign to many US car owners; under the hood was a three-cylinder, two-stroke engine of 51.3 cu. in. which was rated at a massive 44 hp. To top that off, optional was a four-speed manual transmission with a column-mounted shifter — an unheard-of (in America at least) four-on-the-tree! Saabs were manufactured in Sweden by Svenska Aeroplan Aktiebolaget (SAAB Aircraft Co.) in Trollhättan. This one was awaiting a restoration in Youngstown a few summers ago.