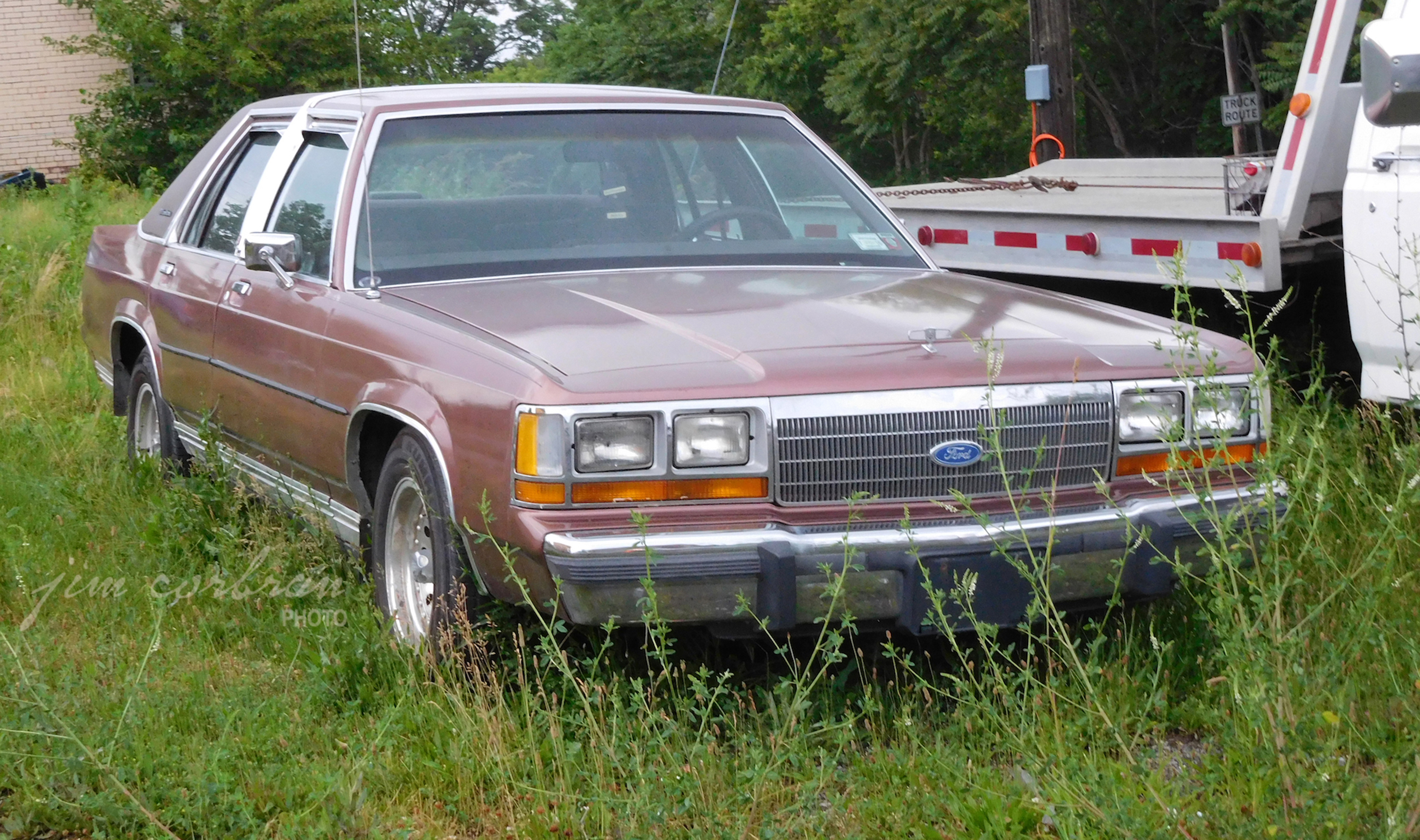 Back when some of us were kids, we thought nothing of cars the size of this Ford LTD Crown Victoria, because there was usually a similarly-sized car in almost everyone’s driveway. But by the time these Crown Vics were on sale (this body style lasted from 1988-1991), it was considered a very large car because, well, because it was a very large car! Six passengers could ride in comfort, with the added bonus of a back seat large enough for three kids to sit in without having to touch each other! And the trunk held 22.4 cu. ft. of stuff (or people sneaking into a drive-in theater). And if the four-door sedan model wasn’t big enough for you, there was still a Crown Vic station wagon on offer with available dual-facing third-row seating. This brown four-door was seen a few summers ago in Niagara Falls.