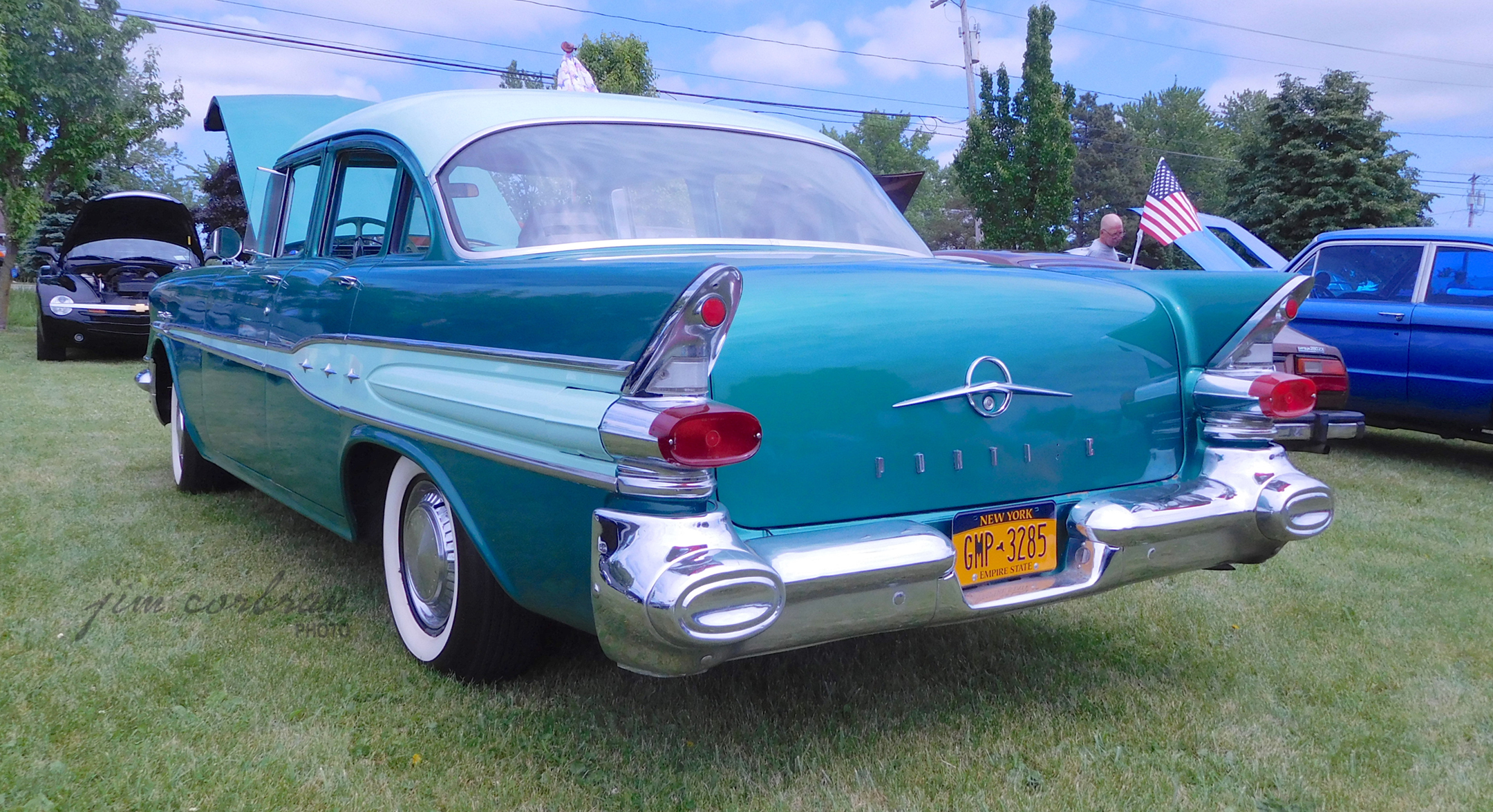 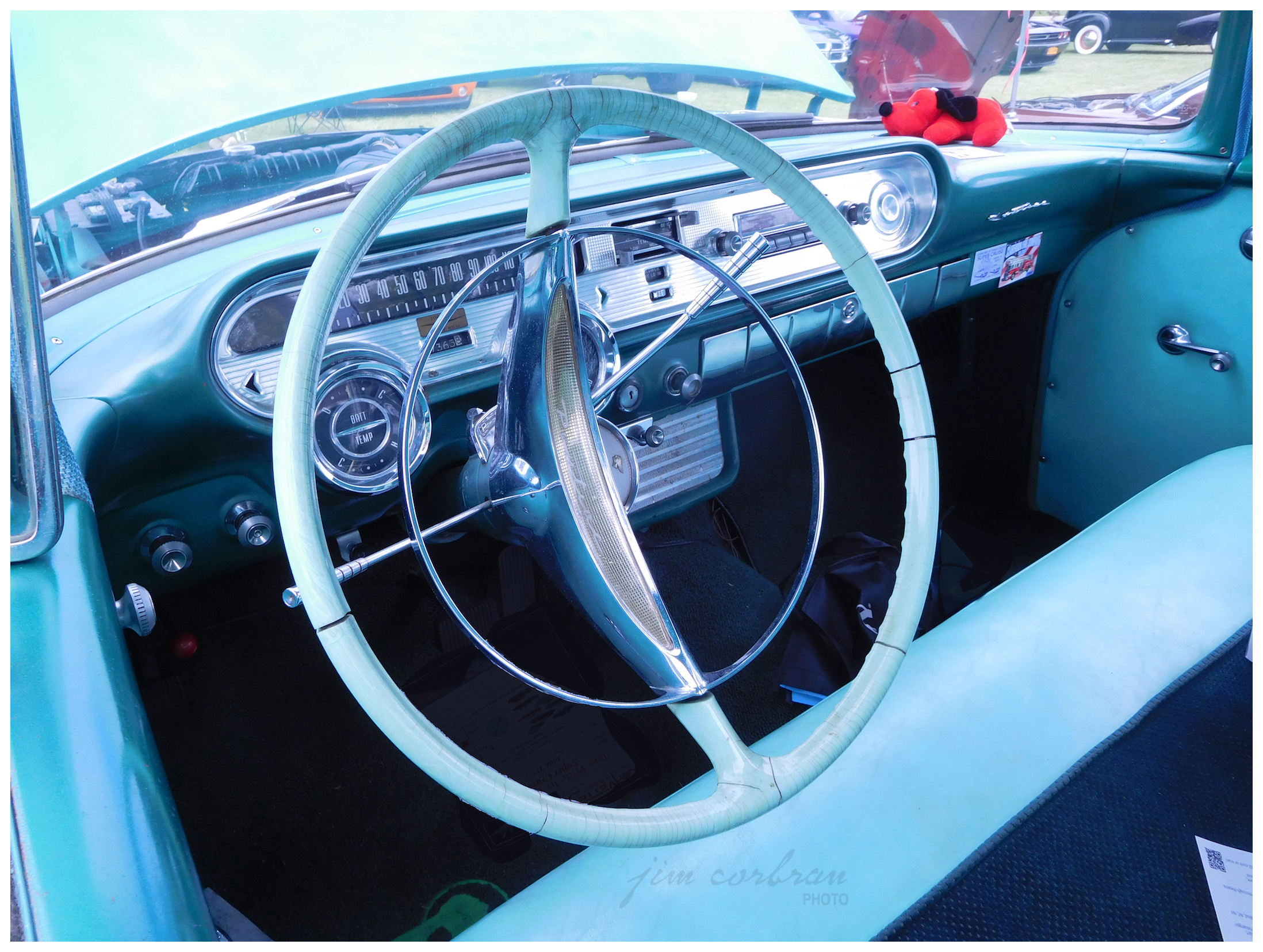 Yes, I’m sure a lot of foreheads were cracked open against 1950s-era American car metal dashboards, but you’ve got to admit they were much more interesting from an artistic standpoint than the instrument panels of today. This 1957 Pontiac Chieftain is certainly a good example. Just the color alone sets it miles apart from the boringness of the mostly-black dashes we see these days. The Chieftain was the bottom rung of the Pontiac ladder for 1957, with a starting MSRP of $2,527 for this four-door sedan. It was also available as a two-door sedan, as well as two-and four door Catalinas (Pontiac-speak for pillar-less hardtop), and two- and four-door station wagons. Saw this two-tone green sedan last summer at a car show on the grounds of the Niagara County SPCA in Niagara Falls.